The Miami Heat ended their road trip out west as they played in the Staples Center against the Los Angeles Lakers. Last season, the Lakers won both contests against the Heat, led by LeBron James. The Heat would be without Justise Winslow, Udonis Haslem, Dion Waiters, and KZ Okpala for this game.

The Lakers went on a thirteen to two run, led by Avery Bradley, Anthony Davis, and Danny Green, before Jimmy Butler ended the run with a fadeaway jumper and a reverse layup for Miami. After a jumper from Davis for the Lakers, Miami responded with a ten to three run, led by rookies Kendrick Nunn and Tyler Herro, plus Goran Dragic. Alex Caruso and Davis ended the run for with a few baskets of their own. By the end of the first quarter, the Lakers led 28 to 21.

The Heat looked to only get back in the game, but to also take the lead in the contest as Herro and Duncan Robinson knocked down a three-pointer each, plus a steal and a breakaway dunk from Bam Adebayo, but the Lakers continued to put up baskets Kyle Kuzma and Caruso. With the Lakers leading 34 to 31, both teams went back and forth trading baskets before Nunn would put Miami ahead with a go-ahead basket. The Heat’s lead would not last long as Dwight Howard and Davis would put the Lakers ahead, but barely. By halftime, the Lakers led 48 to 46.

Miami went on a fourteen to six run to start the fourth quarter, looking to will themselves back into the game, but mishaps such as a three second violation in the key and a five second violation for not inbounding the ball, led to the Lakers taking advantage, leading to baskets from LeBron, Davis, and Caruso. With the Lakers ahead 92 to 77, they would cruise their way into victory with a 95 to 80 victory.

Tough loss for the Heat, and a bad way to end a road trip. Miami were 1-2 in their three game road trip, with their only win coming against the Phoenix Suns. The Heat were dreadful from beyond the arc, shooting 17 percent from the three-point line, and they were 28 for 80 from the rest of the field. This was a poor night of offense shown by the Heat.

For the Heat, Jimmy Butler had 22 points, Goran Dragic with 19 points, Bam Adebayo made 11 points, and Kendrick Nunn with 10 points.

For the Lakers, Anthony Davis led the way with 26 points , and LeBron James had 25 points.

The Heat will have three days off as they return back to the American Airlines Arena to host the Detroit Pistons. Game starts Tuesday at 7:30pm and will be televised locally on Sun Sports. 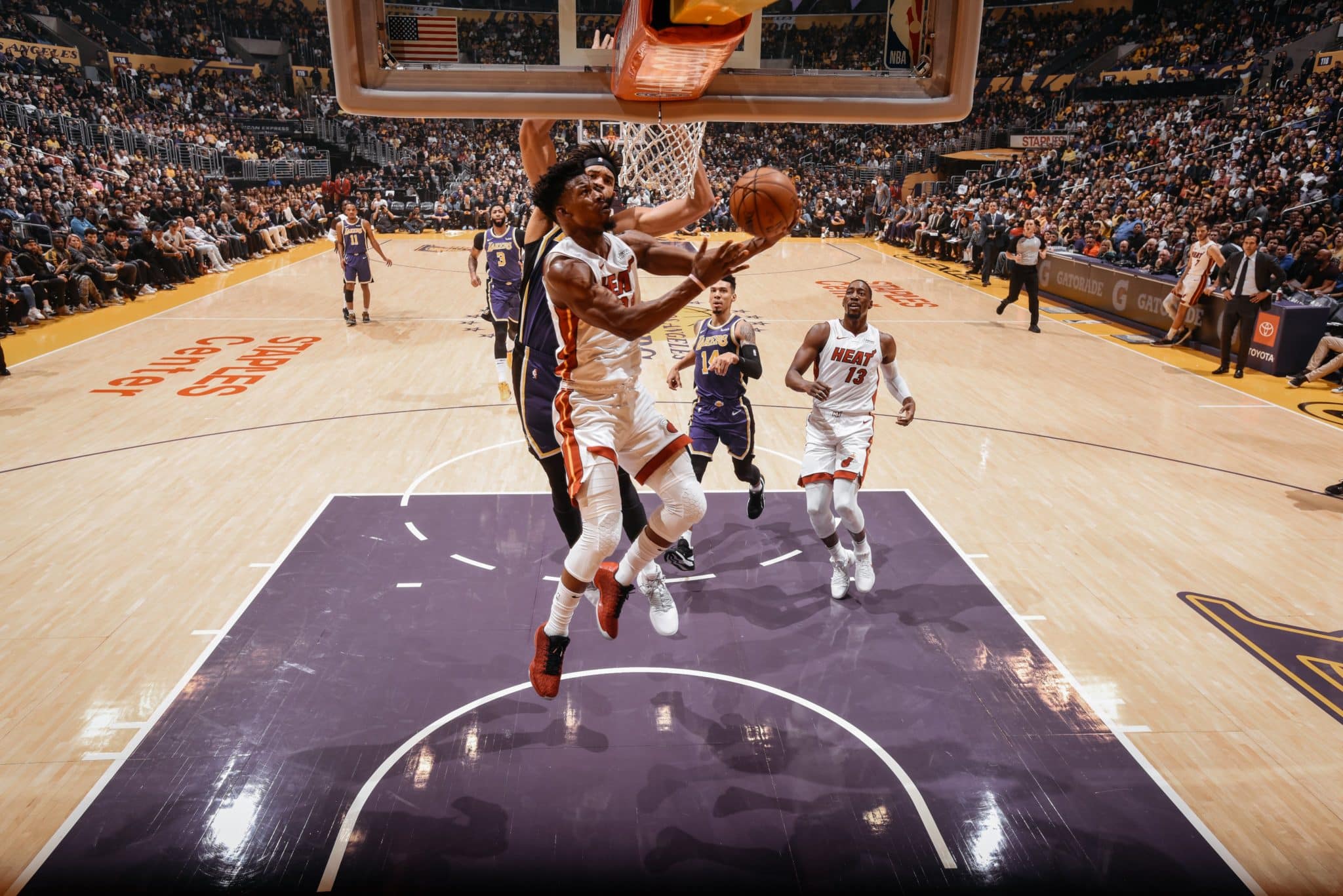