A Leicester City fan has been arrested after running on the pitch as Nottingham Forest celebrated their third goal in a 4-1 win over the Foxes.

The man appeared to throw punches before being restrained and escorted away by stewards.

Nottinghamshire Police chief inspector Neil Williams, said: “We have arrested a man in connection with an incident that took place during the first half of the Nottingham Forest and Leicester City FA Cup match.

“Investigations are in the very early stages and our enquiries into the circumstances surrounding the incident are ongoing.”

Leicester confirmed that the supporter would receive a lifetime ban in a strong statement.

“The club is appalled by such behaviour and offers its apologies to Nottingham Forest and its players whose safety was compromised.

“We applaud the swift action taken by City Ground stewards in apprehending the individual involved, who will be subject to a lifetime ban from all Leicester City fixtures at home and away.

“We will offer every support to the relevant authorities in pursuing further appropriate action.”

The Foxes won the FA Cup for the first time in their history last season, however, they were comprehensively beaten by East Midlands rivals Nottingham Forest, who stunned Arsenal in the previous round.

Brendan Rodgers’ side were backed by more than 4,000 travelling fans at the City Ground, with the fixture marking the first time the sides had met since 2014.

Nottinghamshire Police had already issued a plea earlier on Sunday, which encouraged supporters not to “allow their emotions to get the better of them and spoil the day for others”.

The two-time champions of Europe are rewarded with a home tie against fellow Championship opposition in Huddersfield. 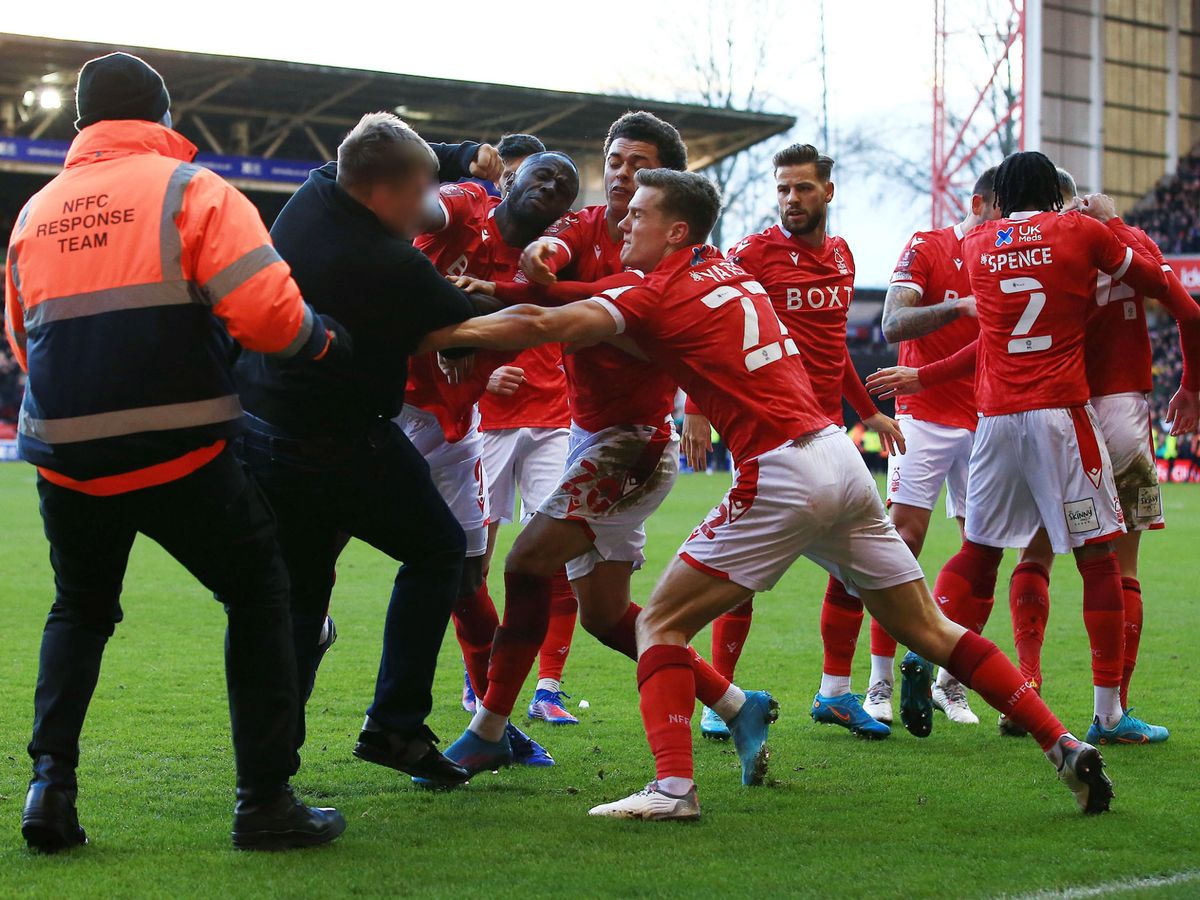