A fierce FA Cup final encounter is awaiting us when Chelsea will take on Leicester on Saturday evening at Wembley Stadium for the most prestigious trophy in English Football, the FA Cup.

Both teams have had impressive campaigns this year and will come out with a desire to lift the coveted trophy in front of 21,000 Wembley fans, it would be an amazing spectacle with fans.

Leicester is coming on the back of a crucial 2-1 win against second-string Manchester United side. They are sitting 3rd in the Premier League table 4 points away from securing a UCL spot. Meanwhile, Chelsea suffered a narrow 1-0 loss to their London rivals Arsenal to give Liverpool a sniff of Champions League place on offer.

Both teams will be conscious not to have any slip-ups at this critical and deciding time in the season.

Historically, Leicester will be the underdogs for this tie as they are looking for their maiden FA Cup trophy in their 5th attempt, while the Blues are making their 15th appearance in the classic showpiece event and will be on the quest for their 9th title.

Chelsea knocked Leicester out of the FA Cup quarter-finals last year, and they are unbeaten in the previous nine encounters against the Foxes in the competition – winning seven and drawing two.

Leicester will be without long-term absentees James Justin and Harvey Barnes (both knee), while captain Wes Morgan will be left out due to a back problem. Cengiz Under will also be unavailable due to injury.

Rodgers will hopeful for Jonny Evans will be fit to start this as his mere presence is vital for Leicester, He’s the leader, the mastermind who is vocal and leads the defensive line. The crumbling against Newcastle has shown his importance to the Foxes and without him, Soyuncu and Fofana look out of the place.

For Chelsea, Pulisic is doubtful for this one due to a knock he picked up in the last game against Arsenal in the Premier League.

Mateo Kovacic is fit enough to feature in this one but will be on the substitutes bench as Tuchel may not want to risk the Croatian from the start given his extended spell on the sidelines.

Tuchel has also confirmed that N’Golo Kante will start in the midfield for the Blues against his former side after missing the Arsenal game due to Achilles’ pain.

Tuchel’s side is jam-packed with quality and strength.

Tuchel has backed Kepa Arrizabalaga to start between the sticks over of Edouard Mendy. Kepa also played for the blues in the FA Cup semi-final against Man City and pulled off some excellent saves, so a deserved start for him.

“Kepa will start the FA Cup final, If you have a goalkeeper for this competition, like we have had with Kepa, you don’t change in the final.”- Tuchel said on Friday afternoon.

“He is part of the group and he brought us to the final so he deserves to play. Tomorrow is the next challenge for him.”

In Central defence, we have a trio of Thiago Silva, Toni Rudiger, and captain Azpilicueta.

Ben Chilwell and Reece James will be used as attacking wing-backs. Both are good at pressing high-speed to offer width.

In Midfield, Kante will start alongside Jorginho who has a chance to redeem himself after an embarrassing display in last year’s FA Cup final against Arsenal.

We’ll have Industrious Mason Mount in the ten positions, where he has been sensational all season also his defensive output and effective pressing are key to this Chelsea side.

Upfront we have our regular German duo of Werner and Havertz, they both compliment each other quite well and some of their link-up play is elegant, Havertz is well capable at dropping deep and play that killer pass because he knows Werner is going to be lurking around that left channel.

In Goal would be the consistent shot-stopper, Kasper Schmeichel.

Evans’s return would allow Timothy Castagne to move to the wing-back position to replace Marc Albrighton, while Ricardo Pereira will be fit again to play, so he’ll start over young Luke Thomas despite his wonder goal against Man United.

Maddison started on the bench against Man United as Rodgers wants to play safe regarding his fitness, so he’ll replace Ayoze Perez who will be given a bench role late in the game.

Jamie Vardy will lead the line alongside Kelechi Iheanacho who is arguably the most improved player in the Premier League and is in red-hot form with 13 goals in 12 straight appearances.

It will be a thriller on Saturday. Even though Chelsea are heavy favourites for this one and Leicester’s poor recent form also suggesting a loss for the Foxes, but I predict a surprise here with Leicester putting up an inspiring performance to come back from conceding early in the game from let’s say, Mount.

Iheanacho and Maddison will get on the scoresheet for the Foxes to seal Brendan Rodger’s first major trophy in English Football.

Chelsea will dominate the possession and Leicester looking to attack effectively on counters and turnovers. Both teams possess breath-taking attacking talents, it’s bound to be an intense finale. It will an engaging and delightful watch for the neutrals.

Let us know your FA Cup final predictions in the Forums section. 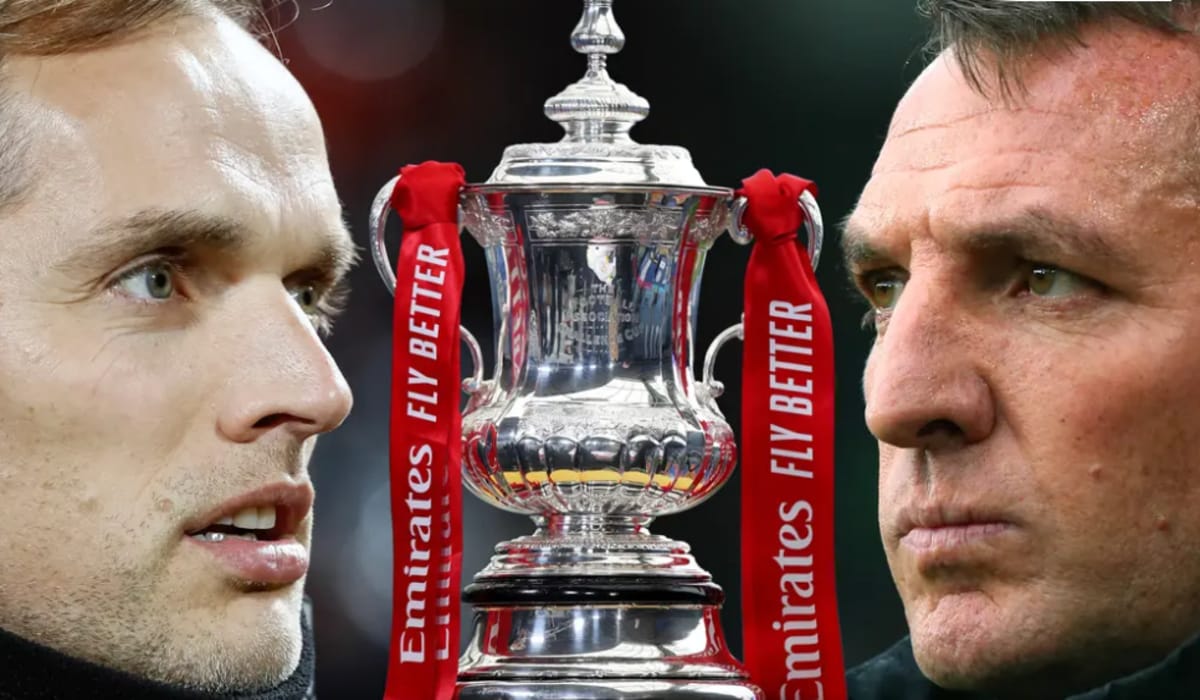