In the first quarter-final of the LEN Champions League between Pro Recco and Waspo98 Hannover, the experienced Montenegran international, Aleksander Ivovic, helped his side from Genoa through to the Semi-Finals of Europe’s top club competition which is taking place in Belgrade, Serbia.

The middle two quarters led to a much closer affair in the Serbian capital, with the second period ending 9-5 to Recco. The third quarter only featured three goals between both sides, with an excellent action shot from Fynn Schuetze of Hannover and a goal apiece for Australian Aaron Younger and the aforementioned Brguljan.

However, with the contest separated by only three goals heading into the last period, the record-holding 8-time Champions League winners pulled away from their spirited opponents with three unanswered goals at the midpoint of the quarter from Nicholas Presciutti, Aleksander Ivovic and left-handed Serb Dusan Mandic. Recco coach, Gabriel Hernandez, will be satisfied with his team’s professionalism, as they await their Semi-Final opponents, either Greek side Olympiacos or Barceloneta from Spain.

In the second Quarter-Final, FTC Telekom Budapest effortlessly cruised past the very underwhelming champions of France, CN Marseille. The French side, although the underdogs for this fixture, would have hoped to put more pressure on the goal of Soma Vogel, who made a series of routine saves.

Despite many missed chances in the first quarter from the french side, Fradi won the quarter 3-0 with goals from Szilard Jansik, Vendel Vigvari and Marton Vamos. Only after a penalty from the Greek Ioannis Fountoulis in the second quarter to make it 4-0, did Marseille net their first goal via Ante Vukicevic.

However, any hope of a resurgence was misplaced, as Marseille, who struggled to attack all afternoon, would have to wait a further twelve minutes before scoring their second goal of the game through big summer signing, Andrija Prlainovic.

Despite the third quarter finishing three apiece, the damage had already been done for Milos Scepanovic’s Marseille side, who never really got going in the contest. Even Zsolt Varga, who may not admit it, was comfortable his side would finish the job, evident in resting Denis Varga for the entirety of the last quarter. Goals from Vamos, Zalanki, Vigvari and former Marseille player, Constantin-Bicari secured an unexpectedly straightforward win for the side from Budapest.

Ferencvaros will play the winner of the third quarter-final between Croatia’s JUG Dubrovnik and the 2021 Italian Cup winners, Brescia, in the Semi-Finals 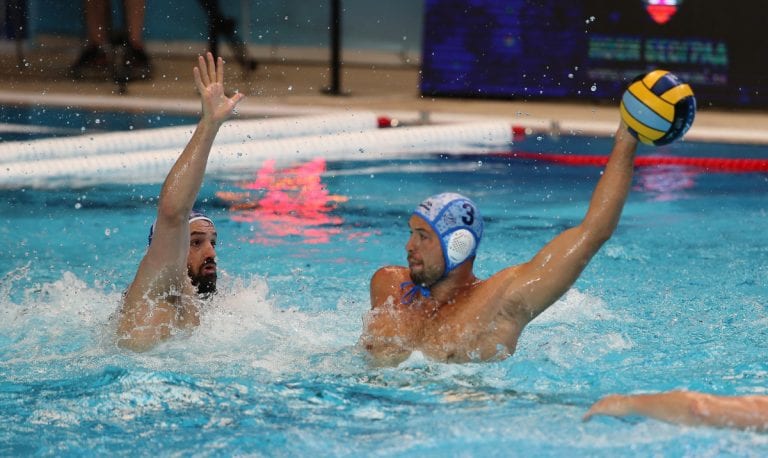