Lewis Hamilton said his dominant Spanish Grand Prix victory had revitalised him after he endured a difficult start to the F1 season, Mercedes saw their driver romp home to claim the win in Spain.

Hamilton blasted out from the blocks from pole position and lead the pack until the finish, has now picked up a a 17-point advantage in the championship leading his arch-rival Ferrari’s Sebastian Vettel, who finished fourth.

Sebastian Vettel looked likely to finish second behind the Brit, but Ferrari’s gamble to give their driver a second pit stop backfired with Valtteri Bottas taking second place to give Mercedes a one-two finish. Lewis Hamilton has sturuggled to compete in the previous races this season, but this win in Spain could act as a catalyst for Hamilton to kick-start his season.

“It has been a rejuvenating experience,” Hamilton said.

“It’s the greatest feeling to come here and have that kind of performance and have a convincing win.

“Not every win feels as great as this one. It’s my 64th but feels special and unique.”

Hamilton has been struggling with the car this season, there’s no doubt about that. His only win came in open day of his championship defence in Azerbaijan a fortnight ago which most saw this as a hint of fortune, but he was in a class of his own on Sunday.

The reigning champion feels he has at last rediscovered his connection with the car, something that had been lacking in the previous races in Bahrain, China and Azerbaijan, after the season-opening Australian Grand Prix.

The 33-year-old said that “at no point” did he think he was in danger of losing the race, but insisted that he had to keep his concentration.

“People probably think it was an easy race and I was cruising, but I wasn’t,” he said.

“In the debrief [with the engineers], I was very particular on what I want them to work on.

“The cool thing about being a world champion is the team listen to what you say and they go away and focus on those areas, and it’s an amazing process you do together and then you come back and it works.”

Mercedes Team boss Toto Wolff believes that Lewis Hamilton had been affected by the opening day loss in Australia because of team strategy error.

“The best ones are very sensitive and fragile,” Wolff said. “That is something we know and he knows.

“We went to Melbourne, the car performed well, he was in the lead, solid, and then suddenly he found himself behind a Ferrari and couldn’t overtake. This is difficult to cope with.

“In the following races, we struggled in many areas and all that adds up and was in all our minds. And having a good weekend and putting it on pole and winning by a solid margin is very good for his confidence and 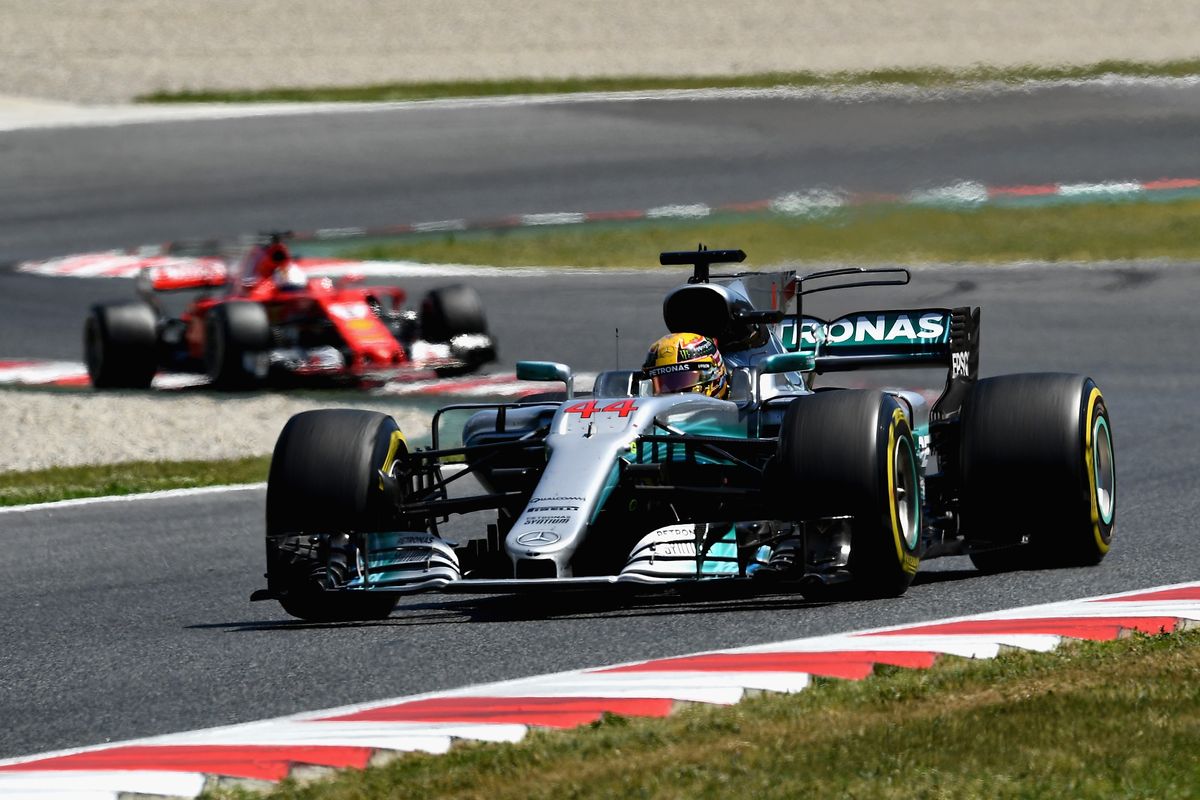