A History of British Sprinting: Linford Christie and Allan Wells

Although Americans, Jamaicans and Canadians have generally dominated the sprinting game through history, there have been countries which have challenged this pattern throughout the years of modern competitive sprinting.

The United Kingdom is one of the few countries that have managed to make an impact in the world of sprinting.

This article will look at two men who preceded the likes of Adam Gemili and James Dasaolu and made their mark on the scene of world sprinting.

Undoubtedly this man is the greatest British sprinter of all time.

Linford Christie’s career started poorly after failing to qualify for the 1984 Olympics, a change of coach and style changed his fortunes.

This led to a shocking European Championships gold medal and a Commonwealth games silver medal in 1986.

Linford Christie’s misfortune of being a 100m runner in the same era as Carl Lewis and steroid abuser Ben Johnson meant that Christie had to settle for silver and bronzes throughout his early career.

The most famous of races during this time was the Tokyo 1988 100m final when Ben Johnson was later banned for steroid abuse and Linford Christie was promoted to silver medal.

After Ben Johnson was banned from athletics and Carl Lewis became more inconsistent, Linford Christie began his domination on the sprinting scene. This period galvanised Linford Christie in the consciousness of the British people to where now he is a household name throughout the nation.

However the defining moment of Linford Christie’s career came in 1992 in Barcelona where he won the Olympic gold medal in 1992.

Linford Christie’s career peaked in 1994 and the following years were mired with accusations of drug use and poor performances on the track. He was famously disqualified from the 100m final in Atalanta 1996 after false starting.

He retired from International athletics in 1997 and carried on sprinting in invitational meetings, during this time he tested positive for Nandrolone and was subsequently banned from the sport in 1999.

This has called into question the legitimacy of his career which has led to Christie often being forgotten, whilst the likes of Seb Coe are still in the public eye.

The last white man to win the 100m final.

This great British sprinter was originally trained in long jump and triple jump. The Scotsman won many national championships and was known for his blistering run up pace which led him to decide to focus on a career as a sprinter.

His most notable gold medal came in the 1980 Moscow olympics, although the USA boycotted the Olympics that year which led to Carl Lewis being unavailable, this achievement will always go down in history and was the last time a white man won the 100m.

Well’s career started to wind down after 1982 where a new breed of sprinter took centre stage. His career started to become riddled with injury and mediocre performances like the Los Angeles 1984 Olympics saw Well’s struggle to revamp the glory days of 1980. Well’s legacy is that of an honest sprinter who had little controversy throughout his career. 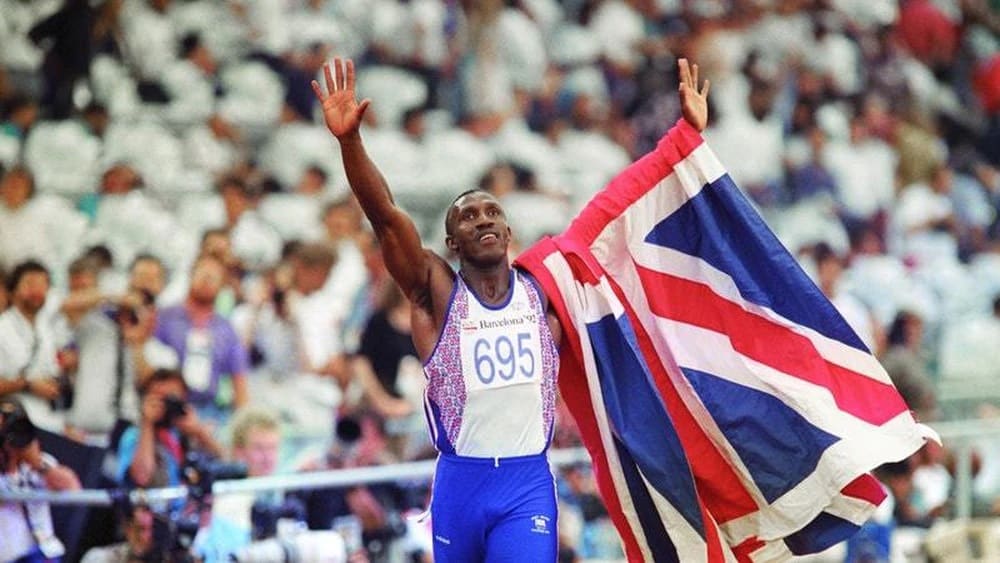