The final game of midweek in the Premier League saw a biggie, as fifth took on sixth at the Tottenham Hotspur Stadium in North London as Spurs, looking to go into the top four, took on a Liverpool side desperately searching for a win to try and put an end to a rather poor run of form for their high standards of recent years.

Spurs came into this one unbeaten in eight in all competitions and had netted four at Wycombe Wanderers on Monday evening in the FA Cup, although they did leave it late to get the job done in that one against a brave Championship outfit.

Liverpool, on the other hand, had only one solitary win in their past seven, and that came against Villa’s U23s in the FA Cup, and they had failed to net any goals in the Premier League in 2021, failing to score in their last four league outings.

The Reds away form wasn’t that good recently either, one win in eight, and they had just been dumped out of the FA Cup at rivals Man United at the weekend, so it hadn’t been a brilliant time for Jurgen Klopp and his men, so could they put this right here?

Spurs would have certainly hoped not, and they would replace London rivals, West Ham, in the top four if they grabbed the points here, but how would Jose Mourinho set up for this one? Most assumed he would set up with an emphasis on defence, and then hit the visitors on the break though Son Heung Min and Harry Kane perhaps?

Klopp and Liverpool know only one way of play, so they would look to attack as often as possible but would obviously have to watch the likes of Son, Kane and Tanguy Ndombele at the other end of the pitch as they are capable of causing damage if not watched.

The game had the makings of being a decent contest and it was hard to call how it was going to go, the reverse fixture at Anfield had seen Roberto Firmino head a late winner in a 2-1 win for the Reds, he had scored in four of his past five league games against Spurs, netting in three of those, so maybe he was to be Spurs nemesis again?

In fact, Liverpool have a very good record against this evenings opponents, having won six in a row against them in all competitions, and in fact, Spurs only had one win in their past eighteen meetings, so if Liverpool were going to get their season back on track, they couldn’t have picked a much better opponent going on recent meetings.

But Jose is unbeaten in all of his six Premier League home matches as a manager against the reigning champions, winning the last three, so something for him a Spurs to hold onto perhaps.

So how would this one pan out? Well, Sadio Mane had a golden chance to put Liverpool ahead after just two minutes, but somehow put his finish wide, and then Spurs went up the other end of the pitch and thought they had taken the lead when Son went through and slotted home, but VAR had a look and his heel was offside in the build-up and the goal was therefore ruled out, but it had been some start.

The rest of the half saw Liverpool have plenty of possession, but Spurs kept them at bay, Son had a chance down the other end but saw Alisson save, whilst Mane then tested Hugo Lloris with a powerful effort, but it looked like the half would end goalless.

Three minutes into first-half stoppage time through Liverpool edged ahead as Mane, who had been a danger all half to the visitors, sent a ball across goal for Firmino to tap home from a yard out, he loves scoring against Spurs doesn’t he, and his goal meant Liverpool went into the break a goal in front.

Jose was fuming with the way Spurs conceded that goal, Mane’s ball across goal probably should have been dealt with by either Lloris or Eric Dier, who seemed to just look at each other and allowed the ball to run to Mane, but he would have been even more unhappy two minutes into the second period.

This is because Mane bustled his way into the box and sent an effort at goal which Lloris could only push out to Trent Alexander-Arnold who drilled an effort into the far corner, and Spurs had a mountain to climb, but a minute later Spurs had a lifeline as Pierre Emile-Hojbjerg thundered a right-footed effort into the top corner and he had his first goal for the club, and what a goal it was.

Then came a VAR moment that went against Liverpool, as after they had swiftly broken forward, Mo Salah popped up on the right of the box before working it onto his left foot and smashing home, but Firmino had been adjudged to have handled in the build-up so the goal was chalked off, much to Liverpool’s annoyance, so it was 1-1 in the VAR stakes at least.

Not a good night for Spurs, who had been largely outplayed by their opponents, but seeing Harry Kane not come out for the second period due to an ankle injury will be very concerning for them, and they will hope it’s nothing serious as he is a key component in their cog.

Klopp though would have been delighted at his side’s performance though, they looked back to the old Liverpool that won the title and also looked good earlier in this campaign, and they netted three goals too after not scoring for four games, they will take heart from this going forwards now and will put this little blip behind them they will hope too.

Let’s see how the table looked after tonight’s game… 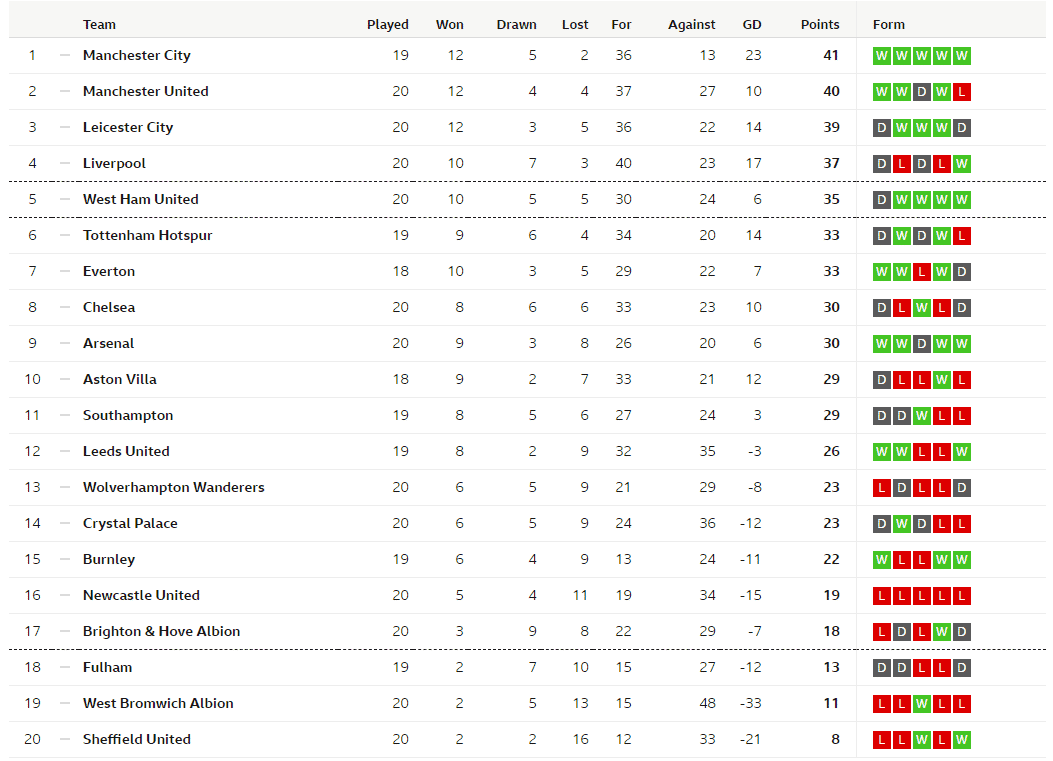 Liverpool’s superb win this evening sees them into the top four and just four points behind leaders City, write the Reds off at your peril, whilst Spurs remain sixth and four points off the top four now.

Let’s look ahead to this weekend’s fixtures, shall we…

The weekend begins with Steve Bruce taking his struggling Toon side to Everton, then comes three-afternoon games on Saturday which sees two out of form sides battle at Selhurst Park, leaders City taking on a side who have just won at Old Trafford, and a huge huge game down at the bottom at The Hawthorns. Arsenal and Man U do battle at The Emirates before a mid-table clash between The Saints and Villa end’s Saturday’s action.

Then on Sunday Sean Dyche takes his in-form Burnley side to Stamford Bridge to take on Thomas Tuchel and Co, and then what should be a very attacking game between Leicester and Leeds follows, then a big game from The London Stadium sees West Ham host Liverpool, that’s now fifth against fourth, and then the weekend ends with a tricky looking contest for Spurs against Brighton from the Amex.  Some big games to come should be an exciting weekend! 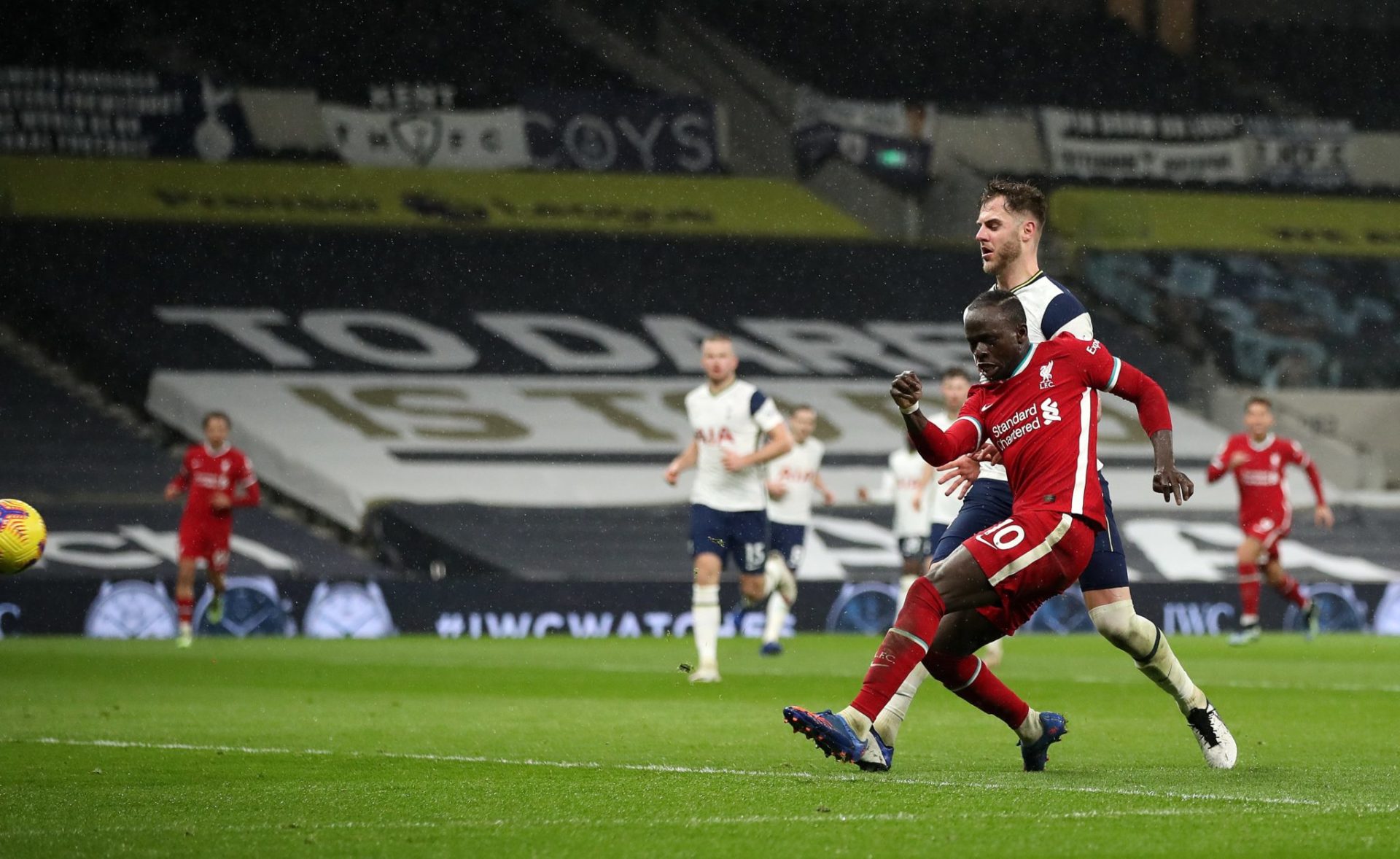