From being told he was too small to play Rugby to becoming one of the most exciting wingers in the history of the game, Cheslin Kolbe is a force to be reckoned with. Most recently, his unforgettable performance at the 2019 Rugby World Cup showed the world his impeccable talent and silenced any critics still questioning his ability.

Born into a sports-rich family, Kolbe spent most, if not all, of his spare time outside exercising and playing sport. His early success in athletics, soccer and rugby had many of his local admirers excited for his bright future that laid ahead in his career. Cheslin Kolbe had notable sporting influence in his early upbringing, as his cousin is the 400m 2016 Olympic Gold Medalist, Wayde Van Niekerk, and are still very close to this day.

In 2009, Cheslin was selected to represent Western Province at Under-16 level at the inter-provincial Grant Khomo week. In what was his first success on the rugby field, laid the foundation to become one of the most successful sports stories of the century.

Cheslin Kolbe would later go on to play for the Western Province Under-21 side in the 2012 season, and his fine form would see him represent The Babyboks (Springboks U20) team at the Junior Rugby World Cup 2013 in France. After being the key to the Babyboks attack, Cheslin Kolbe and The Babyboks were beaten in the semi-finals by Wales and returned to South Africa with a bronze medal after finishing the tournament in third place.

Since making his senior debut in Super Rugby 2013 season, Cheslin Kolbe never failed to bring excitement to The Stormers attack. With inspirational Springboks in his team such as Siya Koisi, Pieter-Steph Du Toit and Damien De Allende, the majority of Springbok fans felt that based on Kolbe’s current form, he deserved a Springbok opportunity. However, Cheslin Kolbe’s major setback was his size; he never had the desired physique of a ‘traditional’ rugby player, weighing in at 80 KG and only 1.71m in height.

During the 2016 Springboks end-of-year tour, the in-form elusive backline player, Cheslin Kolbe, received his first Springbok call-up. Sadly, while the Springboks were coached by Alistair Coetzee, Chelsin Kolbe didn’t feature and was an unused player for that tour. After the disappointment of being overlooked by the Springbok setup, Cheslin decided to broaden his career and move to France, where he was set to be welcomed by Toulouse with open arms.

Following the transition of Coach Alistair Coetzee to Rassie Erasmus in 2018 for Springbok Rugby, Cheslin Kolbe soon became an option for the Springbok selectors as the 30-Test cap criteria (for overseas-based players) was no longer a requirement. While playing in France, Toulouse Coach, Ugo Mola, broke the news to Kolbe that Springbok Coach Rassie Erasmus had announced him for his Rugby Championship Squad. Cheslin recalls this being his second opportunity to don the Green and Gold and was adamant that he would use this opportunity to the fullest, as playing for the Springboks had always been his dream.

Cheslin finally achieved his dream of representing the Springboks as he came off the bench for his first cap against Australia in Brisbane, despite losing 23-18 on his debut. A week later, he was again announced off the bench for the New Zealand clash in Wellington. After the Springboks led New Zealand 24-17 at halftime, Chelsin was given the nod to start the second half at right-wing against the number one ranked rugby team at the time. In under 90 seconds, Cheslin managed to grab onto a floating New Zealand pass and scored his very first international try. South Africa would go on and record a memorable 36-34 victory that day.

The 2019 Rugby season saw South Africa regain World Rugby’s number one ranked rugby team. The Springboks managed to win the Southern Hemisphere Rugby Championship, followed by the grandest title of them all; the 2019 Rugby World Cup. Cheslin Kolbe played a vital role in both victories, as he posed a major threat to his opposition and was nominated for 2019 World Rugby Player of the year.

Undoubtedly, the most memorable moment was when Kolbe secured South Africa’s name in the history books as he crossed over to score The Springboks’ second try, and later lift the Rugby World Cup in Japan. Cheslin has touched the hearts of many rugby fanatics; needless to say, when the doubters said he wasn’t good enough to play international rugby, he absolutely proved them wrong.

In 2021, Cheslin Kolbe plans to play a vital part for the British and Irish Lions Tour, as well as compete for South Africa at the Tokyo Olympics in Sevens Rugby. Nicknamed “The Hotstepper”, Cheslin Kolbe lives up to his reputation and continues to inspire the next generation of rugby players!

Which rugby player’s story has inspired you the most? Share your thoughts in the comments below. 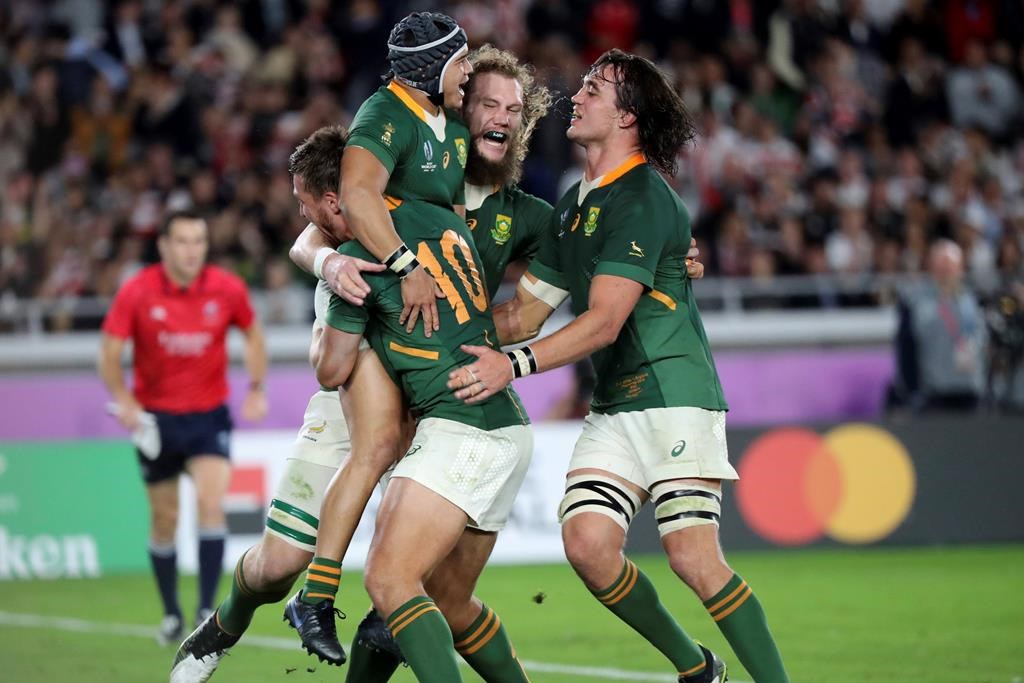