The Friday Qualifying yet again did not disappoint and provided a maiden pole position for a driver we never expected, Kevin Magnussen!

Due to wet weather conditions, he managed to secure his maiden pole position. The Haas team decided to release the Haas driver out first in the pitlane for Q3, In which he had already done an exceptional job to even get in that position, they had put him on the soft tires in the hope of attempting to get the best lap they could out of the session right at the beginning.

Magnussen completed his lap and crossed the line to take the provisional pole, Verstappen only managed to get within 2 tenths of Magnussen and slotted in with him on the front row.

Russell while on a lap had locked up and quickly found himself bouncing along the gravel trap, he then attempted to spin the car but ended up getting more stuck, which triggered the red flag meaning the session was grounded to a halt.

While the red flag was out it meant that the conditions just kept getting worse and worse and reached the point where no one was able to set a better lap, this then effectively gave Magnussen the pole with 8 minutes remaining in the session.

A complete shock of a Qualifying and a classic example in Formula 1 on why you should always try and get a lap in as soon as possible because you never know what can happen.

After acheving pole Magnussen said “I have never ever felt like this in my life”. “I don’t know what to say, the team put me out on track at the right moment. It is incredible. [Tomorrow] is maximum attack, let’s go for something funny.”

Haas team boss, Guenther Steiner, added on Magnussen’s comments saying: “It was not luck, it was deserved from the driver, from the team,” said Steiner. “Kevin putting a lap down when it was needed. When it rains soup, you have to have a spoon and we had the spoon today.”

On a push lap in Qualifying, Russell had locked up and got stuck in the gravel trap at Turn 4, but while going through the gravel trap he’d managed to break his headrest due to the violent bouncing he had experienced from the nature of the crash.

Fortunately the driver is completely fine but still a scary experience to have during a crash considering the tests that these cars are put through to ensure the maximum safety for the drivers.

Russell spoke to F1 TV after the crash saying: “I’ve broken the headrest because my head was banging so much – it was a pretty unpleasant experience”

However, Russell had said that Mercedes to have a good car this weekend and believe they can compete towards the front, Im sure when he said that on Thurday media day he didn’t expect to be racing Kevin Magnussen for first!

Despite his nasty crash, Russell will still start on the second row in P3 in hope to challenge Verstappen and Magnussen for “pole position” in the race on Sunday. 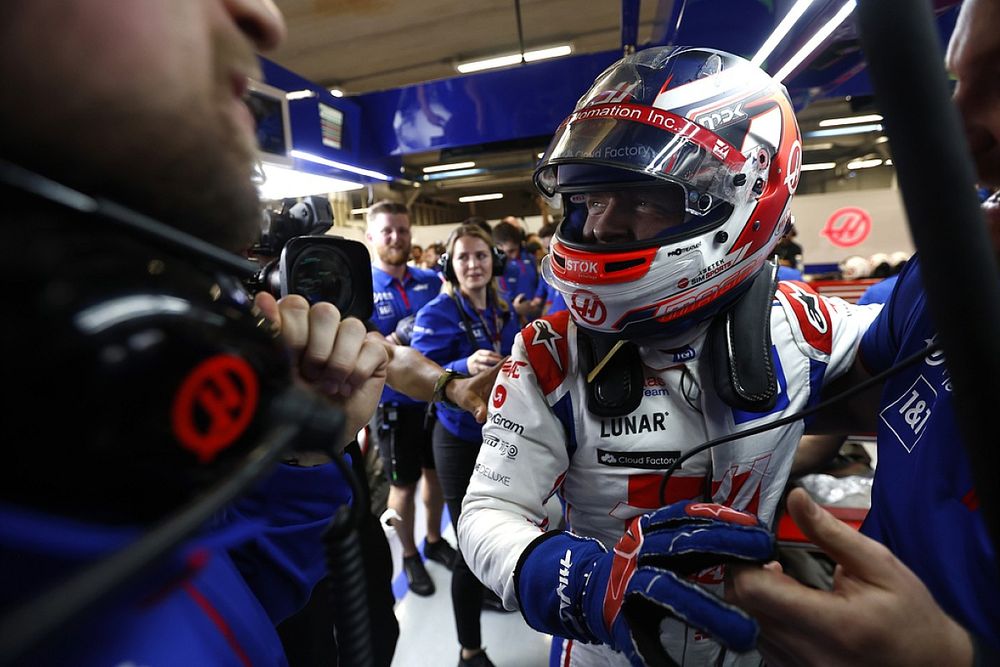