Do you remember the song “Hungry Eyes” by Eric Carmen? You’re much more likely to remember the tune rather than the singer, but one of the verses goes like this:

If we were to talk football betting tips today I would say that the rebuke (in no uncertain terms) Man City Defender Oleksandr Zinchenko received from his manager Pep Guardiola when he mentioned that the team had “hungry eyes” in their ambition to achieve an unprecedented quadruple meant something.  It is bad luck to talk about something like this in case it all goes horribly wrong.  The eyes might quickly go from hungry to remorseful.  My tip would be that the first rule of the quadruple is that we don’t talk about the quadruple.

Going back to the lyrics, though, it is fair to say that the team do have the prize in their sights.  It may not be a surprise if they do achieve it either. In the land of verified soccer tips it could almost certainly seem like a winner.  But perhaps Guardiola is right – best not mentioned in case it doesn’t happen.  Who would want to tempt faith, after all?  Plus, can you imagine the teams of opposing sides chanting this in Zinchenko’s direction every time he kicks a ball?

Let’s examine what the two men said.  First, Zinchenko, the great defender had this to say on a Zoom media conference.  “Inside the dressing room I can see hungry eyes. Bayern Munich won everything last season and Barcelona did it the last year with Pep, so everything is possible. I would say this period right now is the most important two months of our careers.”

So far, so good.  Yet just a quarter of an hour later, Guardiola weighed in with a pretty hefty comeback.  “I am older than Mr Zinchenko,” he expounded. “I have more experience and I don’t agree with him. The only thing he has to be worried about is trying to play a good game tomorrow and trying to go through.   “Four titles is a utopia. It never happened before, and I think it is never going to happen.

In my book, reference to utopia beats a reference to a pop song hands down.  It may be full of hyperbolics but what Guardiola has said is, in no uncertain terms, that to achieve the quadruple would put the team on a different plain altogether.  For utopia, read also heaven, nirvana or even Shangri-La.

He ended with something that left no one in any doubt where  he stood. “If you ask me if I agree with Zinchenko, I say no, completely not.”

So, that told him yet.  Not to get too deep into the philosophy of football, where you stand could simply be a matter of age and experience over youthful optimism.  These are songs both of innocence and experience and I know which of the two that I prefer – even if it is simple instinct that pushes me towards it. There is something about Zinchenko’s words – naive though they perhaps are – that resonate.  The team are hungry, they know this is a possibility and they are going to pull out every trick in the book in order to achieve it.  Talking about it too much might, as many have said, put them up for ridicule if they don’t achieve the quadruple.  However, there’s an old saying that says “What is not started today is never finished tomorrow.” 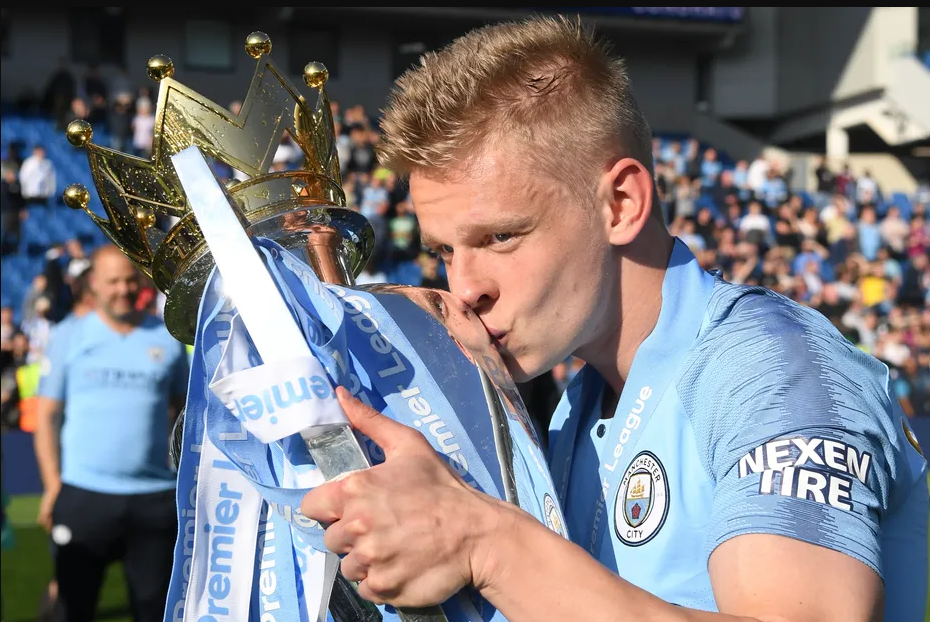