This season has been a troubling one for Manchester United and particularly their captain, Harry Maguire. He has made some high profile mistakes, most notably against Leicester City and Liverpool. On top of this, his red card against Watford condemned Ole Gunnar Solskjaer to the sack.

England fans have had their feelings known with Maguire being booed by a section of fans in the 3-0 win against the Ivory Coast.

Gareth Southgate and Ralf Ragknick have come out in defence of Harry Maguire (ultimately doing much better defending than the Manchester United captain has this season) in saying that the fans were wrong to boo the centre-back.

I understand why these managers have come out to support Maguire and they are only supporting their player through a difficult phase of his career but if you compare this to their approaches to other players you may understand why this support looks odd for a player who has been underperforming.

The dispute between Cristiano Ronaldo and Ralf Ragnick has been well-documented and came to full effect when the Portuguese striker was dropped for the Manchester derby in February. Considering this is a huge game for pride, being a derby, and arguably Ronaldo is the best big game player ever, the decision seemed rather odd.

Whilst it was later reported this was due to a hip injury, Roy Keane (amongst others) did not believe this claim and felt it was put in place to protect Ronaldo.

He has also been very open (probably too open) about Ronaldo in press conferences, most notably after the 3-2 win over Tottenham, in which he claimed he would have left Ronaldo on the bench if it had not been for a good training session on the Thursday.

This is a very strange thing for a manager to say about a player, particularly a senior pro, who has earned respect through his performances.

Cristiano Ronaldo has 12 goals in 24 matches in the Premier League, not up to his own high standards but he has just turned 37. The next best player is Bruno Fernandes who has just been awarded a new bumper contract.

In a world without Ronaldo’s goal (very hypothetical of course), United would be 10 points worse off in the league (drawing to West Ham and Norwich and losing to Tottenham and Arsenal). In the Champions League he scored three crucial goals, late winners against Villareal and Atalanta, with a stoppage time equaliser against Atalanta to carry United through to the last 16.

In stark contrast, Maguire failed to track the run of Joao Felix in the 1-1 draw against Atletico Madrid in the first leg which proved costly as United were dumped out 2-1.

I understand Ronaldo came with higher expectations, but Maguire is an £80 million centre-back (the most expensive defender in world football) and you compare him to Van Dijk and Dias and he is not close, in fact comparing him to Fikayo Tomori and James Tarkowski and he is not close.

For example: Maguire has won 78 less duels than Tarkowski (184 to 106) and has won only 61 aerial battles to his 118. Whilst Burnley have had to defend more, Tarkowski has shown he has just as adept with dealing with these types of challenges that are so key to Maguire’s game, all while not making the same mistakes.

Ragnick has openly called Ronaldo a challenge to manage and undermined his position at the club, whilst defending a player who got booed for playing well below what is expected of him.

The Manchester United fans showed him great support on Sunday against Leicester City but we have to accept Maguire can and should not be protected from the very normal process of being booed as a footballer.

To put this into context even the greatest of all-time get booed and we should respect the fans right to voice their opinions.

The fact the fans are disappointed he continues to get picked despite the form of other players who warrant the call-up, Tomori, Tarkowski, Trevor Chalobah and even Craig Dawson deserve the call-up over him based on this season. England fans have spent a long time watching managers pick players based on club stature or reputation, they just hope Southgate picks the players who are going to help England the most.

While Southgate was very public with his comments on this incident it was the reaction of the players that has caused the most upset when these actions have been compared.

Players came rushing to the support of an underperforming player who quite frankly does not deserve to be in the squad, he had a great Euros being in the team of the tournament but he is a player shot off confidence who always has a mistake in him.

On the other hand, Joe Gomez was in decent form for Liverpool, in their title-winning campaign, having played in a number of matches including being first-choice in the Champions League.

What sparked the resentment was an action by Raheem Sterling in the 3-1 Liverpool against City at Anfield, the game before that international break.

The former Liverpool man took offence to a challenge, and out of frustration squared up to the significantly taller Gomez, this was all well and good (a normal occurrence in a title six-pointer) but what followed was poor.

Sterling continued his beef with Joe Gomez in the England camp, which resulted in the City winger being dropped from the starting line-up, for some daft reason fans blame Gomez which is why he was on the receiving end of grief.

Southgate was right to openly defend the former Charlton defender as he had done nothing wrong but the media response and players response did not match the Maguire response.

I am not saying that booing footballers is the solution but England fans have a right to be disgusted at the selection, in the same way that club fans can boo their own players.

The fact that everyone has come out so quickly to defend Maguire while Gomez was blamed for being assaulted is just wrong.

For Ragnick, I understand to a certain extent why Ronaldo has been at the centre of his interactions with the press. This was supposed to be the return of the prodigal son, the last dance, but it has been rather soured. For Manchester United to be out of contention for a major trophy in February is unacceptable.

Their defeat to Middlesbrough (FA Cup), their poor league form (particularly after an impressive 2nd place last season) and their last 16 Champions league exit have left the media pointing for someone to blame, with Ole gone and the team still struggling the attention turns to Ronaldo.

He has not had his best season but he is 37, and the rest of the team has been embarrassing, the defence is poor (joint 10th in clean sheets), only seven teams have kept less clean sheets. They have drawn too many games (nine) and certain players have dropped off massively from last season (Luke Shaw, Maguire, Marcus Rashford).

Ronaldo was a risky signing and it was believed his attitude could mould United into a winning side, the opposite has happened. The buck does not fall at him, he is 37 and the club’s top scorer, the rest of the team has been abysmal with Maguire at the top of that.

Ultimately, Maguire didn’t deserve the England call-up and the fans were letting Southgate know it but the overly positive response in comparison to how Gomez was treated as left a sour taste for England and Liverpool fans who see this as unconditional support hypocritical when the players did not rush to Gomez’s aid when he was wrongfully booed.

There is no doubt in my mind despite the booing and his poor form, Southgate will stick with Maguire as will United because of the costly impact admitting an £80 million player isn’t good enough. 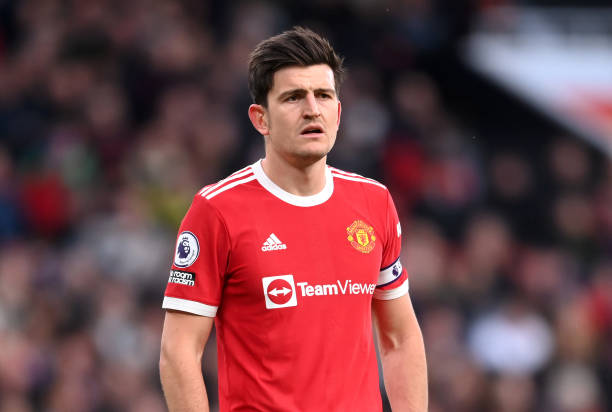