It was a fine day for the Novak Djokovic to win the silverware at Indian Wells.

We have witnessed last years rematch and epic battle between the two best players in the world, where defending champion Novak Djokovic won the title in three set match against Roger Federer 6-3.6-7.6-2.

Djokovic was the player who had better start at the match opener. After he sealed early break of serve, Djokovic continued in dominant fashion to cruise past Swiss Maestro with score 6-3. Federer responded in second set wining the tie-break (5-7) but it was the Serb who asked crucial questions in this match.

After both players lost their serve games at the start of deciding set, Djokovic was more focused than his opponent and eventually he broke Federer’s serve once again for 4-2 lead in the final set and then it was clear that for the second consecutive year he remains the best player of the tournament in Californian desert.

“I would say that it was a great and solid match from my side, great intensity and commitment to hit every ball,”

Djokovic said. “It’s great that I managed to win this match in the big tournament and to win it in a way that I felt like I was the better player on the court,” he continued.

“Novak did well to keep the lead for most part of the match. He returns so well off the second serve,” Federer said. “I am disappointed the end was flat and without response from my side.”

It was their 38 meeting with Swiss great Federer still holding a slight 20-18 edge. Djokovic had eight aces, 26 winners and broke Federer five times in the two-hour, 17 minute match in front of 15,000 fans inside the Tennis Garden stadium.

This was 21st ATP World Tour Masters 1000 title for Djokovic and with 138 weeks at No. 1, he is just three weeks away from tying with Rafael Nadal for the sixth place of all time as player with most number of weeks as best ranked player in the world. 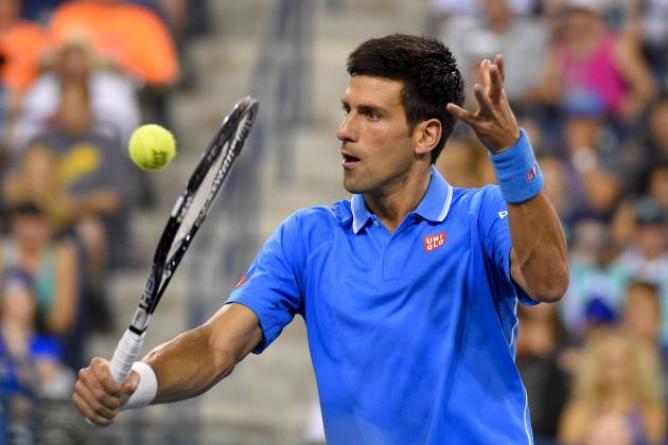