After a relatively quiet beginning the 2015 six nations burst into life in the final round of games.

A triple header of excitement, tension and attacking rugby that reminded us of how good this tournament can be.

After 5 games in which many new players announced themselves as stars and others reaffirmed their status as world class, we’ve picked our team of the tournament for the 2015 six nations.

Following years of fighting with Corbisiero and Mako Vunipola for the number 1 jersey, following a highly impressive tournament Marler has all but guaranteed himself as first choice for the world cup if he can avoid injury.

The Harlequin’s captain was a key component of an English scrum that dominated almost everything in front of it.

As well as his impressive set piece work Marler has become more effective in open play averaging an impressive 9 tackles per game and offering leadership to a young English team.

Guirado proved to be one of few consistently reliable performers in a typically unpredictable France team. The Toulon man was solid at the set piece and proved himself to be an exceptions link up player in open play where he regularly popped up to carry or support.

This was highlighted by his beautiful offload that allowed Mermoz to score against England.

As far as scrummaging goes this was a tight call as Mike Ross was as consistently reliable as ever for Ireland but Cole edges this one thanks to his exceptional work rate both in defence and at the breakdown.

Cole has proven himself to be head and shoulders above his nearest rivals for the England number 3 jersey and his fitness will be vital to his sides world cup ambitions. 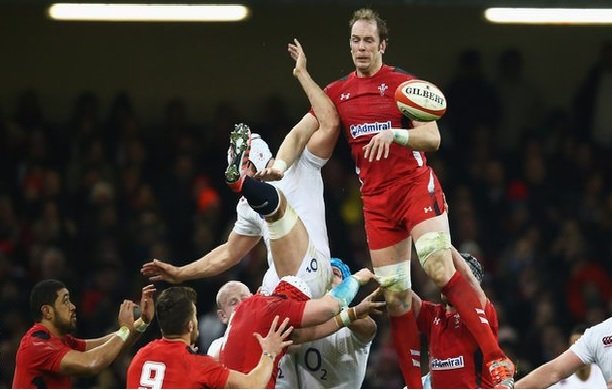 While Warburton is still the Welsh captain, the importance and leadership of Jones cannot be underestimated. Following a slow start to the competition with defeat to England and a fortunate victory over Scotland, Jones played a key role in the Welsh revival.

Jones was a vital part of a Welsh line out that lost just 1 of 32 of its throws in the final 3 games, as well as this his work around the pitch at ruck time and in defence was superb highlighted by his 21 tackles against Ireland.

O’Connell was nothing short of immense in leading Ireland to back to back six nations titles. While other locks like Jonny Gray and Luke Charteris were impressive, O’Connell was on a different level to those around him with the exception of the in form Alun Wyn Jones.

Imperious at lineout time and a visible nuisance to the opposition around the pitch, the Munster man set the tone for Ireland’s win over Scotland when he barrelled over for the first try and led his team from that point onward.

While he may not be as eye catching as a ball carrier as his team mate Sean O’Brien, O’Mahony in many ways represents exactly what Joe Schmidt’s Ireland team are all about: hard working, passionate and ruthlessly effective at the breakdown.

The Munster captain continues to grow as a leader in the national side and consistently put in massive shifts during the tournament.

While Chris Robshaw can count himself unlucky to just miss out, Warburton was at the heart of everything good that Wales did during this years six nations. Warburton demonstrated a phenomenal work rate as he frequently popped up when needed in both attack and defence.

The Welsh captain also proved difficult to deal with at the breakdown averaging a turnover every game and playing a vital role in leading his side to victory over Ireland.

Another tight call here as at times the ball carrying of Billy Vunipola was exceptional however Parisse gets the nod here due to his sheer work rate being higher than that of Vunipola. The Italian skipper is as close to the complete number eight as any playing in either hemisphere at the moment and he still remains the heart and soul of the Italian team.

You would have to wonder would Italy have been beaten so badly by Wales on Saturday had Parisse been on the pitch to lead them.

While both Murray and Youngs excelled at times for their sides, it was Webb who looked the most impressive of the scrum halves on show during the six nations. The young Welshman firmly cemented his place ahead of the veteran Mike Philips with a series of displays that exuded a confidence and control far beyond his years.

Webb also demonstrated an impressive ability to read what was in front of him and varied his game well to exploit the opportunities he spotted.

Despite missing Ireland’s opening game through injury and being possibly less than fully fit at times, Sexton was as vital to the success of the Irish team as always. Sexton gave a real master class in out half play in leading Ireland past England and France with exceptional displays.

While Dan Biggar and in particular young George Ford were both excellent at times, the game variation and control that Sexton brings really made him stand out from his rivals.

Following a largely disappointing start to the tournament from Jonny May, Nowell was brought in from week 3 and managed to grasp his opportunity with both hands.

The 21 year old’s tournament stats are nothing short of phenomenal with 3 games played, 3 tries scored and 326 meters made the young Exeter winger is definitely going to be one to watch when the world cup rolls around. 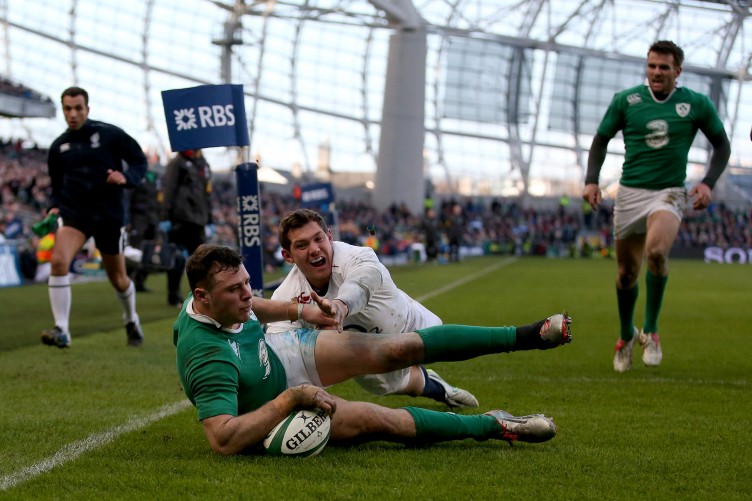 While there could be a solid case made for the inclusion of Jamie Roberts the young Connacht centre has done more than enough to see him off and earn his place in the team. Many who had seen Henshaw excel for Ireland in the autumn internationals knew he would be one to watch in this six nations and he certainly did not disappoint.

A tireless worker in defence Henshaw made a mighty 57 tackles but in his display against Scotland he looked like a real attacking threat as he linked up dangerously throughout with both Jared Payne and Luke Fitzgerald.

Without doubt one of the easiest selection decisions, Joseph was a stand out talent throughout the competition is a strong contender for player of the tournament. Had it not been for injury to regular centre Manu Tuilagi it is near certain we wouldn’t have got to see the Bath man play and England would not have discovered one of the most creative backs that they have produced in many years.

With all eyes turning towards the world cup it will be very interesting to see if Joseph keeps the 13 jersey ahead of Tuilagi or if Stuart Lancaster will keep Joseph at outside centre and put the bulldozing Tuilagi in at 12.

While Tommy Bowe was always solid for Ireland and George North looked dominant against an Italian side who didn’t want to tackle, Williams is the one who gets in to the team after a very impressive six nations. Like Nowell on the other wing, Williams tournament began with him watching from the sideline but following his introduction at the expense of Cuthbert the Scarlets man added a degree of subtlety and unpredictability that the Welsh backline had been sorely lacking.

Despite not possessing the size of a North or Cuthbert, Williams managed to make an impressive 211 meters in just four games and he looked like a constant attcking danger any time he had the ball in hand. While the likes of Halfpenny, Brown and Kearney all had fine tournaments none of them can match the attacking danger that Hogg brings with the ball in hand. The youngest of the 2011 Lions, Hogg showed an astute ability to both recognise and exploit space in opposition defences.

His excellence in attack can be highlighted by that he beat more defenders than anyone else (19) and that he made more meters than any other player (455). 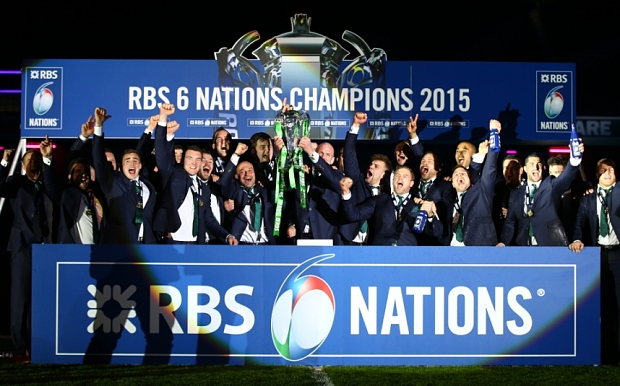