Tiger Woods has arrived at Augusta National Park, hoping to play in his 23rd Masters. This was shortly after recovering from a car accident 14 months ago.

His decision to compete in one of golf’s most prestigious tournaments sprung a surprise to many, particularly those associated with the 15-time Major Champion.

“I’m sure he’s going to tee it up on Thursday,” “He’ll never let you know if he’s in pain. He was bombing it. He didn’t miss many shots, drove it great. He’s just unreal. “Now it’s just the walking part. If he can walk around here for 72 holes, he’ll contend.”

Woods has won five Green Jackets, with the fifth coming in 2019. This was also his first Major Championship victory after 11 years, since the US Open in 2008.

The 46-year old had said that he is wanting to have the chance of equaling Jack Nicklaus’s record of six US Masters Titles.

“I don’t show up to an event unless I think I can win it.”

Woods, who is due to start his opening round on Thursday at 15:34BST also had back surgery in 2019.

The last Major he played, was the rescheduled Masters in November 2020.

Even though Tiger competed once last year, in an exhibition event with his son Charlie in December, he won the PGA Tour’s ‘Player Impact Programme’ – one tweet in November of him hitting balls for the first time since his accident was watched by millions.

Should he win in Augusta, it will put him on 16 Majors, just two behind Jack Nicklaus’s 18, and another Green Jacket will put him level with the Golfing Great in terms of US Masters Titles.

He has already equalled his record of 82 PGA Tour titles.

“I feel like I can still do it. I still have the hands to do it, the body is moving good enough. I have been in worse situations and won tournaments.

“I feel like if I can still compete at the highest level I am going to, but if I feel like I can’t, you won’t see me out here.”

in reflecting on the number of back and leg injuries that have occurred throughout the course of his career, Woods reflects on how the journey has been since last February’s car accident in Los Angeles.

“My back surgeries and the stuff I had to play through, even going back to the US Open when my leg was a little bit busted, those are all times that I can draw upon where I was successful, how I’ve learned to block things out and focus on what I need to focus on,” he added.

“The fact that I was able to get myself here at this point was a success and now that I am playing, everything is focused on getting in that position on the back nine on Sunday with a chance like I did a few years ago.”

Wood even said that he could have died in the crash, with the need to have a leg amputated another fear at the time. He spent several months in hospital.

He did, however, play an exhibition match with his son Charlie in December 2021, where he used a buggy to get through all 18 holes. Tiger was also given $8m for generating more media interest that any other player – with one tweet in November of him hitting balls for the first time since his accident attracting 7.8m views.

But he did say that the Masters could be too soon for his recovery, because of the hilly terrains of Augusta being risky to walk on.

Should he play, and make it through to the final round, it will be 25 years since the famous 12-stroke victory, that earned him his first Green Jacket in 1997.

He was present at the Masters Champion’s Dinner, which was hosted by last year’s champion Hideki Matsuyama.

He will be playing alongside Louis Oosthuizen and China’s Joaquin Niemann in the first round.

Can he take home another Green Jacket? 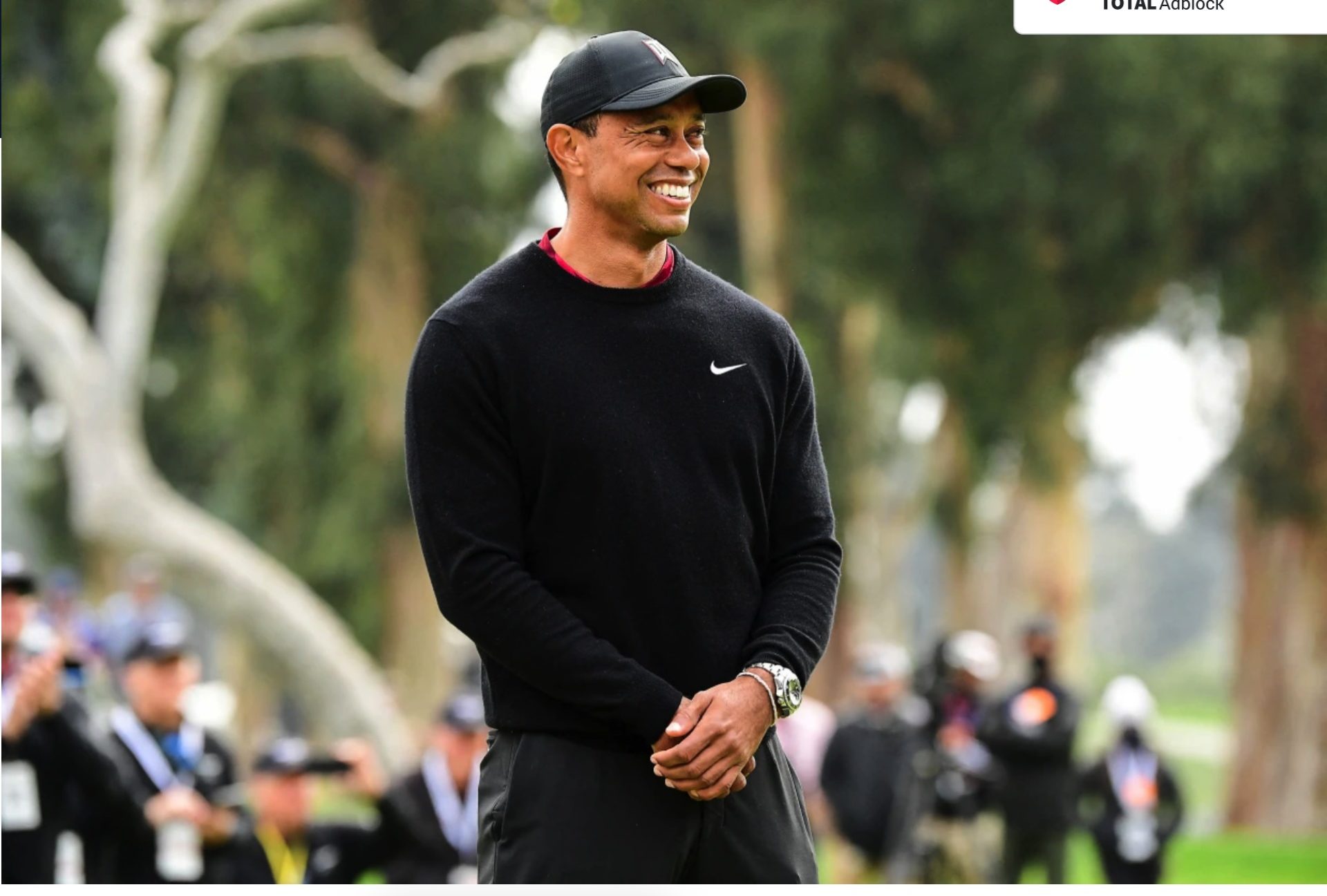