Hands covering faces, cigarettes balancing on the tips of fingers, drinks held to the lips but not sipped from. McGregor vs Mendes was that kind of a fight for a nation of people. Conor in the octagon was the antithesis of nervous, he was ready.

Right from his introduction in the ring he was ready to be crowned. He gestured and taunted, all the while slowly breaking down Mendes with stabbing kicks to the body. Mendes was slowing but unfazed, he stuck to his game plan, get McGregor on the ground and control him from there. Mendes became the first man to take down McGregor in a UFC fight and in the second round he did it again, this time with more success than the first round. In the half guard Mendes rained precise and powerful elbows down over the temple and jaw of McGregor over and over again, picking his moments to make good contact. The wringing of hands could be heard all over the island in the wee hours of the morning as we prepared ourselves for the horror, we were waiting for the shot that would send him limp, and the eyes to glaze over and the dream would be dead.

As McGregor took those shots  and suddenly I saw the look in his face, the way he reacted to the hits and finally with his reaction once back on his feet. McGregor was not about to be beaten on his back. He would take every one of those shots and ask if there was anymore.

Once to his feet with thirty seconds left in the second he made his riposte swiftly, throwing a deftly timed combination. Jab-Straight. A combo that is the bread and butter of all good strikers and boxers, but watching McGregor’s straight left go over the shoulder and connect on the angle of Chad’s chin was as beautiful a sight as there is in combat sports. It was reminiscent of the greats Ali and Joe Louis. CRACK! and he stumbles and McGregor closed in and the fight was over.

But how would he react? What would McGregor do? This is the man who jumped straight out of the cage at the last fight to get in Jose Aldo’s face and the man who stole his title during a press conference. What I saw McGregor do first was a remarkably real human reaction for a man who prides himself on building a persona. I saw the weight drop off him, the weight of the hype, the weight of all his talk, the weight of all the nay sayers and the years of physical preparation. I physically saw the hopes of a nation drop off his shoulders so he could finally stand proudly before us and announce he was a champion. In his interview he was gracious and thankful, even respectful towards Mendes who was winning the fight right up until he lost it.

Conor also showed himself to the be consummate sporting attraction too at the mere mention of Jose Aldo he drops back into his pre-fight mindset, even if only briefly, to tell the world that Aldo was ducking him. This switch from adulation of the people who helped to one-man fight promoter is what makes McGregor special as a entertainer. He knows the work and support that is needed to be a champion at anything and yet when the light are on him he isn’t afraid to say what he believes or what he believes will sell tickets. More importantly unlike say Money Mayweather or David Haye he has the intelligence to know how to get the crowd riled without resorting to phrasing such “as one sided as a gang-rape” or Mayweather racial slur filled rant about Manny Pacquiao.

Now McGregor can set his sights firmly on Aldo and focus on trying to get rid of that nasty ‘Interim’ prefix to his title reign. Word has it that the MGM grand is already booked for the 2nd of January next year, but nothing official on any future fights yet. That is for the King to discuss, in the meantime he will bask in the glory of a big payday and the gold around his waist, knowing full well that his work has only just started. 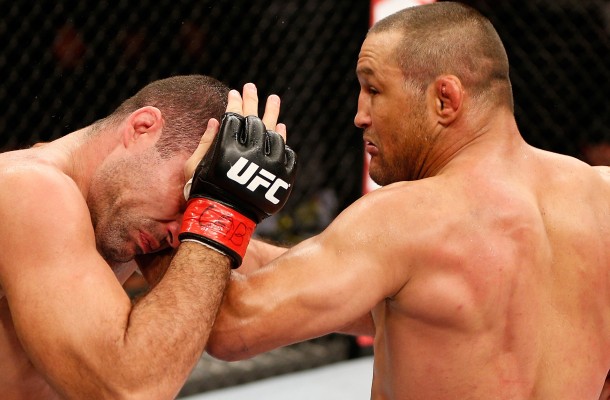