A lot of buzz has come out of Pittsburgh this summer. Recently, the Pittsburgh Penguins acquired talented forward Phil Kessel, Tyler Biggs, and Tim Erixon, as well as a conditional second round draft pick from the Toronto Maple Leafs in exchange for Scott Harrington, Nick Spaling, Kasperi Kapanen and conditional first and third round draft picks. However, the Pittsburgh Penguins organization is still not quite done making offseason alterations to the organization.

Last month, Mario Lemieux and Ron Burkle, current owners of the Penguins, shockingly announced that the team is being put up for sale. Following the announcement, Lemieux and Burkle hired Morgan Stanley to “oversee a review of their strategic options”.

The sale of the team appears to be moving quite rapidly; this week it was reported that a group of investors plan to put in a bid for the Penguins franchise as soon as next week. The Pittsburgh Penguins franchise is speculated to be sold for a price tag between $600 million to $800 million.

In the year 1999, Lemieux and Burkle bought the Pittsburgh Penguins. These owners will always be remembered by Penguin fans, for rescuing the team out of bankruptcy, and for their efforts to thwart the team from relocating. Although it appears as though Lemieux and Burkle will be giving up their ownership of the team in the near future, Lemieux has expressed his aspirations to remain involved with the organization as a partial owner.

Although a sale of the team is anticipated to take place in the near future, the National Hockey League has the right to approve or disapprove any sale. If everything runs smoothly, the Pittsburgh Penguins will have noticeable differences in their team when they hit the ice in October for the start of the regular season. 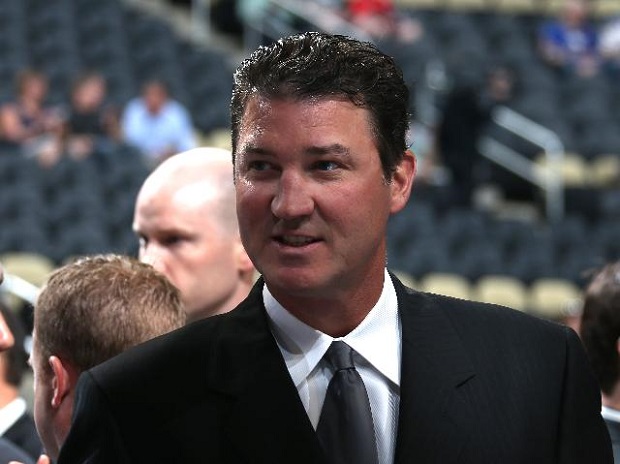