McLaren’s Lando Norris seemed to have the race all under control and in the dying laps of the race, it looked like he was going to celebrate his maiden victory in Formula 1. However, it was pure heartbreak.

The victory was snatched out of Lando’s hands and placed into the palms of Lewis Hamilton, who took the opportunity to claim his 100th Victory in Formula 1. Max Verstappen also celebrated second place and considering he started from the back of the grid it was a fantastic result for him and his charge for the Drivers Championship.

The only team to be disappointed was McLaren. Even though Lando Norris still claimed 7th place and Daniel Ricciardo claimed 4th place, they could’ve scored many more points which could potentially later on come and haunt them in their constructors battle with Ferrari.

Fans are heavily criticising McLaren in their decision to keep Lando out on the dry tyres and are in confusion on why they didn’t follow the other teams in boxing for intermediates.

It has been said that potentially the teams had different data and weather forecasts for the rain which would make more sense on why McLaren made that decision. However, since 2017 everyone has had the same weather service which is Meteo France. Who provides weather information to all the teams and the FIA.

Mercedes boss Toto Wolf also confirmed this saying “It’s Meteo France, the official FIA weather channel”, “It is what everyone has available”.

So it wasn’t that McLaren had a disadvantage or the weather forecast was wrong.

Communication Between The Team

In the dying laps of the race, it was extremely important that there was high communication between the drivers and their race engineers, especially in the crossover points.

Unfortunately, this communication did not happen between the team. According to Andreas Seidl, team principal of McLaren, he said that during the crossover phase in the race, there was a vast amount of conversations going on between the pit wall and Norris to determine what the best decision was, and together they got it wrong.

Daniel Ricciardo also commented after the race that he too was annoyed with McLaren’s decisions of when to pit. His chances of getting back to back podiums were also stolen due to the poor strategy call.

Improving As A Team

Even though McLaren will be gutted for a while because of what happened, they could benefit highly from this in the future. Seidl and Lando have now both experienced the trauma that the weather brings and the tough decisions that have to be made.

ALSO READ:  The Most Controversial Championship In F1 History?

As a team they can now prepare for the next weather-affected race and be more prepared than ever, I doubt that they will let the rain affect them this much again and cause them to lose massive points and memories that they could’ve had.

“It’s a normal part of the sport. And you have days like today, which was a big disappointment.

“But it’s also an opportunity to stay humble, to stay both feet on the ground, to keep respect for all your competitors as well, and to simply keep learning.” 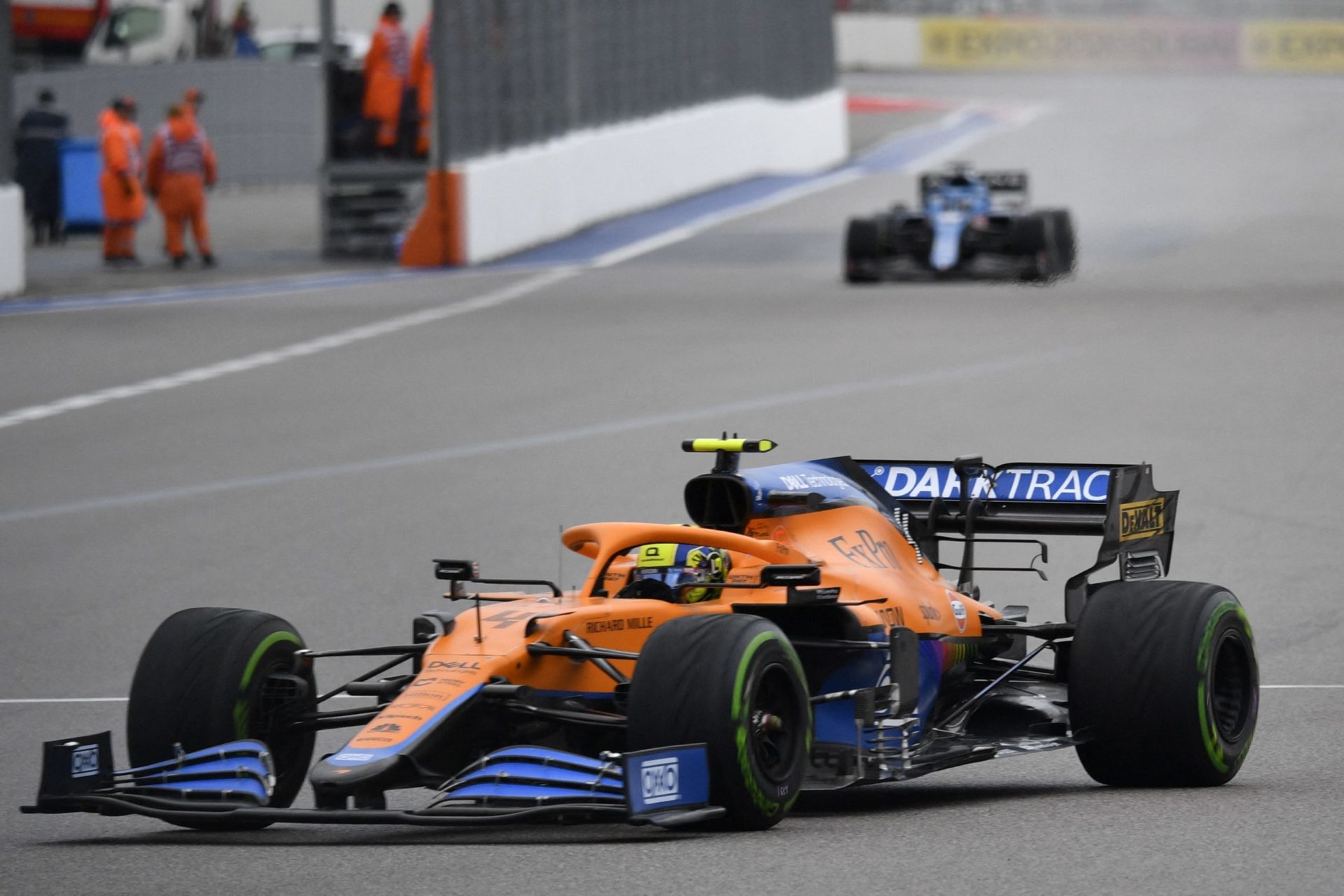