The Miami Heat embarked on their three game road trip out west last night, only to get rocked in a physical tilt against the Denver Nuggets. The Heat, who were in first place of the Eastern Conference after winning consecutive games, brought back Justise Winslow and Derrick Jones Jr. to their rotation, after they sat out with injuries. The Heat struggled early in the first quarter, but managed to draw close with the Nuggets with baskets from Jimmy Butler.

It would be in the second quarter, however, where things fell apart for the Heat. Not only were Miami missing opportunities at the rim with their layups, Denver ramped up their defense, allowing their offense to go on an eighteen to five run to close the second quarter with a ten point lead. Things would only get even more physical as Paul Millsap and Winslow collided into one another, causing Millsap to bleed from his forehead. Thankfully, Millsap was given a headwrap to secure the gash and would play for a little while before heading back to the Nuggets’ locker room.

Denver continued to build on their lead, despite any chance of Miami trying to mount a comeback. Nuggets players Monte Morris, Gary Harris, and Michael Porter Jr. carried their team for much of the fourth quarter, en route to a 109 to 89. This game had some similarities akin to the Heat-Rockets game, with the home team fully dominating the visiting team. Unlike the aforementioned game, the dominating didn’t occur between the second and third quarter. The only highlight to take away from this from a Heat perspective, was one Heat fan from Denver, who raucously and passionately cheered for Miami from start to finish.

For the Heat, Jimmy Butler made 16 points, Kelly Olynyk with 13 points, Kendrick Nunn had 11 points, plus Justise Winslow and Meyers Leonard with 10 points each.

For the Nuggets, Jamal Murray led the way with 21 points, Jerami Grant made 15 points, Monte Morris had 11 points, Paul Millsap and Mason Plumlee had 10 points each, and Will Barton with a double double of 15 points and 10 rebounds.
The Heat continue their road trip, making their next stop at Talking Stick Resort Arena, where they will face another surprisingly surging team in the Phoenix Suns. Game starts Thursday at 9pm and will be televised locally on Sun Sports. 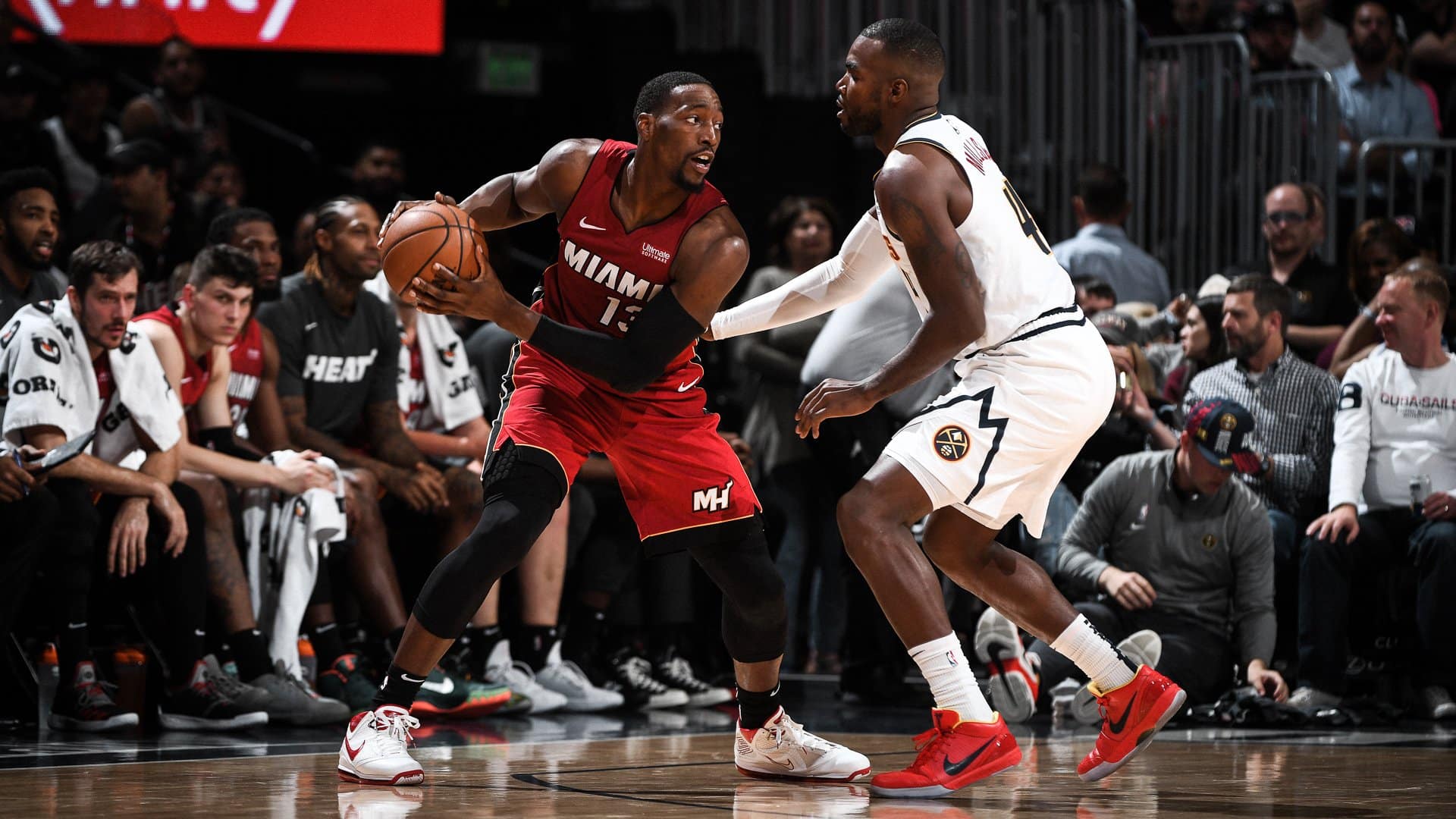