Michael Holding: An Idea which the world must endorse

On 9th July,2020 as the cricketing world was gearing up to witness the resumption of International cricket after the 3-month odd hiatus throwing the game into the wind, a heart-winning speech by the eternal great of the game Micheal Holding left the audience rethink about their ideas and believes of the world. He offered his deepest of condolences towards the budding American citizen George Floyd who was forced to gasp as his skin color was given a priority over humanity by American Police officers.

While all the cricketers were taking a knee under the gray skies, Holding was busy educating the world with the mic on his hand. Preluding with rage and agony, Holding did not mend his words and was quick to hit heavily on the white privilege that the history has been a victim of.

Lashing hard on why the education system has failed to convince the students, he targeted the past generations for demonizing the black race as a result the black achievement never garner light even today.

In his words, “Everything should be taught. When I go back, I remember my school days. I was never taught anything good about black people. And you can’t have a society that is brought up like that, both whites and blacks, that only teach what is convenient to the teacher.”

He added “Education is important unless we want to continue living the life that we are living and want to continue having demonstrations every now and again and a few people saying a few things. When I say education, I mean going back in history. What people need to understand is that thing stems from a long time ago, hundreds of years ago,”.

Michael Holding did not hold back this time

The powerful message also treasured some pathetic experiences which the blacks need to undergo in their lives on a regular basis. “They keep on telling me, there’s nothing called white privilege. Give me a break! I go see white people going into a store and without being followed, a black man walks in and somebody is following him everywhere he goes. That is basic white privilege. Whether that white person went in and robs the place, he is never going to be thought of that way and things like that have to change.”

Unfortunately, the fierce speech emboldened with dark clouds of hate still mounts around the world. The 66-year-old stalwart knows how to throw unplayable Yorkers with words too.

In an era, where irrational thoughts and practices are challenged, the Black Lives Matter stands as a hope for all the black and egalitarian masses who may have assumed before taking their first breath that the world is a better place to live in.

He stated that this movement will surely not brush up into the carpet and things will change for good.

Lending an argument in favor of black race Michael Holding mentioned that the black race has been dehumanized even in religion. “Jesus Christ has been depicted as white while Judas, who betrayed him, is a black man and that is how people have been brainwashed over centuries.”

“I hope it doesn’t go back to normal. The train should keep on moving. I am 66 years-old and may not see that [change]. My grandson is six and I hope, when he becomes a man, there will be nothing about black, brown, white or pink; people will get opportunities based on their skills. You cannot change what is in people’s heads overnight.” he said.

It aches my heart when a Champion like Michael Holding tears down explaining the incorrigible experiences that he had faced in his life so far. In an effort to root out the weed of racism for the world Black Lives Matter is a much-needed antidote and we must not dusk the rage towards apathy till the time Justice is delivered and practiced.

To Know more about cricket click on the link given below 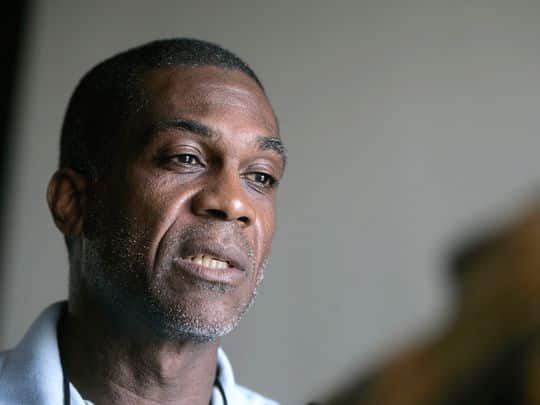