The baseball season finally got underway on July 23rd, we were treated to one of the most action-packed opening weeks that I can remember.

Just a week ago baseball fans across the world were filled with that warm fuzzy feeling that only opening day can bring, the season’s changing, a new beginning, all the usual cliches. What we didn’t know is that before the first game even started COVID-19 would rear its ugly head and open the floodgates to a downpour, not unlike the storm that caused the Nationals and Yankees game to be ended early.

Just hours before the first pitch was scheduled to be thrown, the news broke that Juan Soto the 21-year-old Wunderkind tested positive for the virus and would miss the opener. While this would put a big damper on the proceedings that followed just having the sights and sometimes fake crowd noise filling the living room again made things feel right.

The Soto positive test wasn’t the only bad news on the coronavirus front though, two Atlanta Braves catchers, Tyler Flowers and Travis d’Araund tested positive before the season as well. If that were the worst of it we’d be sitting pretty ready to go for week number two, alas the team that was scrimmaging against Atlanta when those two tested positive, the Miami Marlins brought the sport nearly to a halt.

Before Sunday’s series finale between the Marlins and Philadelphia Phillies, Craig Mish of Sports Grid sent out this tweet that stated: “the Marlins will likely be without at least three of their position players and one of their pitchers in the coming days.”

That was just the opening salvo from COVID-19 in this one, in the coming days the total number of positive cases involving Marlins players and personnel ballooned to 17 total cases. The result being that the Marlins season would be paused until Monday, Aug 3rd at the earliest, and the teams they were scheduled to play would have their schedules rearranged to accommodate these newly opened dates.

The good news was that none of the Phillies tested positive after the game and while they had two of their games postponed they shouldn’t be without any players once the season resumes for them. We’re all on wait-to-see mode as more information comes out and more reports about the Marlins become available.

We finally have games. How do they feel?

As we all knew when the season restart was announced, there would not be fans in the stands for quite some time; although some teams and states are open to the idea of allowing fans to go to games in person that just seems like a really bad idea. If we can’t keep players from contracting the virus why should we allow fans to go the ballparks instead of just watching from their couch?

Does the loss of fans impact how each game feels on tv? To me, it depends on where the game is being played, when the Chicago Cubs opened the season at home against the Milwaukee Brewers in Chicago it was very different to see the Wrigley Field bleachers covered in tarps with ads on them. Fox did a pretty good job of adding computer-generated fans to the broadcast on Sunday for the last game between the teams, but it just didn’t have the same feel of a normal game.

On the other end if you’ve got a game played in Tampa Bay or Oakland it doesn’t look as weird without fans and adding fake fans and crowd noise to the broadcast only makes the lack of fans stand out even more. You’ll hear pumped in crowd noise during some of these games that didn’t exist unless you were watching a playoff game in that city.

As a fan of minor league baseball, it’s much cheaper and more accessible to fans than a big-league game, not having a ton of fans isn’t out of the ordinary to me. So the no fans experience isn’t as jarring to me as it might be for other fans. The cardboard cut-outs that some teams have placed in the front few rows have been pretty funny and allow fans to interact with the teams during this pandemic.

Injuries from week one

There was some disappointing news on the injury front from the first week along with the COVID-19 fallout. These injuries to each specific player weren’t projected but the presence of them was foreseeable due to the short ramp-up period before the restart. Teams only had a few weeks of summer camp to prepare for the season as opposed to the month and a half offered during regular spring training.

Pitcher injuries, in particular, stood out from the opening week, three former Cy Young winners were placed on the injured list after just one weekend of baseball. Clayton Kershaw was scheduled to pitch for the Dodgers was scratched before the season began because of a back injury, this forced rookie Dustin May to start the opener for LA.

Corey Kluber who was traded from Cleveland to Texas during the winter and joined a sneaky good rotation had high expectations. After throwing just one inning for his new team Kluber was pulled from the game and shelved for at least a month because of a shoulder tear.

Last year’s Cy Young winner, Justin Verlander, reportedly strained his forearm during his start against the Seattle Mariners on opening night. What should be an easy injury announcement turned strange as conflicting reports came out from the Astros and Verlander camps in the days following his outing. The first report we heard was that Verlander would be done for the season but that was refuted by the man himself saying that he would be re-evaluated in a couple of weeks. The scary thing is the forearm tightness that Verlander sustained is usually followed by the news that a player will undergo Tommy John surgery to repair their UCL.

Each of these injuries will have a large impact on their team’s chances this season, although both the Dodgers and Astros will still be favored to at least make the playoffs without their aces.

Speaking of teams making the playoffs, MLB announced a new playoff format for this season about an hour before the season started. It doesn’t make sense to announce such a change so close to the season beginning, teams probably would like to know this months in advance.

The new format expands the total number of playoff teams to sixteen, an increase of six teams from just a few months ago. There’s a chance this change could only be for this season, I don’t expect that to be the case as MLB and the MLBPA had discussions about an expanded postseason this winter. Maybe it won’t stay with sixteen teams but I believe we’ll see more than 10 playoff teams for 2021, there’s just too much extra money to be made.

How will it work? Well, the top two teams in each division will be given automatic bids to the postseason but that only gets us to 12 teams, the remaining four teams will be determined by record. But it’s not just that there will be no extra games to break ties in the standings, no game 163 this year. Instead, ties will be decided first by head-to-head record then record inside their division.

Notes from the week, 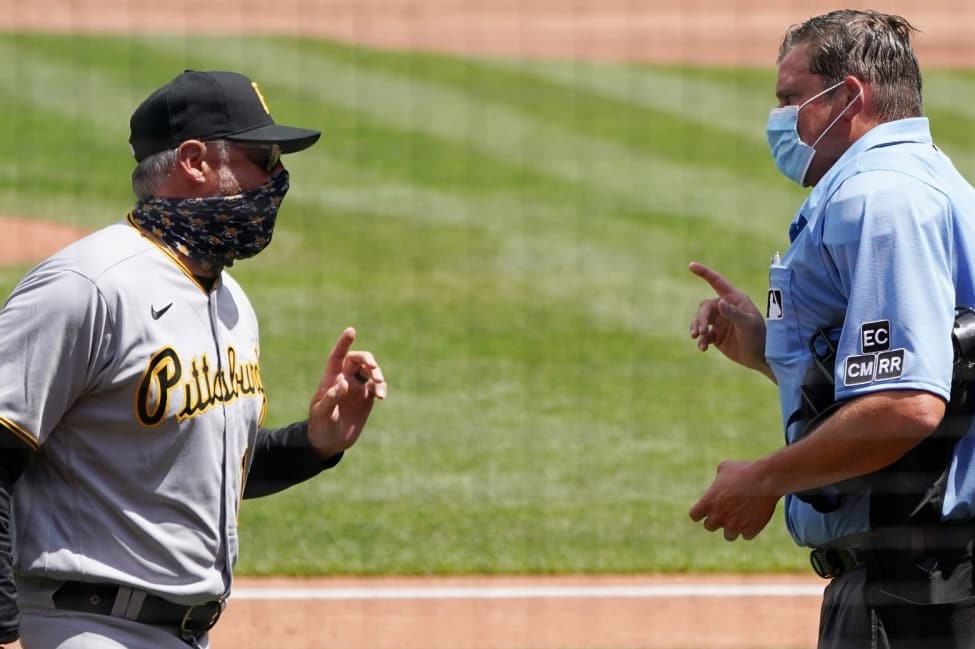