As Saturday draws closer, our full attention shifts to Hamilton this weekend, which is set to be one iconic encounter. The Chiefs are due to host arguably the most successful, all-time Super Rugby franchise, The Crusaders, at the famous Waikato Stadium this Saturday.

Where many experts believe this could be the standard ‘walk in the park’ for the Canterbury side, The Chiefs Head Coach, Warren Gatland, will look to impress his loyal supporters in the predicted 26,000 sell-out crowd. This encounter will also mark the third match for 2020, along with their last encounter in Hamilton, where The Chiefs pulled off a gritty 25-15 performance over The Crusaders, back in February.

As kickoff looms around the corner, major milestones are to be achieved by two iconic members of the game, for their respective franchises. Aaron Cruden, The Chiefs Number Ten, will run out for the 100th time in front of his home crowd. On the other hand, legendary All Black lock, Sam Whitelock, will earn his 150th cap in the Crusaders jersey.

With these two teams about to lock horns this Saturday, the last time they met was in Christchurch, with the Crusaders winning a very close, nail-biting encounter, with only 18 points to 13. As it had only been the third round of the inaugural Super Rugby Aotearoa tournament at the time, it’s safe to say that plenty has changed for both sides, who now have everything to play for this Saturday.

There is a handful of experience to be considered as both forward packs have great leaders in their mix. Recently awarded New Zealand (and Chiefs), Captain, Sam Cane will be leading a pretty powerful pack with his co-flanker, Lachlan Boshier, in fine form. Immense pressure is undoubtedly on the shoulders of Captain Cane. Will this be Sam’s ideal opportunity to prove that he is the best open-side flanker for the All Black’s starting side?

It would appear to be a titanic battle for Gatland’s side, with the opponents boasting the likes of domineering lock, Sam Whitelock, and the skillful hooker, Codie Taylor, both imposing major threats at the breakdown. The Crusaders have proven to be the dominant forward pack that is rarely on the back-foot on game days, which still remains to be seen for The Chiefs.

Both sides have a large scale of ammunition in their backlines, as major duels are expected to keep us glued to our screens for the full 80 minutes this weekend. An extremely exciting fly-half battle between Aaron Cruden and Richie Mo’unga is guaranteed to generate an expansive game plan for both sides. The question remains; which number ten will get the one-up over their opposing rival?

The other match up we eagerly anticipate is which fullback will be the perfect finisher on the day. Every rugby fan seems to love the attacking-role Chiefs fullback, Damian McKenzie, displays famously on match days. While on the other side of the pitch, his opposing fullback, The Crusaders, Will Jordan, will have other ideas as he currently leads as the top try-scorer for the Super Rugby Aotearoa 2020 tournament to date.

Needless to say, we are all in for an exciting game in Hamilton this Saturday, and well all know that saying: “We never know what to expect until the final whistle is blown!”

As expected, The Crusaders are most likely to be the victorious side, despite playing away from home this Saturday. Can Coach Warren Gatland avoid falling a victim to a 7-game win-less streak?

With that being said, I predict a close encounter until the 60th minute, with the ‘Big Match Temperament’ from the Crusaders breaking away with a 15-point victory.

What are your predictions for this up and coming match this weekend? Let us know in the comments below and be sure to follow us on @worldinsport for more rugby-related news! 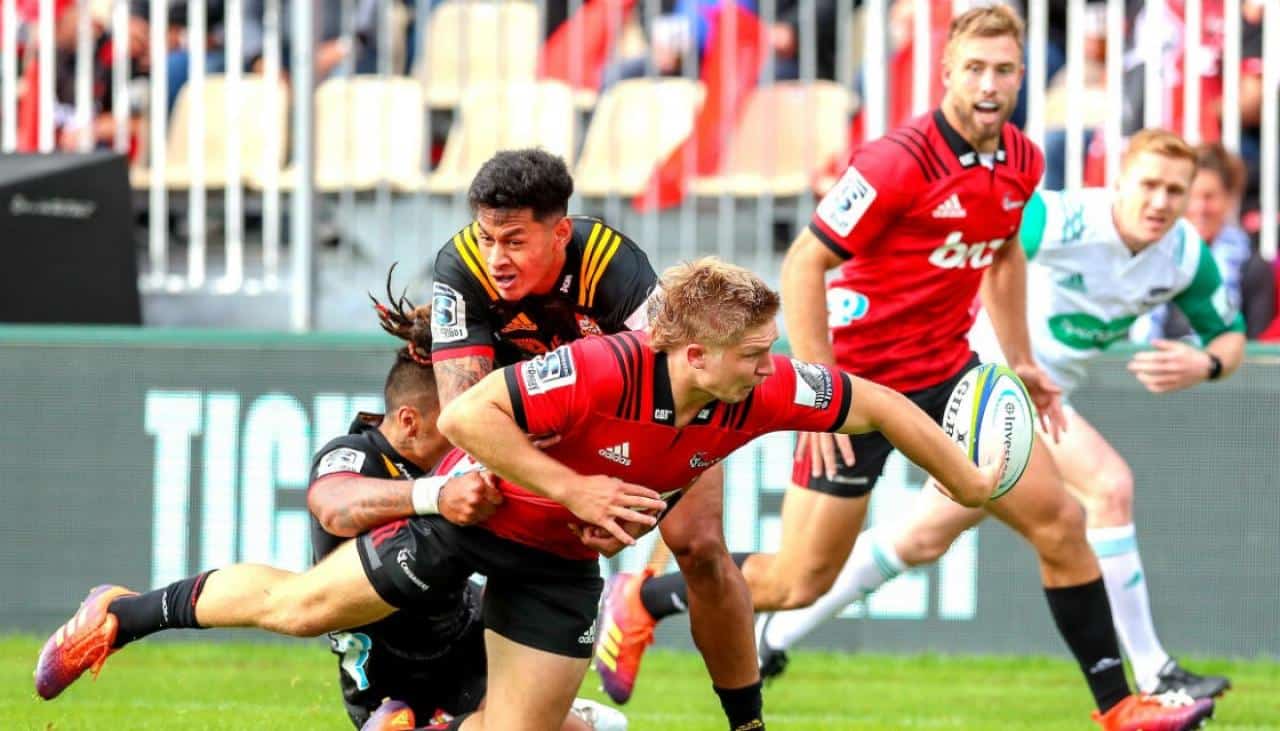