The NBA trades players a lot. Most of the time they are good trades, not stupid trades that would get a team more losses. But the New York Knicks just recently made a stupid trade in my opinion. They are currently 5-32 as of 1-6-15. But now their record is going to worse.

They traded 2-3 of their best star players. They got 2 players who might be able to make their starting line-up.

They’re just having a terrible season. Here’s what happened on the Knicks part of the trade;

Now, I’m going to tell you What Team Traded what player!

Now to me, that’s a terrible trade. This is almost as bad as the Boston Celtics trading Rondo. Besides Carmello Anthony, Smith and Shumpert were the Knicks other two best players.

The Knicks defiantly need them now than ever!

The Knicks record is 5-32. They are currently the last place team in all of the NBA! The Knicks Star player “Carmello Anthony” told the media;

“I’m all right, I’m not shutting it down for the season yet — just trying to take some time to get it right.”

They now have Lebron James, Kyrie Irving, Iman Shumpert, J.R.Smith and Kevin Love. They are officially a team to look out for on the Court.

Oklahoma City now has Russel Westbrook, Kevin Durant, and the newest member of Oklahoma, Dion Waiters. Dion is not the best player ever, but his offensive skills are not bad.

I really think the Thunder could use Waiters. Especially with Durant and Westbrook. This team might also be a team to watch out for.

Basically this 3-man trade was a success for OKC and Cleveland. For the Knicks they lost 2 of 3 of their best players. They need Smith and Shumpert to get better, and right now they’re just getting worse.

They are one team that doesn’t have to try to tank. They’re doing it anyways on their own.

Write down in the comment’s if you think an NBA Coach should be fired/released. And Follow me on twitter @JCullity97 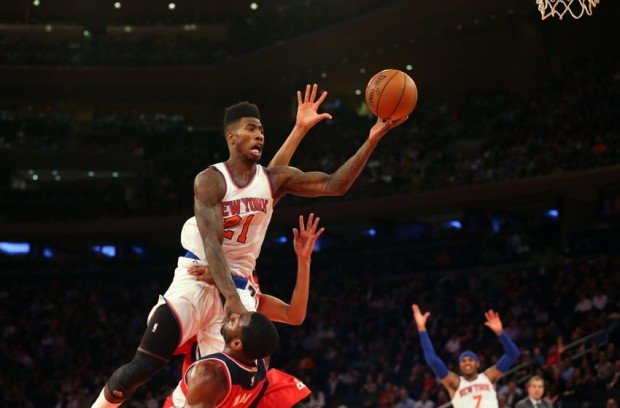