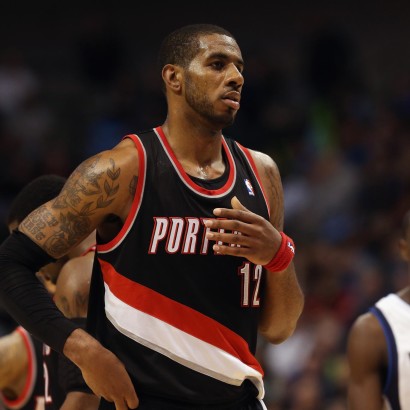 It’s that time of the year again and there has been loads to talk about this year with so many players entering the free agency. There is one player in particular that has caught everybody’s attention this summer and he is LaMarcus Aldridge.The all-star power forward from Texas is currently a free agent having decided  to opt out of his contract with the Portland Trailers with whom he played for for 9 seasons leading them to 6 play-off appearances  and it seems like everybody wants him in their team.

Although Aldridge has some injury woes  after tearing his radial collateral ligament  in his left thumb , he has averaged 19.4 points with 8.4 rebounds per game which would be  a very respectable contribution to any team in the league.Also its not just statistics that make Aldridge a wanted man across the NBA he also has a significant presence on the court and he is a natural leader which makes him a go to guy  down the stretch.

As Aldridge is still a free agent as of now lets look at the teams who have enquired about him and see where he could end up come October.

The Lakers are a team in need of a player like Aldridge , having just drafted Ohio State Point guard D’Angelo Russell they are looking to rebuild to a team that can bring championships back to Los Angeles and bringing Aldridge in would dramatically increase their chances of doing that, however this isn’t looking likely to happen so far.Although the Lakers can offer LaMarcus good money to join it doesn’t seems like he wants to go to LA after their first meeting.Things may take a turn for the better though as it has came out that he will have another meeting with the Lakers to see if they can persuade him to join the Purple and Gold.If not it seems the Lakers will pursue Clippers Center DeAndre Jordan.

The Suns have entered the race for Aldridge’s signature and seem desperate to land him.They have acquired 2012 Defensive player of the year Tyson Chandler and also used Chandler as part of their pitch to Aldridge, it seems like the pair could do a great deal of damage combining Chandlers defence and Aldridge’s offence on the court.

Recently the Suns have traded Reggie Bullock ,Marcus Morris and Danny Granger to the Pistons for a second round pick allowing them to open up more cap room to give Aldridge even more money , 8.4 million to be exact .Things seems like they could work out for Aldridge in Arizona but it’s just a case of whether or not he sees them becoming a championship winning franchise.

The Spurs seems to be the leading contenders to land Aldridge this summer and with this signing they would almost certainly be championship contenders. Pairing up with two time MVP Tim Duncan could create a dream front court worthy of winning a title .3 time coach of the year Gregg Popovich has showed great desire to land Aldridge and it could become a reality very soon as it seems like the perfect fit for him.”Pop” actually travelled to meet with LaMarcus to discuss a deal ,an action that does not happen often as Popovich has said that he never travels to discuss deals with players.This indicates that we will probably see Aldridge as a Spurs next year but stranger things have happened. 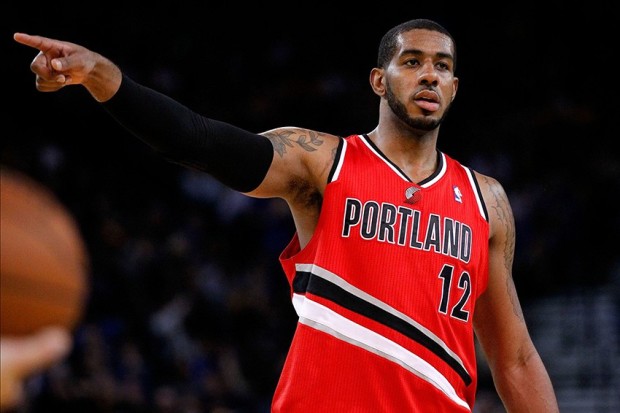