Betting on the NBA lines is great, but it is even greater when there is a player who you know will influence the odds on the team you love.

This is not an unusual occurrence, there are many teams that have had players who have shifted the odds and made a team hot to trot. However, not every legend of the game is one who simply shifts the odds in their team’s favor.

Some of the greatest players of all time go widely unrecognized, and this was the case for Dennis Rodman. It was not that he was not highly recognized by his teammates or fans for being an absolute legend, he was just… underrated.

Who Is Dennis Rodman?

Dennis Rodman is a former pro basketball player, he played in the NBA. He is also well known for being a US Peace Ambassador to North Korea. Rodman is also nicknamed the worm.

We would note the team he played with, however, he played for many different teams over the reign of his career. Many basketball players may play with one team, maybe two, three or even four.

Rodman, on the other hand, played for a grand total of 11 teams throughout his career.

Rodman was known for his fierce defense playing, and his exceptional rebounding abilities. He is noted as being possibly the best rebounding forward in the history of the league.

He played small forward for some years, however, later he became a power forward.

His achievements are many, and he never seemed to stop pushing himself forward to do more, and better.

The Most Underrated Player In The NBA History

So, who is he? Might you recognize him. Some would describe him as that dude with the crazy hair who dressed up like a woman, the man who played with Jordan.

That is him, you usually remember him from these traits, but he was much more than his description, and his achievements speak for themselves.

His rebounding abilities alone were enough to put him in the history books, but his unrelenting force and his skills as a defender were second to none.

The highlights of his career may have been overshadowed by what controversy he managed to stir up in his career, but in spite of all this, it is with no doubt that we say Dennis Rodman is definitely the most underrated player to have played in the NBA!

Why? Well… take a look at his achievements!

He was named NBA Defensive Player of the Year twice, and named to the NBA All-Defensive First team 7 times.

But this is not all.

His rebounds were what made him. In his time with the NBA, his rebounding titles came consecutively, and during this 7-year reign, the worst year average for rebounds was 14.9 per game, and his best was a grand total of 18.7 rebounds per game.

The Legacy He Left Behind

Dennis Rodman was well known for his defensive skills, but his rebounding prowess came later in his career and he became known as a rebounding genius.

He may have originally played as a small forward, but we think that his change to being a power forward was definitely the right move for him.

His stats are where his legacy is, and what makes him a legend. However, it is also visible in how long he played for that he truly loved the game as well, and put his absolute all into it.

Sure, he may have driven up some controversy in his career, but that is always going to be something that happens for players that are open game in the public eye.

Nonetheless, controversy or not, he was an underrated player who absolutely rocked the basketball world with his rebounding abilities! 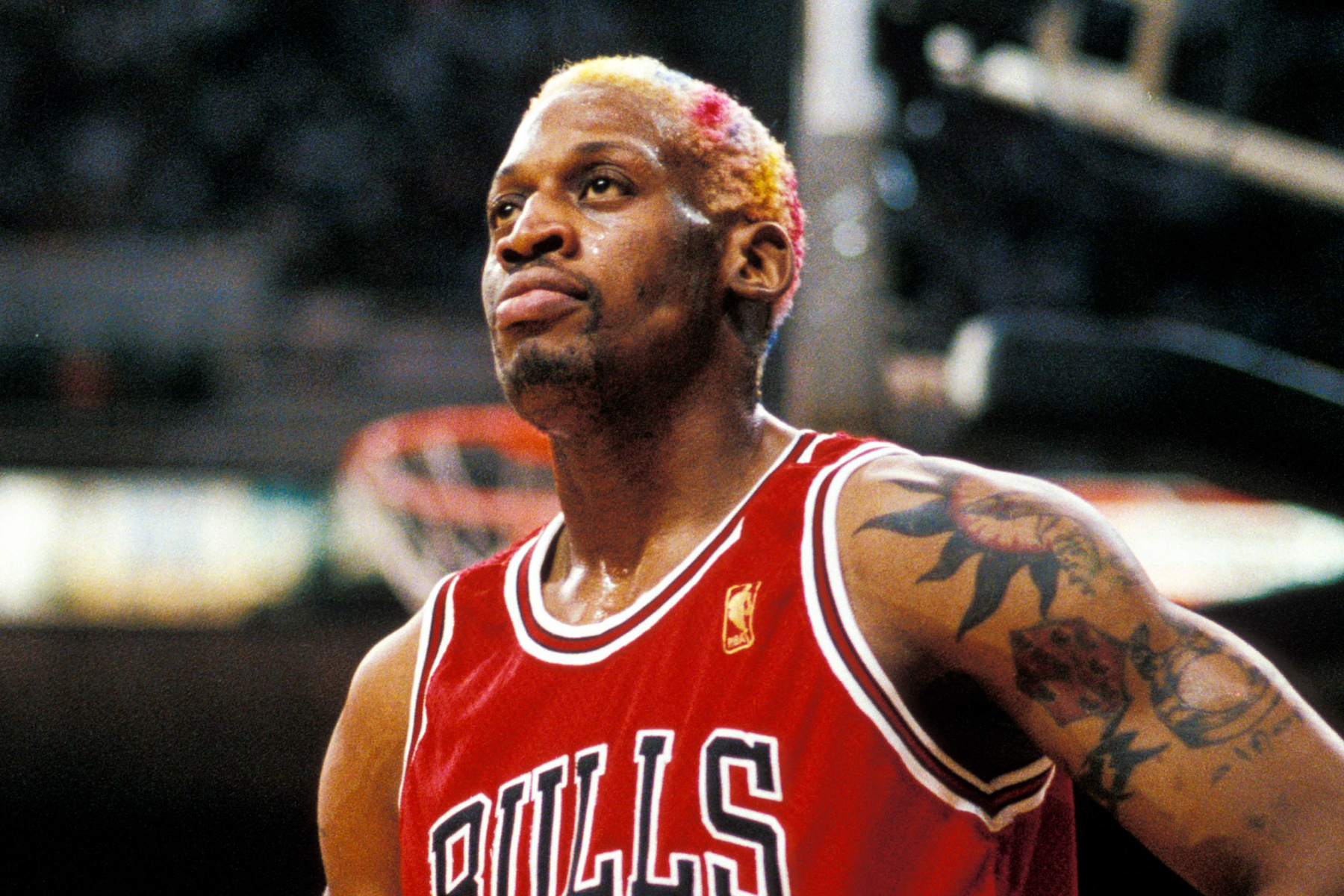