We are used to seeing Rafael Nadal down a set or a break in the match, scrambling and recovering during baselines rallies.

What would usually follow in such events is a brilliant passing shot or a winner and his famous “Vamos!” that would spark the Spaniards comeback in the match.

Simply put, it is common to see Rafa Nadal in trouble, and it is also common to see him getting out of that trouble with outrageous shots that would leave tennis fans in awe every single time.

But his mental edge goes beyond simple matches. Ever since he took up professional tennis, his career was plagued by injuries. Foot injuries, knee injuries, back injuries, appendix, wrist, hands, you name it, the Spaniard had it all.

Many times he was forced  to retire in big matches due to this issue, including a grand slam final and there were periods when he had to take time off court to heal, sometimes for more than 7 months.

But every time he returned to the tour the 14-time Grand slam champion would quickly regain his confidence and resume his tennis conquests where he left off.

Even when he lost 8 finals in a row to Novak Djokovic in 2011 including defeats on his beloved clay and a near 6 hour Australian open final epic, the Spaniard remained calm.

“He is playing unbelievable tennis, I fought until the last point, I tried my best in every moment, but it just wasn’t enough today.”

“I will work hard to improve and hopefully I will be able to win in the future.” said Nadal after his 2011 US Open final loss, his 7th consecutive loss to Djokovic.

However, in the last year or so, Rafa has not been on his highest level, both physically and mentally. At 28, he still has plenty of mileage left in his legs, but the Spaniard admitted after his third-round defeat on Sunday night that he has been experiencing a new sensation: lengthy spells of nervous tension on the court.

“Today my game in general improved since a month and a half ago. But at the same time, I’m still playing with too many nerves for a lot of moments, in important moments.”

“I have been able to control my emotions during 90 per cent, 95 per cent of my matches of my career…”

But Nadal vows to put an end to this problem

The effects of the 3rd round loss in Miami will see him drop at least one spot in the rankings and he could slip as low as no. 6 if Milos Raonic and Kei Nishikori reach the quarters.

Have years of mental blows and a physically demanding playing style finally taken an irreversible toll? Or is this just another rough patch for the Spaniard? 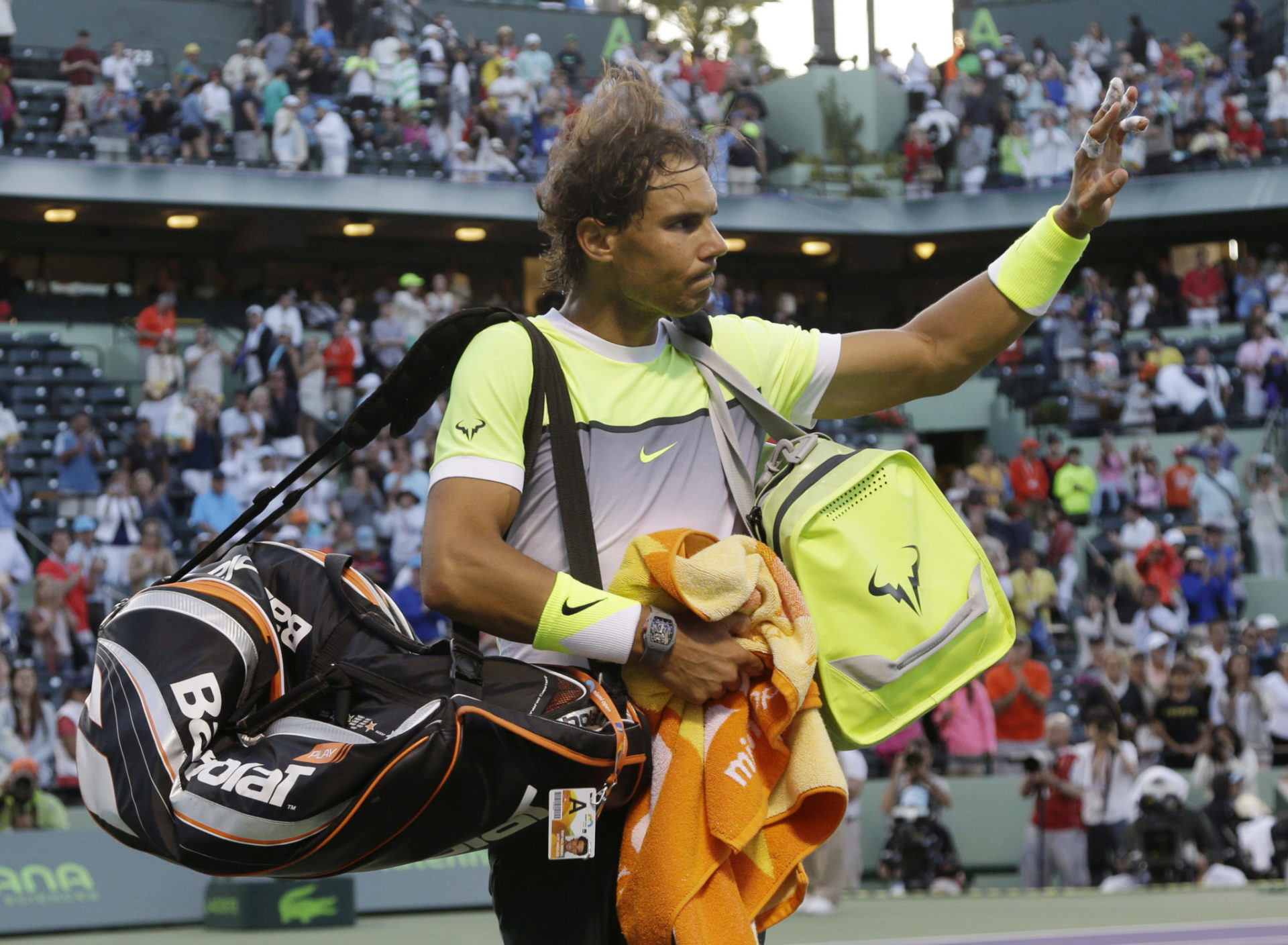