Top Performers from the 2015 Six Nations

With such a good number of top class players on display picking the best of the bunch will always be controversial. Some great players miss out on the list but those who are included would make their mark in any rugby competition at any level.

Its tough playing in a losing side but Stuart Hogg can hold his head high following his performances. He was a bright spot in a dismal season for the Scots. Hogg is a fine defender and showed his ability on attack by scoring the opening try against Wales, following a spectacular solo run. Scotland’s answer to Leigh Halfpenny, Hogg is one of the world’s best full backs and, in a better side, would have more chance to prove it.

Jonathan Joseph’s inclusion in the England side came as no surprise to those who have seen him play but his performances in the white jersey were a revelation as he provided spark to a back line often criticised for being predictable and one dimensional. With his pace and fluent, elusive running, Joseph has served notice to England’s other potential backs that they will need to look to their laurels if they are to oust him from the centres.

Ireland scrum half Conor Murray has attracted his fair share of superlatives during his career and during the 2015 Six Nations he showed once again why he is considered to be among the world’s best. He has a great head on his shoulders and matches excellent decision-making with fine execution whether it be running, passing or kicking. He is also a stubborn defender and regularly makes a nuisance of himself when opponents are in possession. With Jonathan Sexton outside him, he makes up one half of what many consider to be the best half back pairing around.

Veteran Paul O’Connell is an icon of Irish rugby and in what was probably his last Six Nations championship belied his 35 years to give rock solid performances that helped Ireland retain their title ahead of England and Wales. Once again, O’Connell was inspirational as he led his side through some tough matches and worked tirelessly to put his side on the front foot with powerful runs and strong defence. Nearing the end of his career, O’Connell will surely enter Irish rugby folklore as one of the country’s finest players, both on and off the field.

Few wear England’s Canterbury of New Zealand jersey more proudly than lock Courtney Lawes. Unfortunately he missed much of the Six Nations due to injury but once on the pitch he made his presence felt. Everyone has been talking about how that jolting tackle on French fly half Jules Plisson changed the complexion of the final game but Lawes is more than just a big hitter.

A wonderfully versatile player, his game has improved markedly and now he runs well and carries the ball strongly to put his side on the front foot, and his ball skills are up with those of the best forwards around. With this powerhouse in the pack, England’s forwards can expect to enjoy a degree of superiority over most opponents. 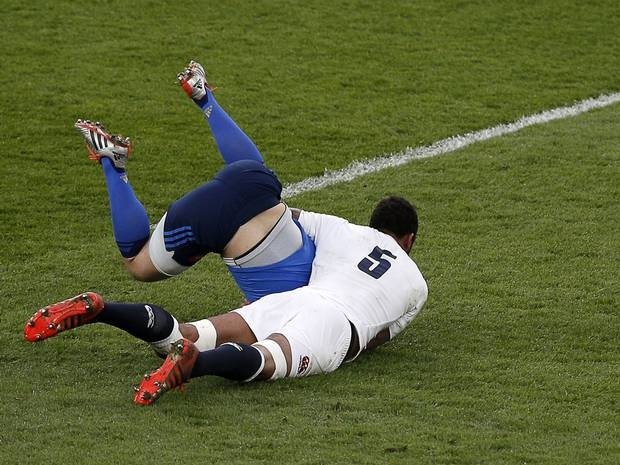