After a really tough start in yesterday night’s game (Tuesday), the Brooklyn Nets came back from 17 points deficit against the Milwaukee Bucks to win the game (108-114) and lead this Play-Offs series 3-2. Therefore, Game 6 is a must-win for the Bucks if they want to play a Game 7.

This game 5 of the Eastern Conference Semifinal was very important for both team as it was a pivotal game that could decide the winner of this series. In addition, the Brooklyn Nets had to play game 5 without Kyrie Irving that injured himself after a bad landing during game 4, he will likely miss the remaining of the series. However, the Brooklyn Nets could count on the return of James Harden after his injury in the first second of Game 1.

Undoubtedly, the Milwaukee Bucks lead by Khris Middleton and Giannis Antetokounmpo had the momentum in the series as they were down 2-0 and tied the series on their court. Now, with Kyrie Irving’s injury, it seemed that they have all the card in their hands to win the series and qualify for the Eastern Conference Final.

Kevin Durant in the Zone

Clearly, Kevin Durant had a lot of weight on his shoulder before this Game 5 because of Kyrie Irving’s absence and James Harden who is not in perfect condition. However, Kevin Durant showed up and put up an incredible performance to help his team to win this very important game.

The forward compiled an incredible triple-double with 49 points, 17 rebounds and 10 assists at which we can add 3 steals and 2 blocks. Even though Kevin Durant was on fire, he was able to count on Jeff Green who helped in terms of scoring and that had his career-high with 27 points with 7 3 pointers.

Furthermore, Kevin Durant’s unbelievable performance made him enter the history books as the only player to record 45+ points, 15+ rebounds and 10+ assists in a Play-Off game. Kevin Durant also became the first player to play every minute of a Play-Off game since Lebron James in 2018.

He literally carried his team the whole game keeping them in the game despite an impressive first half the Milwaukee Bucks that led the game until the half of the 4th quarter. After this wonderful game from Kevin Durant, other players reflected on his performance:

“He is the best player in the world right now.” said Giannis Antetokounmpo about KD performance in Game 5.

” The world is witnessing, once again who the best player in the world is.” said Jeff Green.

Despite Kevin Durant’s great performance and Giannis Antetokounmpo’s 34 points and 12 rebounds, the Milwaukee Bucks lost a game that was dominated because they failed in the money time and could not keep their big advantage of 17 points at half-time. Now, they must win the next game to keep their hopes up in this Play-Offs series. 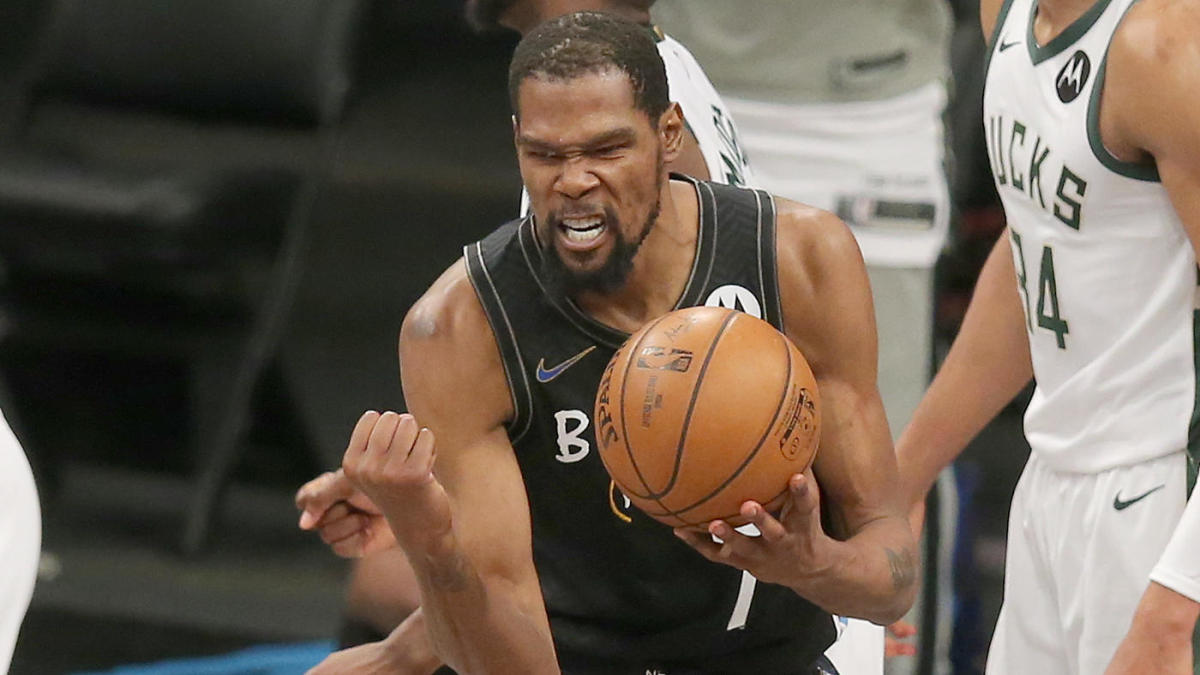