After yet another unique basketball season, we have finally come to the postseason. The 2021 NBA Eastern Conference Playoffs may have already begun, but we’re still in the feeling out process. 16 teams look to stake their claim into hoisting the Larry O’Brien trophy, but which team will make it has yet to be seen. Here’s a look into the Eastern Conference first-round playoffs.

The Sixers made headway through the Eastern Conference, claiming the coveted number one seed over the heavily favored Brooklyn Nets, while the Wizards were one of the two teams in the East (Boston Celtics being the other) to make their way out of the play-in tournament. Washington got hot towards the end of the season, led by Russell Westbrook’s remarkable triple-double performances and the helpful scoring of Bradley Beal. Though Washington may have its one-two punch combination with their backcourt duo, it would be a tall order for them to go against Ben Simmons and Joel Embiid.

The only edge that Philadelphia has over Washington is that they have players that have far experience in making the Finals in the likes of Danny Green and Dwight Howard, plus key players like Seth Curry, Tobias Harris, George Hill, and rookie Tyrese Maxey. Washington may have a young core led by Rui Hachimura and Robin Lopez, but it will be an uphill climb. The Sixers swept the regular-season series against Washington and they will look to do the same in the first round of the playoffs.

Both the New York Knicks and the Atlanta Hawks surprised basketball fans this season with their developing progress towards reaching the postseason, especially the Knicks, who’ve missed the postseason in 8 years.

Last night’s game for the Knicks felt more like watching the Finals, with how the Knicks crowd was so energized and enthralled with just seeing them on the floor of Madison Square Garden, rather than struggling to get the number one draft pick in the lottery. Despite the Knicks’ loss to the Hawks, this serious looks to go the distance.

Keep an eye on R.J. Barrett and Immanuel Quickley to assist Julius Randle for New York, while John Collins and Clint Capela do the same for Trae Young and Atlanta. The Knicks swept the regular-season series against the Hawks, but Atlanta looks to get the better of the Knicks. This series will provide a lot of high-end basketball as both teams look to take the next step in the right direction.

Prediction: Either team in seven games.

Last season, the Miami Heat shocked the basketball world by upending the Milwaukee Bucks in five games at the NBA Bubble, en route to becoming Eastern Conference Champions and a trip to the NBA Finals. This year, things are much different for both teams, though slightly. Milwaukee is still a top team in the East, while Miami, despite being a lower seed, looks to prove all the doubters and naysayers who continue to call them “Bubble Frauds,” wrong.

Their series began on Saturday with an epic bang with lots of physicality and clutch baskets, which sets the tone for the duration of not just their series, but the entire playoffs. Giannis Antetokounmpo is out for redemption and revenge against this Heat team while Miami’s core of Jimmy Butler, Bam Adebayo, Tyler Herro, and Kendrick Nunn look to make some noise of their own. Many Heat fans are confident that Miami will repeat their success against the Bucks, winning the series in five games, but after seeing how the Heat was touch and go against a Bucks team that looked to eviscerate them, that may seem like a pipe dream than a reality.

The Bucks won the regular-season series over Miami, which included a big-time blowout against the Heat early in the season. This is the series of the first round.
Prediction: Either team in six games.

Brooklyn is definitely the team that basketball fans have going all the way to the Finals, much in part of their star-studded core of Kevin Durant, Kyrie Irving, James Harden, and Blake Griffin. Boston, on the other hand, had a rough outing towards the end of the regular season, that saw them lose Jaylen Brown to injury and fighting their way towards obtaining the seventh seed in the play-in tournament.

Boston finds themselves having to play some serious basketball against a Brooklyn team that looks to take care of their home court and past the Celtics.

The Nets swept the regular-season series against the Celtics, but if Brooklyn’s dominance and Boston’s struggles are anything to go by, then this series could be over quickly and Brooklyn will await the winner of the Milwaukee-Miami series.
Prediction: Brooklyn sweeps Boston

The NBA Playoffs continue as the competition looks to heat up. You can watch the games on TNT, ESPN, and ABC. 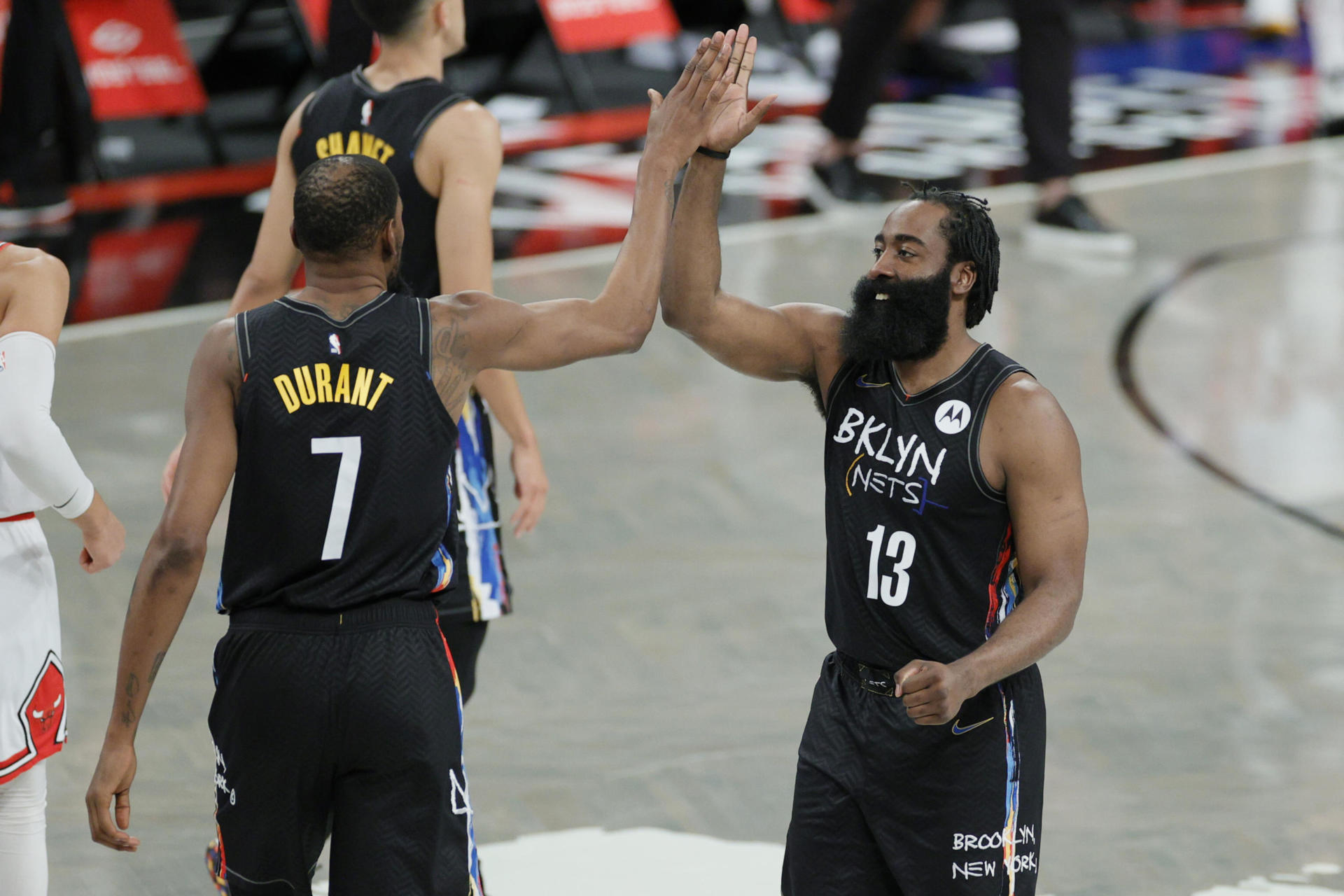