Josh Allen threw for 157 yards and a touchdown, running for an additional 32 yards and touchdown, as the Bills claimed a much-needed win to stay atop the AFC East.

The Buffalo rushing game was very strong, running for 172 yards. The Bills ground attack was led by Devin Singletary as he collected 82 of those yards.

Buffalo’s defense came up with huge plays throughout the game, but none were more clutch than Tre’Davious White’s interception off of Justin Herbert with a little more than five minutes to play. The pick, ended a potential score tying drive, and led to Buffalo kicking the game-sealing field goal.

In defeat, Herbert had yet another 300 yard plus passing performance. Austin Ekeler had eleven catches and 129 all-purpose yards.

The Bills led throughout the game, holding on to beat the Chargers 27-17

Wayne Gallman ran for 94 yards and a score as the Giants held on to defeat the Bengals. New York’s quarterback Daniel Jones was having himself a big game with 213 passing yards before exited with an injury early in the third quarter. An MRI on Monday will determine how serious this hamstring injury is.

New York had a 13-10 lead when Jones exited the game. His backup, Colt McCoy, was able to lead the team on a couple of drives for field goals, as the defense clamped down for the G-men. From that point onward, the Giants turned over the Bengals three times and forced a pair of three and outs, giving up only one score the rest of the game.

The Giants then kneeled to hold onto a 19-17 victory over the Bengals.

Nick Chubb continued to dominate since his return, this time compiling 176 yards and a touchdown. The Browns rushing attack totalled 207 yards.

The Baker Mayfield to Jarvis Landry connection was also hot this game, as the two of them hooked up eight times for 143 yards and a touchdown. Mayfield had another touchdown pass to Austin Hooper to go with 258 passing yards.

James Robinson was stellar in defeat as he gathered up 159 all-purpose yards and scored what could have been the game-tying touchdown. Sadly the two-point conversion attempt failed and the Jaguars had to send the ball back to the Browns, down by two with a little over two minutes to play.

The Browns ran out the clock to preserve a 27-25 victory over the Jaguars.

Kirk Cousins threw for 307 yards and three touchdowns as he led the Vikings to a fourth-quarter comeback victory. He connected with Justin Jefferson, Bisi Johnson, Kyle Rudolph and Chad Beebe seven times each, with Jefferson scoring two of the touchdowns.

Dalvin Cook had one of his quieter games of late, compiling only 82 yards and losing a fumble.

The Vikings defense did not have its best game as it allowed Carolina to drive for a would-be gaming winning field goal. Fortunately for them, Joey Slye missed the 54 yard kick as time expired. Eric Kendricks put together a nice defensive effort, leading the team in tackles, stuffs and intercepting a pass when the Panthers were driving early in the game.

The big story of the game was the Panthers rookie safety, Jeremy Chinn dominating the Vikings early in the second half. He returned two fumbles for touchdowns. He also forced a fumble and collected 13 total tackles. Minnesota was able to come back from that, however, as Beebe caught a touchdown pass with under a minute to play.

The Vikings came back to edge the Panthers, 28-27

The Patriots defense clamped down on the Kyler Murray and the Cardinals’ passing game, limiting them to 170 yards through the air to ensure victory. Murray was also intercepted by Adrian Phillips.

The Cardinals defense was even more dominant in defeat, limiting the Pats to a measly 194 total yards on the game. As a unit they were strong, turning over New England twice and hitting them nine times for a loss.

The game was finally won by a battle of kickers in the late fourth quarter. Zane Gonzalez missed his chance at glory for the Cards, while Nick Folk connected on a 50 yard, game-winning field goal for the Pats.

The Patriots emerge from their slugfest with the Cardinals, scoring a 20-17 victory.

Deebo Samuel could not be stopped in his first game back from injury as he hauled in eleven passes for 133 yards. Nick Mullens had a solid performance at quarterback, throwing for 252 yards, as the 49ers welcomed back several of their starters with a win.

Raheem Mostert led the running game with 43 yards and a touchdown in his return. Richard Sherman intercepted a pass and tallied 7 tackles in his first action since week three. San Francisco really benefited from the return of several of their star players.

On the defensive side, Sherman was not the only one making plays, as the big man, Javon Kinlaw, returned an interception of his own for a touchdown. Meanwhile, Kerry Hyder picked up two sacks and two additional tackles for loss. All total, the 49ers defense stopped the Rams behind the line of scrimmage eight times.

This game was not decided until the very end. The score was tied 20-20 as the Rams punted to the Niners with a little over two minutes left to play. San Fran started the drive from their own 21-yard line, needing a score to avoid overtime. Mullens and Samuel went to work, connecting three times on this eleven play series. Robbie Gould capped off the drive with a 42-yard field goal as time expired.

The combo kicked things off early with a 75-yard touchdown strike to go up 10-0, as the Chiefs seized control of the game. Mahomes also connected with Travis Kelce eight times for 82 yards and spread the ball out among eight receivers total. The Kansas City passing unit gave them a 27-10 lead early in the third quarter.

The KC defense had a few big moments in the game, as Tyrann Mathieu and Bashaud Breeland had back to back interceptions after the Chiefs took their largest lead. The Buccaneers run defense, however, came up more clutch for their team.

The Bucs limited Kansas City to 87 yards on the ground, ultimately enabling them to get back into the game. That and the Chiefs inability to avoid holding penalties as they were trying to eat the clock. A nine-play, 40-yard, six and a half minute, early fourth-quarter drive stalled out for KC as a result of these factors.

Tampa Bay took advantage of this and drove the field. Mike Evans second touchdown reception from Tom Brady cut the Chiefs lead to 27-24 with a little more than four minutes to play.

Kansas City then went back to work and ran out the clock to ensure victory. Fittingly, their final third down conversion of the game was a pass from Mahomes to Hill.

The Chiefs hold on to defeat the Buccaneers, 27-24

The Falcons defense turned over the Raiders offense 5 times and limited them to 270 yards.

Tennessee Titans run all over the Indianapolis Colts, 45-26

Miami Dolphins win a snoozer over the New York Jets, 20-3

Ryan Fitzpatick to Devante Parker was unstoppable for the Dolphins and their defense held the Jets to 284 yards.

New Orleans Saints run the Denver Broncos into the ground, 31-3

The Saints run for 239 yards and 4 touchdowns, as their defense limited the quarterback-less, Broncos offense to a humiliating 113 yards. All four of the Broncos active quarterbacks were placed on the COVID-19 reserve a day before the game.

Green Bay Packers lay the smack down on the Chicago Bears, 41-25, on Sunday Night Football

The Packers offense had their way, totaling 350 yards and 41 points before the end on the 3rd quarter. 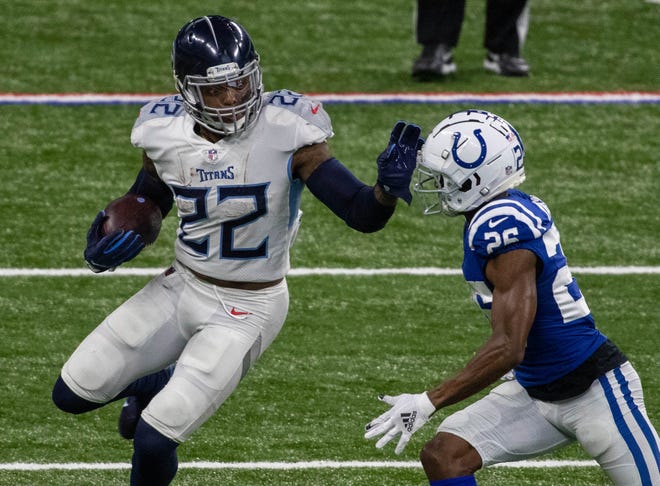