The Penrith Panthers continued their perfect start to the season and the Melbourne Storm also had a field day in Round 9 of the NRL, both 2020 Grand Finalists holding their respective opponents scoreless while piling on 98 points between them.

Other pre-season favourites for the premiership appear to have started slipping away from contention as the Rabbitohs found themselves on the wrong end of one such blowout, the Raiders were handed their fifth straight loss, and the Roosters added to their extensive injury list in the wake of a controversial Bunker decision.

Josh Addo-Carr was on fire for the Melbourne Storm against South Sydney, becoming the first premiership player in over 70 years to score six tries in a single game.

Four of those came in the first half alone, as Addo-Carr and his left-edge teammates exposed and powered through the oftentimes light Souths defence on that side. The Rabbitohs list was severely under-strength with Adam Reynolds, Latrell Mitchell, and several others out. The losses particularly left them lacking depth on both edges, as Jahrome Hughes found a gap on the right side to be the Storm’s only other try-scorer in the first half.

At 26-0, Melbourne had effectively guaranteed victory, but they weren’t done yet. Brandon Smith busted through the middle with a dash to and from dummy half in the 46th, before George Jennings claimed two tries in the right corner. Addo-Carr finished it just as he started it as he scored the last two tries with the assistance of Justin Olam.

The following night it was Penrith’s turn to inflict carnage, but against the struggling Cronulla Sharks.

Not to be outdone by the Storm, the Panthers were up to their usual tricks in attack with a shared effort guided by Nathan Cleary. James Fisher-Harris opened it as he overran two defenders, and some lucky bobbles of the ball almost cost them a few of their tries but were handled well.

The Panthers had plenty up their sleeve throughout, Cleary helping Matt Burton over in the 28th with a no-look pass. Charlie Staines was exceptional down the right edge, a hat trick boosting his career tries to 12 out of 11 games. Despite a perfect conversion rate from Cleary, Penrith barely fell short of matching Melbourne’s total against the Rabbitohs, but it was more than enough for the more important goal of victory against the sinking Sharks.

It means the Panthers boast an equal-best start to a season in the NRL era alongside the 2012 Storm, and they have the chance claim that record outright against Gold Coast next week.

Battered and bruised, the Sydney Roosters were left further humiliated by the controversial handling of a blow that hospitalised five-eighth Drew Hutchison.

Hutchison was diving for a try attempt in the dying stages of the first half when his Eels opposite number Dylan Brown slid into him knees-first, leaving him with fractured ribs that forced him off the field. The Bunker review correctly denied the try based off Josh Morris knocking the ball forward to Hutchison, but copped backlash for stopping short of examining the incident, similar cases to which have been severely punished before. The incident was not put on report until shortly before the second half began.

Otherwise, the Roosters still had plenty of fight in their under-strength side to push the Eels to earn their points right up to the final minute. But although a hat trick for Matt Ikuvalu had them obtain the initial lead and come within a converted try of locking up the scores, a field goal to Mitch Moses and a 75th-minute try to Brown sealed Parra’s victory.

With the Roosters starting to slip out of top four contention, a victory against North Queensland next week will be important.

The Canberra Raiders are feeling the heat after yet another sloppy second-half performance, allowing Newcastle to be the latest team to make a daring comeback against the Green Machine.

It was a tale of two halves with the Raiders scoring all 16 points in the first half and looking almost certain to break their four-game losing streak. Newcastle almost claimed the first try after Canberra opened the scoring with two penalty goals, but an obstruction on Jake Wighton’s defensive position saw it disallowed. Joseph Tapine was the first to find the tryline in the 30th minute, before Bailey Simonsson took a wide pass to score in the corner just after a scrum feed.

But the Knights took all the momentum right from the start with a successful short kick-off to hand them the early advantage. After Phoenix Crossland scored shortly after, they clawed their way back into it to pile on a total 24 points across the half and backed it up with some exceptional defence to prevent Canberra from responding in kind.

It’s the Raiders’ third game from the past five in which they’ve failed to score in the second half.

In a three-set spell where the Titans found the line as many times, Wests seemed condemned to another eventual round of boos from their own fans like what befell them at half time against the Cowboys in Round 5. But Joey Leilua and Jake Simpkin saved face in the 18th and 25th minutes respectively, granting some hope of a comeback.

However the Titans held off the Tigers, Phillip Sami finding the left corner before some soccer-like play found its way into the in-goal where Tannah Boyd put it down. The Tigers weren’t done for yet as David Nofoaluma picked up a double, but couldn’t find their way fully back into it after the early onslaught. At times, they had been their own worst enemy, with small attacking mistakes helping the Titans to eventually set up some of their try-scoring plays.

Wests head into next week’s Magic Round against the resurgent Newcastle Knights.

Once known for their one-point thrillers against each other, the Broncos and Cowboys wound back the clock in the latest chapter of the Queensland derby.

The Broncos stayed barely ahead most of the way, but North Queensland drew first blood at home as Kyle Feldt made an impossible-looking putdown in the right corner. The game stayed tight the whole way through, the margin never getting beyond six points. This was partially owing to a solid Cowboys defensive effort, saving two tries before the Broncos finally took the lead with a charge from Rhys Kennedy.

A penalty goal to the Cowboys proved crucial after Valentine Holmes missed the conversion of Connelly Lemuelu’s try, and it ensured when Jason Taumalolo smashed through the middle to score in the 74th that it would tie up the scores. The tiebreaker came with two minutes to spare as Holmes kicked the field goal that secured the Cowboys’ fourth win from their last five games.

The Broncos get to go home to Brisbane for their ‘away’ game against the Sea Eagles next week, hoping to turn their promising form into competition points.

Out for revenge, but the New Zealand Warriors fell just short in their second encounter with Manly Warringah this year.

Tom Trbojevic was at his speedy best yet again, scoring an early double shortly after the Warriors posted the first points. He had a hand in all but the Sea Eagles’ last try to celebrate his 100th game in style. Jason Saab also had a field day – the winger picked up a hat trick of tries down the right edge.

New Zealand had held the lead going into half time but after Manly’s second half blitz, found themselves playing catch up. And catch up they almost did, Chanel Harris-Tavita finding the line off a kick from Reece Walsh before the youngster Walsh scored himself. With a minute to go and six points in it, Ken Maumalo made a charge down the left side but was forced out of the field of play by Trbojevic and Saab.

Thus the Sea Eagles held on for another stunning win, keeping them confident of a push for a finals berth as they take a ‘home’ game to Brisbane to play the Broncos.

St. George Illawarra are winners again with a scrappy but ultimately convincing performance against Canterbury-Bankstown.

An error-riddled first half saw the Dragons pick up just one try as Matt Dufty weaved his way around several defenders to score right next to the posts. But they hit the accelerator ten minutes into the second half and debutants Mathew Feagai and Junior Amone scored one each. Dufty claimed his second try while Paul Vaughan and Corey Norman also found the line.

Canterbury had an afternoon to forget with Will Hopoate sin binned for obstructing a kick chase. Their woes also extended to their injury list with Lachlan Lewis and Corey Allan hospitalised. In spite of their troubles, the Bulldogs still put an effort late in the game with Renouf Atoni and Nick Meaney scoring a try each.

Stuck at the bottom of the ladder with just one win so far and the Raiders and Titans next to face, Canterbury will struggle for a while yet to find their next competition points. 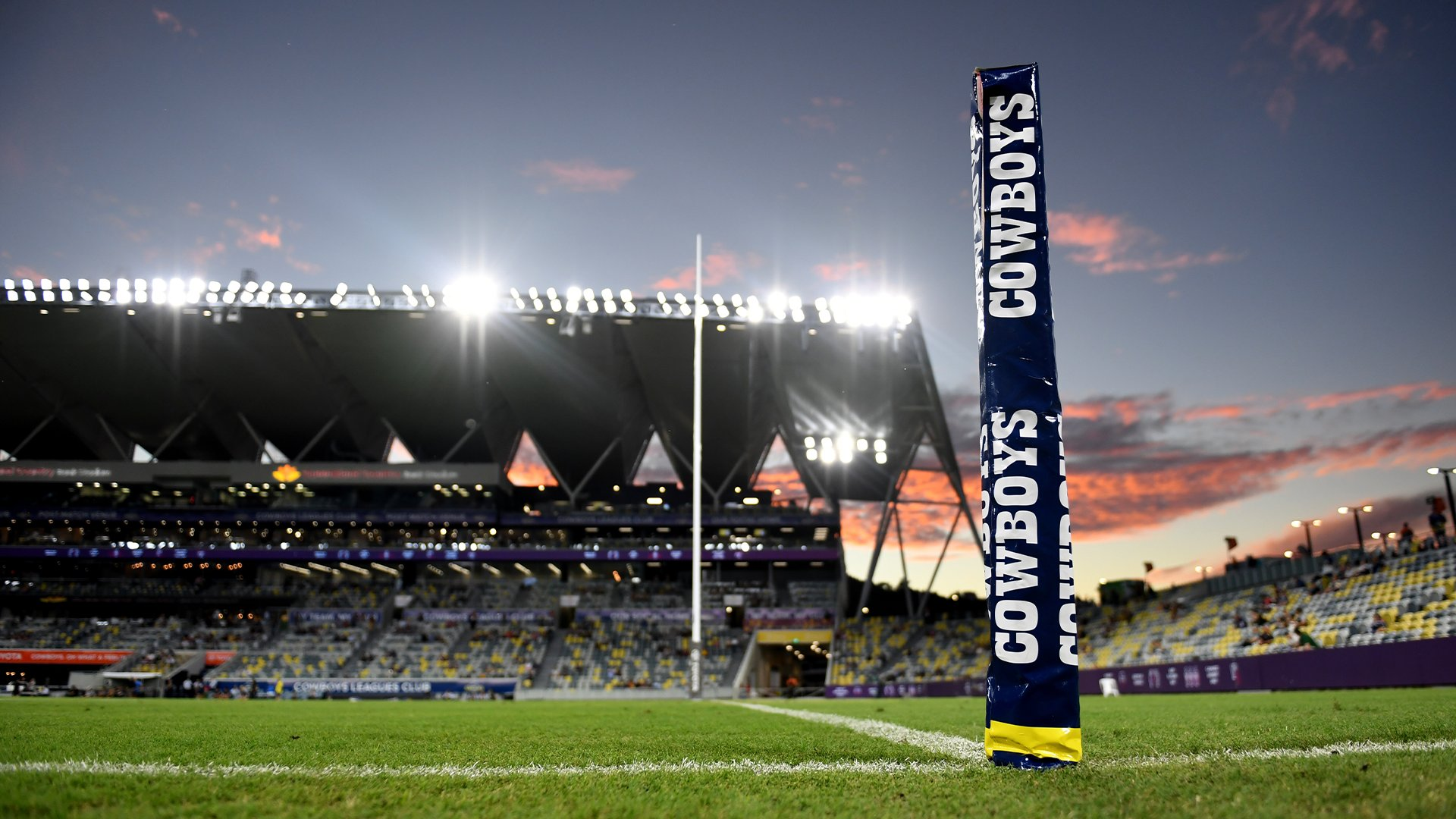