Crystal Palace rocketed themselves into the top ten with an emphatic 2-0 victory over visitors Wolves, with goals coming from usual suspects Wilfred Zaha and Conor Gallagher as Palace continue their impressive start under Patrick Vieira.

The South London outfit were flying high after their unexpected 2-0 away win at Manchester City last week and bought that confidence back to Selhurst Park.

Zaha opened the scoring in the 61st minute after VAR cleared his world-class strike from a tight angle which referee Graham Scott initially ruled offside.

In previous season Palace would have sat back and played for the one-goal win, but not this Palace, not under Vieira.

They continued their attacking style and were rewarded when Gallagher bagged the second after his shot blasted off Conor Coady and past keeper Jose Sa.

Wolves were awarded a penalty in the second half after Joel Ward seemingly fouled Rayan Ait-Nouri but was ruled a free-kick after VAR determined the foul took place outside the box.

This win has shot Palace up to ninth with 15 points after enduring the hardest start of any team this season.

Wolves on the other hand are now only a point above Palace in eighth, a win could have taken them into the top five.

Both teams came into this game on hot form, picking up wins in their previous games and both were unbeaten in five prior to kick-off.

The game started slow and both teams found it hard to settle down and find their flow. This was partly down to the refereeing style as there were 15 fouls awarded in the first half and stopped the game from developing.

There was only one real chance in the first half courtesy of Odsonne Edouard, who’s low driven strike from inside the box tested keeper Sa.

Much more energy was needed in the second half if there was to be a winner and Palace answered. They started to knock on Wolves’ door when Christian Benteke headed effort from a Palace corner was saved by Sa.

It wasn’t long after this when the deadlock finally broke thanks to a wonderfully taken Zaha finish. Captain James McArthur ignored shouts from the Palace faithful to shoot and instead played a defence-splitting pass that put Zaha into position to tuck the ball into the far corner of the goal.

The home fans jubilation was only momentary as the linesman raised his flag and waved the effort offside. Wolves set up to continue before VAR interjected and judged Zaha onside and awarded the goal to the eagles.

Wolves came close to equalising after they were awarded a penalty on the 70-minute mark. Ward tripped Ait-Nouri who was gliding into the box, but VAR intervened, and the replay showed the foul took place outside the box and the decision was overturned.

Palace continued to test Wolves and came close to adding another goal when Edouard almost set up Gallagher for a tap in but the Chelsea loanee could not convert.

However, the home fans did not have to wait much longer for the final nail in the Wolves coffin.

Gallagher picked up the ball on the edge of the Wolves box and after some quick footwork to set himself, his shot deflected off Coady and bounced past Sa.

Wolves struggled to create anything meaningful throughout the game and their run of good form abruptly came to an end at the hands of Vieira’s Palace.

After the game Eagles boss Vieira commented on the game and the development of his team over the beginning of the season.

He said, “We showed that we improve as a team, and this is what we wanted to do. From the first game we played against Chelsea it was about how can we improve individually to allow ourselves to be more of a team…

“We know the team has potential and the potential is starting to be seen, but we still need to keep that work ethic and momentum going.

“When you look at all the games we played, today we showed maturity as a team, and we take one step forward.”

He continued, “The referee saw it was a big fault inside the box, because also the referee doesn’t whistle for the first contact, he whistles for what happened in the box.”

Palace’s next fixture will come after the international break as they face Burnley at Turf Moor on November 20th, while Wolves host West Ham at Molineux on the same day. 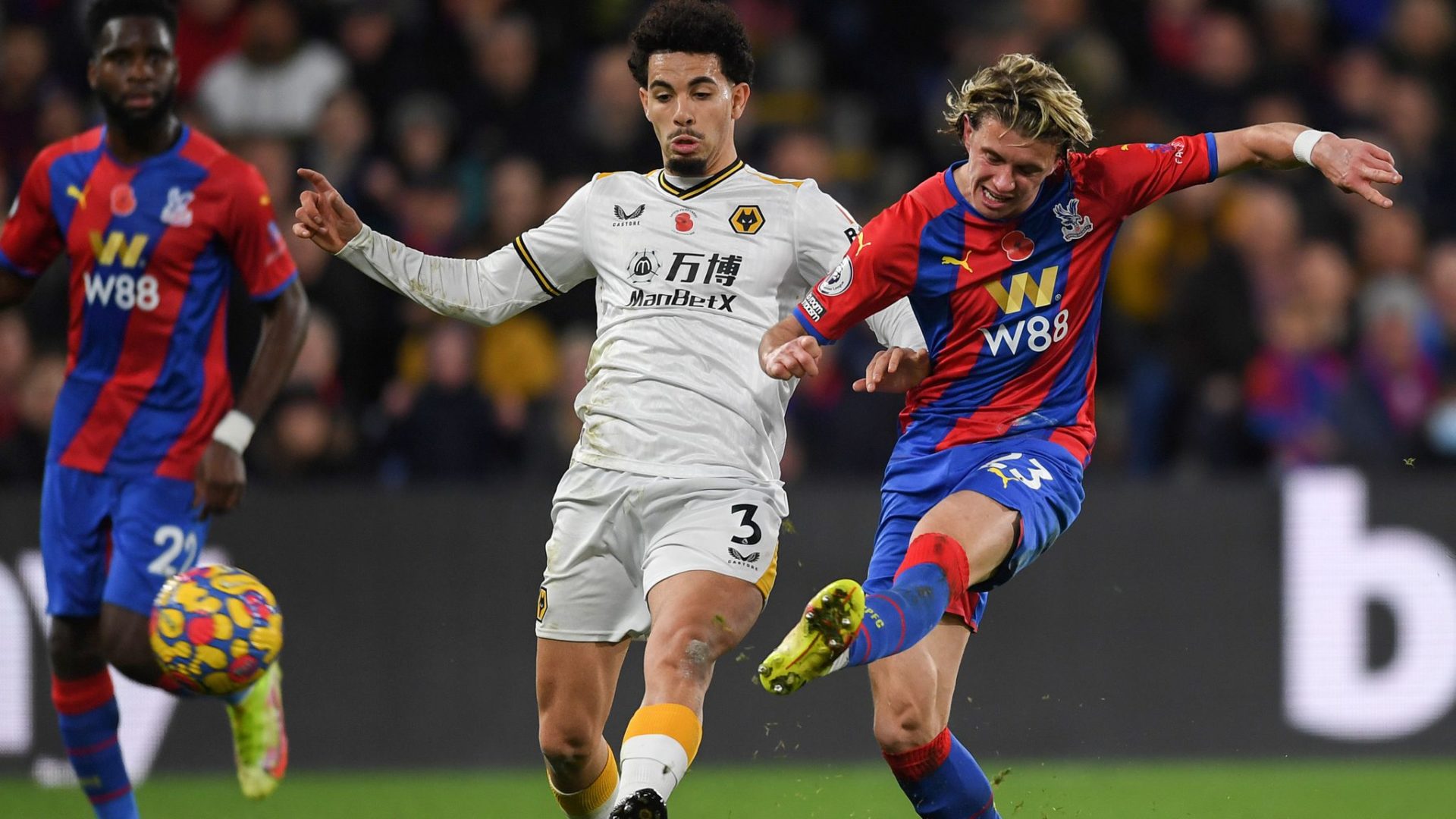