Before the season began, had someone said “The Panthers will be 8-0”, they probably would have been laughed at. Yet, an undefeated Carolina Panthers team is what we have right now.

Early in the season, fans could have excused the Panthers victories as the product of an easy schedule, beating teams such as the Texans, the Jaguars, and the Buccaneers. Three of their last four wins, however, have come against teams that were in the playoffs last year including the Green Bay Packers, who came into Carolina at 7-1.

Carolina’s success has come from the ever reliable formula of a strong run game and solid defense.

Under coach Ron Rivera, the Panthers’ defense has the 4th fewest penalty yards (393) in the league. This comes in a year that has seen a spike in the number of penalties referees are calling.

They are 4th in sacks with 25, and tied for 1st in interceptions with 13. The secondary allows only a 56.5% completion percentage, the 2nd lowest in the league.

Such strong numbers against the pass set up just about any team for great success now. In a league as dependent on passing the ball as the NFL is, any team that can stop the pass has an advantage.

On the other side of the ball, Carolina relies heavily on its running game.

The Panthers have the most rushing yards per game, and have ran for the second most total yards this season with 1,138.

It’s not just the running backs who run either. Quarterback Cam Newton has 343 yards running. That is more than the highest rusher on the Browns, Redskins, Giants, Packers, and Lions.

Their hard nose style pays off on the scoreboard. The Panthers have scored an average of 28 points per game, while only giving up 20.

There are times when the games aren’t pretty. When Newton struggles to find reliable receivers and when the run game can’t seem to get going, one can’t help but wonder how this team is undefeated.

But the Panthers battled through. They are 8-0, and seem to be heating up.

Thus far the Panthers have played like champions. The rest of the league should be on notice. 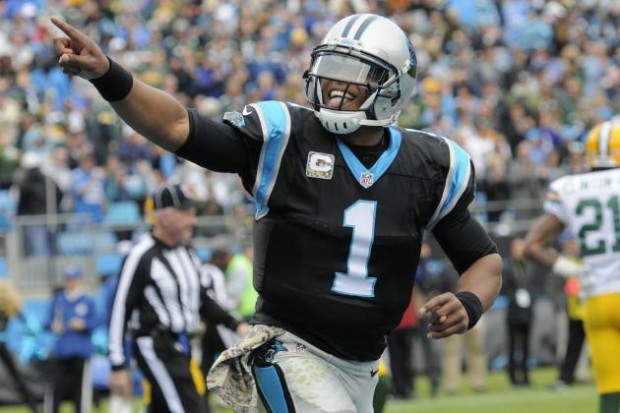