The Cowboys dropped another winnable game on Sunday night in primetime, and now Dallas fans are crying out that the season is lost

Six games in-a-row have been lost now, and Dallas is now the outright owner of last place in the NFC East.

Many are looking ahead two weeks from now for the return of Tony Romo.

But it doesn’t seem like a return from the 13th year signal caller will lead to much more success than the Cowboys have already had.

You would be hard pressed to find a better performance from a backup.

Cassel did throw a costly pick-six, which many believe cost Dallas the game.

But Cassel’s mistake is far from the reason why Dallas lost.

For starters,  the defense was completely exposed last night by the Eagles receivers, and a balanced rushing attack.

Jordan Matthews had a big day, catching nine passes for 133 yards and the overtime score that won Philly the game.

DeMarco Murray hurt Dallas on the ground and through receptions, racking up 161 total yards.

The defense for Dallas has been unable to get opposing teams off the field when it really counts, and it has cost them.

Even with Romo on the field, the Cowboys will not see any immediate change until the defense can get key stops when it really matters.

Which now becomes even harder after Sean Lee and Anthony Hitchens went down.

Lee has struggled to stay on the field during his career with the Cowboys, but is an obvious impact player when he is present.

As for Hitchens, he has been a solid rotational player on defense, who has a lot of versatility.

The run game finally seems to have its feature back in Darren McFadden.

However, the run game needs to carry an even bigger load when Romo returns if Dallas expects to win.

Romo is 35 now, and has been beaten his entire career.

The last thing the Cowboys need is to have free-running defensive lineman and linebackers targeting Romo.

The best way to prevent this is to balance the run and pass game.

Although the return of Tony Romo may improve Dallas a small amount, it will take a large improvement from the team as a whole to turn the Cowboys around. 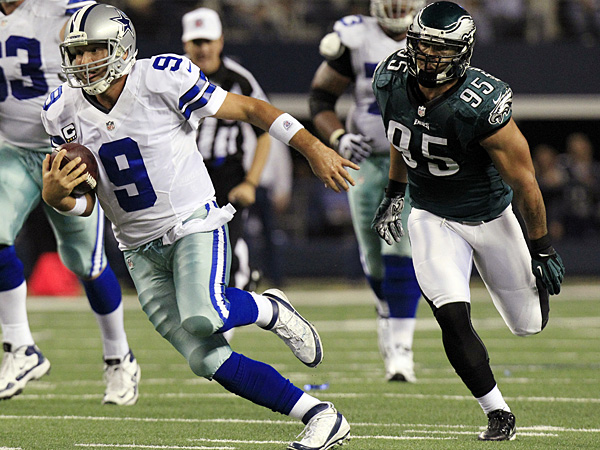