Andre De Grasse went into this summer’s Olympic Games in Tokyo with the weight of a nation resting on his shoulders.

The Canadian sprinter picked up three medals at Rio 2016 and followed up with another two at the 2019 World Championships in Doha.

De Grasse was amongst the favourites to win gold in the 100 and 200 metres this time around, and he was confident about his chances in the run-up to the Games.

Betway Insider sat down with De Grasse before he took to the track to ask him whether he would buckle under the expectations placed upon him.

“I think I have done a good job of coping with that (pressure) because I’ve had that experience from 2016,” he said.

“I feel like I have a lot more experience on my side. I know what to expect – whether that’s warming up, going to the call room or going through the rounds.

“It’s kind of a strategy, where you have to conserve energy so that when you get to the finals, you can have a personal best.

“I’m just hoping to keep that in my back pocket and that’s going to help me towards these Games.”

De Grasse’s confidence appeared to be well-placed as he ran his fastest ever 100-metre time to claim the bronze medal last weekend.

He finished the race in 9.89 seconds, just fractions behind Lamont Marcell Jacobs and Fred Kerley in a thrilling renewal of the blue riband event.

Unlike football’s history at the Olympics, which is not the pinnacle of sport, the 100m race is the quintessential face of the modern Olympics and De Grasse fully deserved his medal.

However, there was always the suspicion ahead of the Games that the longer sprint would offer De Grasse his best chance of winning Olympic gold.

Much of the bullishness about his chances in the 200m was based on the fright he gave Usain Bolt in the semi-finals of the event in Rio.

The 26-year-old duly delivered the goods, easing around the bend before fending off what appeared to be an army of American runners behind him.

De Grasse has worked hard over the past couple of years to get to the top, becoming much more focused on what it takes to win major championships.

A switch to Floridian coach Rana Reider helped De Grasse fulfil his talent, and his influence was clear to see as his pupil roared to victory.

Having repeatedly missed out on gold at major tournaments and struggled with injuries over the past few years, De Grasse’s victory highlighted that persistence truly does overcome resistance.

Speaking after his gold medal run, De Grasse told the Independent that he has learned plenty about himself over the past few years.

“My injuries are behind me,” he said. “It’s experience, it’s definitely the experience.

“I knew the schedule would be tough – two rounds of the 200m on one day. I have to conserve energy – I can’t blast out in the first round.

“I settled for third (in the heats). The experience helped me a lot. I’ve been through this before, Rio and Doha, so I know what to expect.” 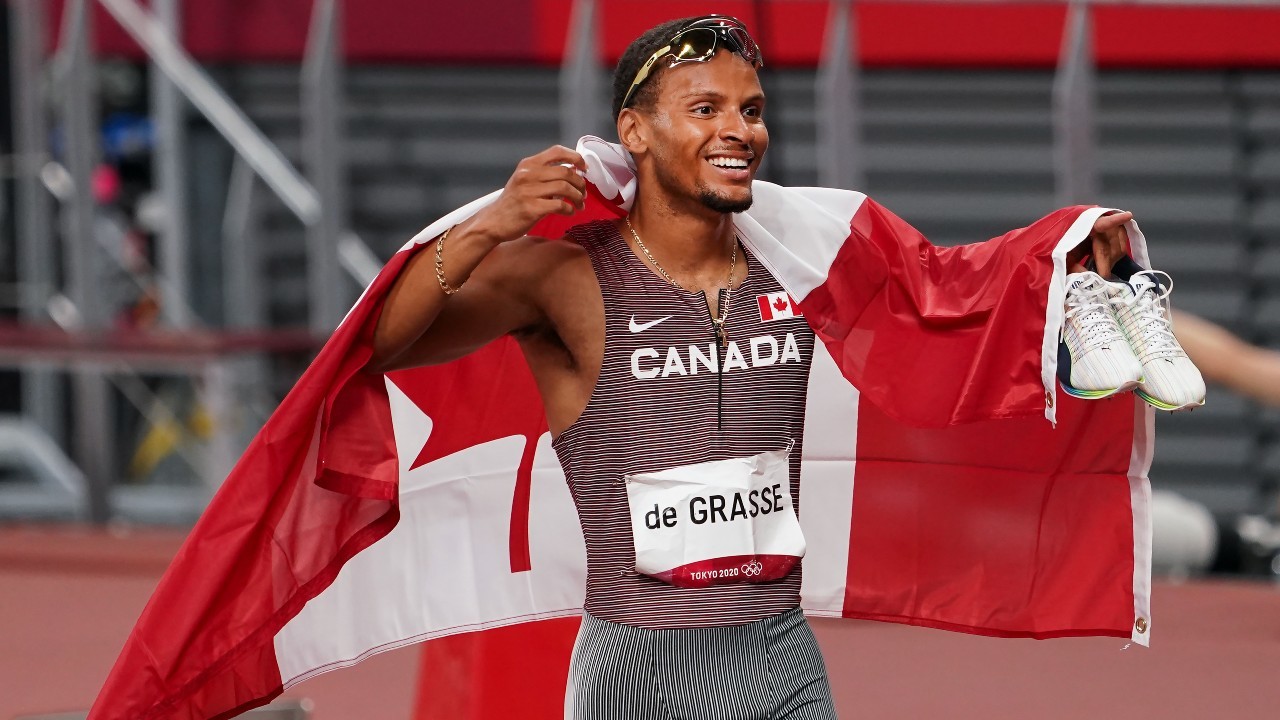