While it is definitely too early to truly tell with 100% certainty who will and who will not win the division after just being through a fourth of the season, there’s no harm in throwing some predictions out there. There’s something so fun about predicting sports because of how unpredictable it really is. Injuries, a harder schedule than initially thought, or just not performing up to standards are all unforeseen things that can happen to derail a team with higher hopes.

So I’m going to throw my hat in the prediction ring, again, and take a shot at guessing who will come out on top, and bottom out, of each division.

Even though we’re only four weeks into the season, I think it’s clear that there are only really two teams in the running for taking the division crown, and those are, of course, the Dolphins and Bills.

The Bills are no surprise, they have been Super Bowl favorites since the season started. Josh Allen is currently the MVP frontrunner, they have a very good receiving core, and their defense, when healthy at least, is one of the best in the league. However, I think almost everyone is fairly surprised with how well the Dolphins have performed to start the year.

Tua has come into his own and has been proving doubters wrong for the first three weeks (and hopefully he recovers from his injury soon), Hill and Waddle are very well the top receiving duo in the league, and their defense is an underrated unit.

Still, I’ll take the Buffalo Bills to win the AFC East. Even though the Dolphins did beat them in week three, the Bills’ defense was hobbled going into that game and the heat almost certainly played a factor in that loss for them. I fully expect Buffalo to get revenge when the Dolphins swim up north in December. The Dolphins will keep it close but the Bills will take the division crown.

Now, usually choosing the loser for the East is pretty cut and dry. For the last couple of years, it’s shockingly been the Jets however they have seemed to have turned a corner. I know it’s only been four weeks, but they have managed to rattle off two impressive comebacks in half of those games.

So, with that, I’ll name Belichick and the Patriots as my pick to come in last. They have looked flat offensively in pretty much all of their games, even their lone win against the Steelers. The quarterback position seems to be a big question mark for them as Mac Jones doesn’t look like he’s improved at all from his rookie campaign and will likely miss more than a few games after being sidelined with an ankle injury. Hoyer also got injured so the team had to resort to putting Western Kentucky product Bailey Zappe on the field.

Even when Hoyer and eventually Jones return, I doubt things will get much better for them and I see the Jets escaping the clutches of the basement of the division.

Do I even have to say? It’s the Chiefs. The Chiefs are winning the AFC West for the seventh time in a row this year.

It’s actually a little disappointing, I was expecting this division to be a much tighter race, but as it stands the Chiefs are a clear step ahead of everyone else in the division. The Raiders only managed one win even with the reunion of former Fresno State teammates Derek Carr and Davante Adams. The Broncos have one of the most inept offenses in the league.

The team that has the best chance to dethrone the Chiefs is the Chargers, but if they keep racking up injuries like they have, there’s no chance that’ll happen. So, unless every starter for the Chiefs turns to glass, they are almost certainly taking the division for the seventh straight year.

Division loser is a little less straightforward. I doubt, even with the crippling injuries they’ve already suffered, that the Chargers will come in last as long as Herbert is still on the field. So, it’s really between the Raiders and Broncos. The Raiders are the more obvious pick, given they are firmly in last at the moment, however, the Broncos are not that great either like everyone (including myself) thought they would be. Poor coaching, an offense that can’t find the end zone to save it’s life, and a quarterback on his last leg.

Though, at the end of the day, the Broncos’ defense is too good for them to come in last. When you’re still able to win even with your offense only managing 9 points, that’s a good sign that you have an elite defense. So give me the Raiders to be crowned the AFC West losers this year.

The AFC North is proving through 4 weeks that it may just be a tight race again this year. Three teams at the moment are tied at 2-2 for the division lead, with the Bengals in particular riding a two-win streak wave.

However, the Browns’ competition along with the fact that their starting QB is Jacoby Brissett puts them out of the running for the AFC North crown this year. So, unfortunately for the Dawg Pound, they will not be breaking that 30-year curse anytime soon.

In my opinion, the de facto AFC North winner will be decided next Sunday night when the Bengals head into Baltimore to hunt a flock of Ravens. It may be too early to call it, but I think whoever wins this game will end up winning the division this year. So, the real prediction is who’ll win this matchup? Bengals? Or Ravens?

To me, the answer is the Ravens. They’ll win this game, backed by a home crowd that desperately wants to see a win after failing to finish off the Bills up 14 and take home the division. It’ll be close though. In fact, the Bengals will probably take the lead a few times throughout the year, but ultimately they’ll come up short and the Ravens will have the AFC north crown for the first time since Lamar’s MVP season.

As for the losers, this feels pretty cut and dry. It’s the Steelers. I know that Mike Tomlin has yet to have a losing season, but there’s a first time for everything, and he’ll have his first time finishing under .500 after either Tribusky continues to underperform or Kenny Pickett comes in and has a disappointing rookie season.

I think the people already claiming him to be a bust are ridiculous, but I do think Pickett will have a rough first year in the NFL behind a subpar O-line and rushing attack that currently sits in the bottom half of the league.

With the Jaguars actually looking pretty solid through four weeks of football, the AFC South is a lot more interesting than usual. The Titans aren’t the clear top dog like they have been the last couple of seasons, because Lawrence (who continues to prove me right) and the Jaguars are not looking like the same team that could be walked all over for 60 minutes- unless you were the Colts.

The Titans got off to a slow start, dropping their first two games in varying degrees of humiliation, however, like the Bengals, they have managed to bounce back with two straight wins. Now, their opponents should be taken into consideration, but even then I’d be surprised if they aren’t at least in the running to win the AFC South.

And with the Texans possibly looking even worse than last year (though Dameon Pierce is a beast), as well as the Colts not looking all that great either, the clear top candidates to win the division are the Titans and Jaguars. So who will it be?

As much as I’d love to see Jacksonville shock everyone and take the crown from Vrabel and the Titans, I still believe the Titans will win the division again. Derrick Henry is still Derrick Henry, and will likely take back the rushing yards leader title after a slow start to the season. I sincerely doubt they’ll do anything in the post season, but at least they’ll home home field advantage to give them a little boost.

As for the losers, I wouldn’t blame you for choosing the Colts, but the Texans are probably coming in last place. Besides Pierce being a genuine stud, there is not much to look out for with this team. Davis Mills, after looking surprisingly decent in his rookie season, has turned out to be a disappointment in his sophomore campaign. The defense is below average at best. There isn’t a whole lot to look forward to for Houston fans besides Pierce and the 2023 draft. 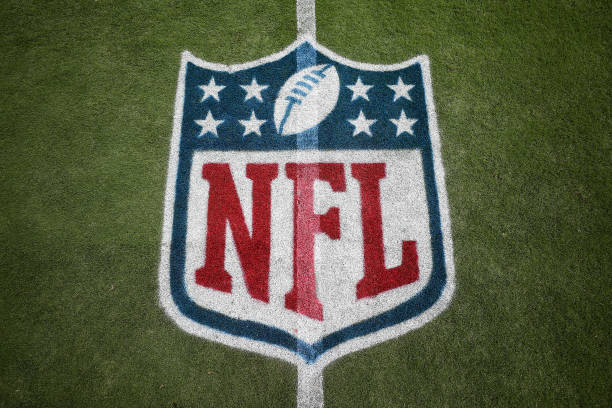