Premier League matchweek 11 saw Tottenham Hotspur and Wolverhampton Wanderers pick up vital wins, whilst Leicester City and Nottingham Forest were condemned to yet another defeat in the Premier League. It was also penalties galore this weekend as the five games discussed below saw three goals scored from the spot.

Friday’s 8 o’clock kick-off saw Brentford continue their impressive start to the season with a 2-0 win over the Seagulls. Two goals from Ivan Toney, who has now taken his tally to eight goals in the league this season, were enough to secure the win for Thomas Frank’s side.

Remarkably, Toney’s goal from the spot in this game now means that the 26-year-old has converted each of the twenty penalties he has taken for the club – talk about reliability.

For Brighton however, this match saw some of their past problems creep back into their play. Despite having 73% possession, and registering a total of 21 shots, Roberto De Zerbi’s side were unable to find the back of the net.

Ultimately, both Brentford and Brighton are enjoying positive starts to the season, and this result leaves the two sides sitting in ninth and eighth respectively. Is a top-seven finish on the cards for one of these two clubs?

This game demonstrated exactly why Leicester City are currently sitting in nineteenth place in the Premier League.

Crystal Palace were not at the races, they were void of ideas at the top end of the pitch and were unable to stop Brendan Rodgers’ side from dominating the game. But, despite that, the Foxes struggled to put dangerous attacking moves together and ultimately succumbed to a 0-0 draw.

Harvey Barnes was the bright spark for the home side, particularly during the first half, regularly linking up with Dewsbury-Hall on the left flank, however, for all the pressure that he and his teammates applied, the goal never came.

It wasn’t a dull affair though, with a total of 22 shots being attempted in the game, but both sides looked as though they lacked the belief that they would be the team to take home the three points.

Overall though, Patrick Vieira will be the happier of the two managers with the result, which leaves Leicester languishing in nineteenth place, whilst Crystal Palace rise to thirteenth.

Read More: Reece James: England right-back set to miss World Cup due to knee injury which sees him out for 6-8 weeks

Fulham and Bournemouth played out an exhilarating 2-2 draw at Craven Cottage, in which Alexsandar Mitrovic announced his return to Fulham’s starting eleven with a penalty goal.

Dominic Solanke set the tone for the match, scoring in just the second minute after linking up brilliantly with Philip Billing. The fast start to the game continued just eighteen minutes later when Issa Diop fired home a header for the home side from a corner in the twentieth minute.

However, the chaotic start to the match didn’t end there as Jefferson Lerma put the visitors back ahead in the 29th minute following another shrewd attack from the Cherries, only for Lerma to then clumsily bring Mitrovic down in the box, and the Serbian cooly slotted home from 12 yards to score his seventh Premier League goal from the season.

The result showcases the strengths and weaknesses of both teams. They play good football and want to play on the front foot, however, they both leave themselves far too vulnerable at the back. Between the two of them, they have shipped a whopping 42 goals in just twenty Premier League games.

A point shared means that Fulham and Bournemouth remain in tenth and ninth respectively – continuing their impressive starts to the season following their promotion into the Premier League.

Wolverhampton Wanderers climbed out of the bottom three as a second-half Ruben Neves penalty was enough to earn managerless Wolves the three points in this game.

Neither goalkeeper was pushed to their limits in what was a relatively dull affair, with a combined total of just four shots on target in the entirety of the game. Although, that shouldn’t be surprising given that these two sides have scored just 11 goals combined so far this season, which is one of the main reasons the pair found themselves in the relegation zone coming into this game.

A lack of attacking threat is becoming increasingly concerning for Wolves, especially given that their attacking players are actually very talented. Raul Jimenez, Diego Costa, Podence and Pedro Neto – they have an abundance of quality at the top end of the pitch. Fortunately, they are solid defensively and if the attack can start clicking, they will quickly rise back up the table.

For Nottingham Forest though, this is now their fourth defeat in their last five games, and they appear to be dangerously spiralling, having picked up a disappointing five points from their opening ten games.

Their spirit cannot be questioned, however, their controversial transfer window tactics, which saw them sign 21 players, don’t appear to have been successful.

Goals from Harry Kane and Pierre-Emille Hojbjerg helped Tottenham ease to a 2-0 victory over Everton.

Spurs had an electric start to the match, dominating Everton for the opening fifteen minutes, however, they quickly lost their way and the Toffees began to rise in confidence as the half unfolded. In fact, they could, and probably should, have gone ahead when Amadou Onana raced through on goal, only to send his shot fizzing over the Tottenham goal.

However, Antonio Conte’s men started the second half brilliantly, controlling the game throughout the second period, and their constant pressure on the Everton goal was eventually rewarded after a Jordan Pickford error allowed Harry Kane to smash a penalty home in the 59th minute.

Spurs’ lead was doubled late on as Hoijbjerg was afforded too much space in the Everton box and though his shot did receive a slight deflection, he made no mistake when calmly placing the ball to the left of Jordan Pickford.

The result was Everton’s second consecutive defeat, with Frank Lampard’s side currently sitting in fourteenth place, whilst the victory means that Tottenham move onto 23 points, level with Manchester City, and are third in the Premier League. 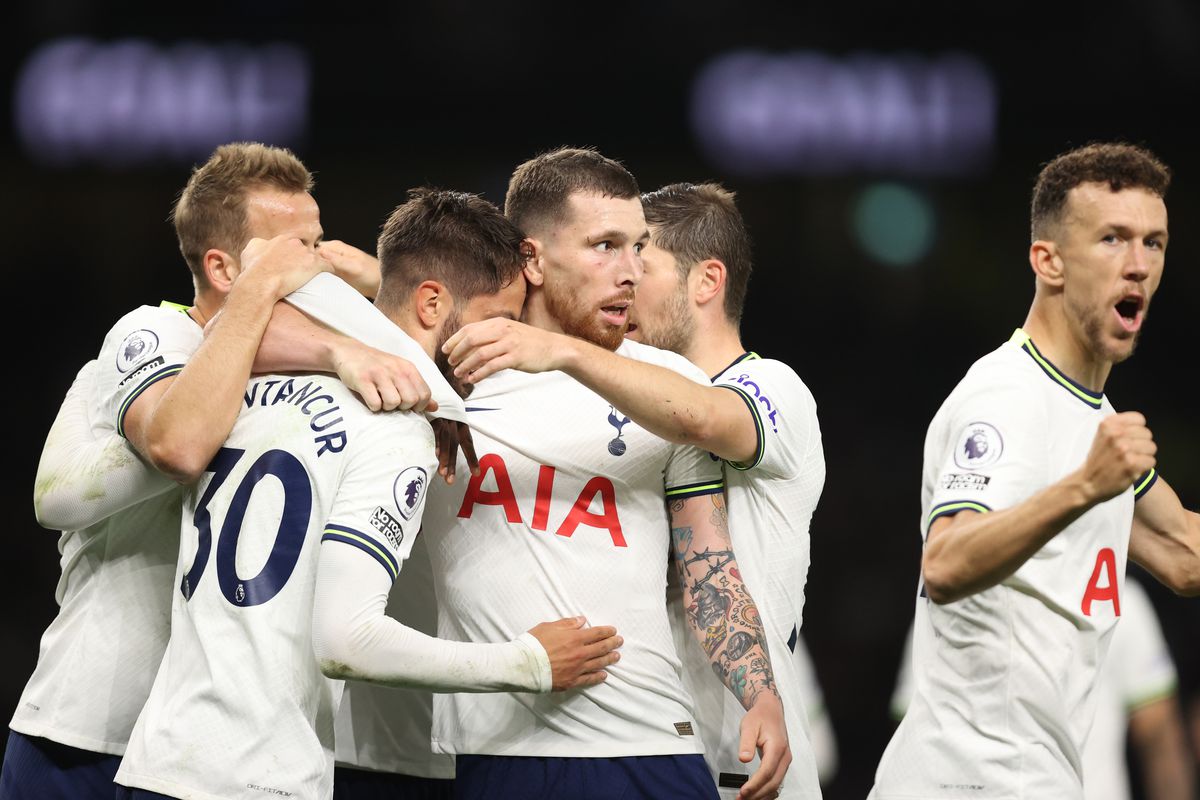