Premier League matchweek 11 saw Arsenal move four points clear at the top of the table as Liverpool demonstrated why they are still one of the best teams in the league in their home match against Manchester City.

This article will roundup all the Premier League fixtures that took place on Sunday, 16 October, whilst part one examined the first five matches of the weekend which included vital wins for both Tottenham Hotspur and Wolverhampton Wanderers.

Two goals from Mason Mount helped Chelsea secure a 2-0 victory against Aston Villa, but the home side will feel they deserved to get something out of the game.

Steven Gerrard’s men have only themselves to blame for Chelsea’s opener though, with Tyrone Mings failing to deal with a Ben Chilwell cross, which then fell to Mason Mount who neatly guided the ball past Emiliano Martinez in the sixth minute.

Mason Mount then scored his second of the day with a freekick in the 65th minute, although Emiliano Martinez will feel as though he could, and in my opinion, should have done better.

Despite the individual errors, Aston Villa played very well and applied intense pressure on the Chelsea goal for large portions of the game. In fact, had it not been for the brilliance of Kepa Arrizabalaga, who pulled off a mesmerising triple save to first deny John Mcginn and then save follow-ups from both Jacob Ramsey and Danny Ings, Villa would have been on the scoresheet.

Aston Villa may have lost, but there were plenty of positives for Steven Gerrard to take away from the defeat, which leaves the Midlands club languishing in sixteenth, whilst Graham Potter’s Chelsea stay in fourth.

And breathe Arsenal fans. Even more so than Chelsea, Arsenal will come away from this game knowing that they probably didn’t deserve to get the three points in this one. Leeds played well for the most part, very well, but they weren’t able to take their chances and ultimately, as it has done previously in this campaign, that cost them the game.

There was drama throughout the entirety of the match, which started in just the second minute when play was suspended for over half an hour due to technical difficulties. However, play was eventually resumed and Arsenal were leading at the break thanks to an excellent finish from Bukayo Saka, who takes his Premier League goal tally to four for the season.

But, the second half was all about the brilliance and misfortune of Leeds United. They played Arsenal off the park for the entire 45 minutes and had enough clear-cut chances to win the game, let alone draw it.

William Saliba, who has rarely put a foot wrong this season, struggled all afternoon and the Gunners were given a lifeline when Patrick Bamford dragged his penalty wide of the target after Saliba handled the ball in the area.

There was yet more penalty drama late on as Leeds were awarded another penalty after Gabriel received a straight red for his kick out at Bamford in the box, only for Jesse March’s side to see their penalty overturned by VAR for a foul on Gabriel by Bamford, downgrading the Brazilian’s red card to a yellow one in the process.

Leeds will feel hard done by, but Mikel Arteta’s men have now won nine of their opening ten games and are currently top of the table, four points clear of Manchester City, whilst March’s men sit in fifteenth.

Read More: Reece James: England right-back set to miss World Cup due to knee injury which sees him out for 6-8 weeks

Erik Ten Hag will view this game as three points dropped, and rightly so, as Manchester United easily had the lion’s share of the goalscoring opportunities in this game.

Despite that, Newcastle should have been the team to take the lead when Joelinton was afforded too much space in the box, only to see his header smash against David De Gea’s bar, and then his follow-up header hit the post and go wide.

From then on in, however, the majority of the chances fell to Manchester United. Cristiano Ronaldo thought he had put his side ahead following confusion from a Newcastle free-kick, only for the goal to be ruled out by referee Craig Pawson

Marcus Rashford was involved in the Red Devils’ next two chances, first rounding Nick Pope and teeing up his teammate Fred, only for the Brazilian to fluff his lines with the entire goal gaping. The Englishman then missed a guilt-edged chance of his own just yards out from the goal, guiding his header just wide of the post.

The draw means that Manchester United and Newcastle United both remain in fifth and sixth respectively.

Southampton came into this game on the back of four consecutive defeats and would have been desperate to walk away with the three points from this game.

They got off to the perfect start after Romain Perraud’s deflected shot from distance beat Lukasz Fabianski and put the Saints 1-0 up. Gianluca Scamacca twice came close to levelling for the visitors with the striker seeing two shots flash just wide of the Southampton goal.

The Italian was involved again as he picked out Lucas Paqueta with a superb cross, just to see the Brazilian’s header glance off the outside of the post. The Hammers did eventually get themselves back level after Declan Rice played a slick one-two with substitute Said Benrahma and superbly curled his shot into the corner of the goal, leaving Gavin Bazunu no chance.

The result does mean that Ralph Hasenhuttl’s men have put an end to their losing streak, although they are still sat in eighteenth, with West Ham three points above them in twelfth.

Wow, what a game. Liverpool and Manchester City showcased exactly why they have dominated English football for the past five or so years. Jurgen Klopp’s men have endured a sluggish start to the campaign and came into this game in eleventh place in the Premier League, however, they were able to raise their levels and record a statement victory against the reigning champions of England.

Manchester City dominated the game, both in possession and number of shots on target, with Pep Guardiola’s side having an initial goal disallowed for a foul on Fabinho by Erling Halaand in the build-up to the goal; much to the dismay of the away crowd.

City were growing in confidence and looked the most likely team to grab a winner, however, Mohammed Salah, a player who has come under immense scrutiny for his performances this season, produced a moment of magic, controlling a pass from Allison under pressure from Joao Cancelo excellently to send himself racing through on goal. These situations are the winger’s bread and butter, and he made no mistake when calmly slotting the ball to Ederson’s right.

Tensions were running high towards the end of the game, and after failing to award Liverpool a free-kick, Jurgen Klopp appeared to aggressively confront the fourth official, resulting in a straight red card being presented to the German.

The defeat means that Manchester City lose ground on Arsenal, who are now four points ahead of them, whilst Klopp’s Liverpool are up to eighth place, six points adrift of sixth-placed Chelsea. 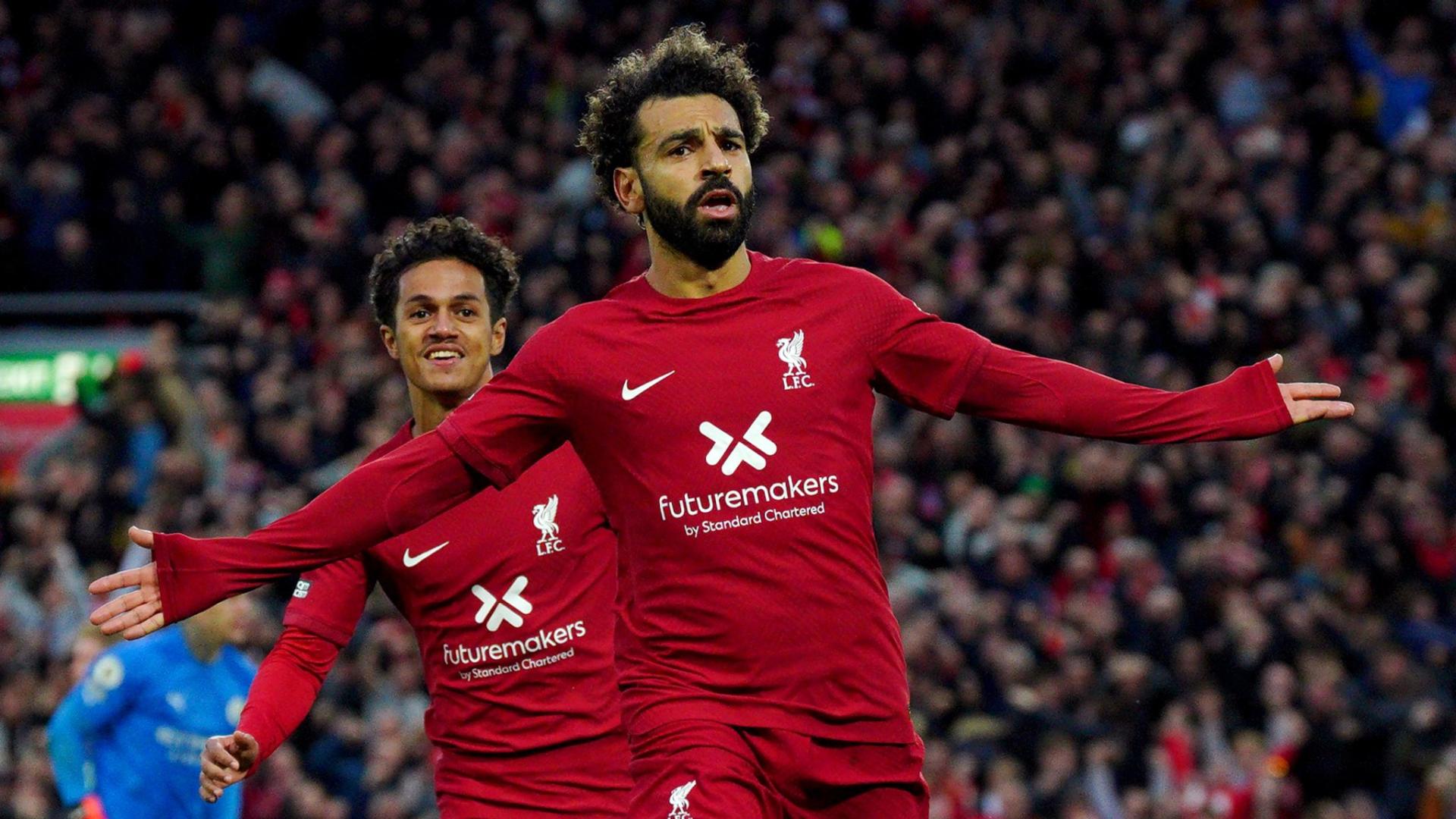