After losing Rohit Sharma, K.L. Rahul, and Virat Kohli in the morning session, the two stalwarts of India’s top order batted through the afternoon session to give the visitor’s the advantage going into the final day at Lord’s.

The visitors began day four at the start of their second innings. K.L Rahul survived a close LBW shout early on, but he did not last very long as he was caught behind by Mark Wood shortly after.

Rohit Sharma looked in full flow when Cheteshwar Pujara joined him at the crease at 18-1, but England seems to now have a plan to bowl short at him and get him caught at deep square or fine leg.

Luckily for them, he fell into the trap attempting one pull too many and was caught by Moeen Ali at deep fine leg for 21 runs.

When skipper Virat Kohli came to the crease, he looked busy as though he wanted to keep the scoreboard ticking, but his ego got the better of him yet again as Sam Curran enticed him to flirt outside his off stump and it was the same old story, caught behind by Jos Buttler. Not a pleasant feeling for the India Captain as shades of 2014 are starting to appear once again in his batting.

Vice-Captain Ajinkya Rahane joined Pujara in the middle with India in a spot of bother with the score of 55-3 at Lunch.

Together, they batted the whole of the afternoon session with India managing to keep their seven remaining wickets in hand.

The duo put on a century partnership but more importantly batted out the whole afternoon session to put India in a slightly more secure position at Tea.

Pujara and Rahane continued to bat through the first hour and were looking comfortable in the middle.

Rahane notched up his 50 while the rock of India was looking solid as ever with his 45 of 206 balls.

However, after the drinks break, he got a snorter of a delivery which hit his glove and ballooned straight into the hands of the England skipper, who was fairly close in at second slip.

In walked the dangerous Rishabh Pant with a score of 155-4. India now had a lead of 120 with the game on the knife-edge.

Whenever somebody like Pant walks out to bat, you would expect entertainment every time and that’s exactly what we got, but it was more entertainment for England and Moeen Ali when Rahane was caught behind off Buttler, attempting to guide the ball down to the third man boundary. The India Vice captain’s gritty knock of 61 finally came to an end.

Ali was looking as though he could take a wicket off every ball as he got Ravindra Jadeja a few deliveries later with a beauty, which pitched on middle and clipped the top off stump.

With Ishant Sharma walking out to bat at 175-6, India had a lead of 149 Both he and Pant managed to add just six runs before bad light ended the day’s proceedings.

It has been a relatively quiet start to the series for India’s number three, four, and five. neither of them could make it past double figures in the first Test but today both of them showed what character they have by batting through the post-lunch session.

Sometimes, when a batsman is not in the best of form, all they need is time in the middle

Virat Kohli also showed glimpses of that in the first innings, but what that partnership did was crucial to India’s chances of not only staying in the game but pushing for victory on the final day, especially with the wicket deteriorating. 200 to 250 may provide a fascinating run chase on a wearing day 5 pitch but can Pant and the tail get India there?

Tune in to Sky Sports Cricket or BBC Test Match Special tomorrow at 10:30 am to find out. 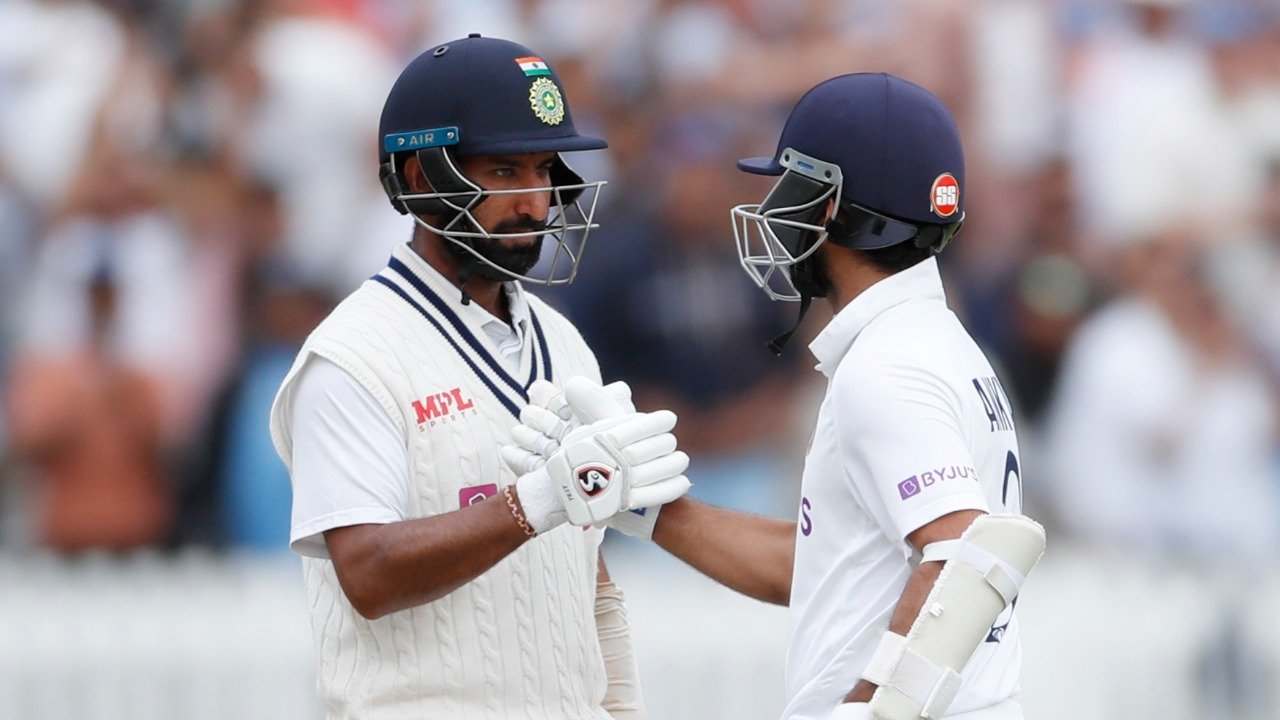