Finland’s captain penned an emotive letter questioning the Qatar World Cup and calling for other players to be “brave”.

Tim Sparv, also captain of HJK Helsinki, admitted the urgent need for this after he originally “woke up too late” and endured a long journey to understand the scale of the issue as a result.

In February, The Guardian reported 6,500 migrant workers had died as a result of the Middle Eastern country winning the World Cup rights. In addition, Qatar has numerous allegations of ongoing human rights abuse.

“These last 2½ years I have been on a personal journey to learn more about the situation in Qatar,” Sparv wrote in The Player’s Tribune.

“I’m not an expert, but as the captain of the Finnish national team, I know that I might soon be playing in stadiums that have cost workers their lives. We players are going to be the public face of a tournament over which we have no control.

So I have wanted to know more — I have even spoken directly to migrant workers. And I can tell you this much: They appreciate and feel encouraged by the fact that someone is supporting and empowering them.

“I know I’m writing this article many years too late. I’m still thinking, Ah! Could we not have addressed this five years ago? Maybe we could have changed some of the decisions that were taken, and improved the conditions for the migrant workers.

“But we can still improve lives. We can still make sure that better decisions are made in the future. To do that, though, we need to keep the spotlight on Qatar. Fans need to talk about it, journalists need to write about it, organisations need to highlight it. And players really have to speak up about it. This is not just about Qatar, but also about how we look at other international tournaments and host countries.”

Sparv began to research Qatar’s abuses after his teammate Riku Riski rejected a call-up on to the national team in January 2019 on ethical grounds as Finland was training in the country.

“I started reading about human rights violations and the exploitation of migrant workers. I was startled. And yet for a while, it was all background noise to me. I was aware of it, but somehow I didn’t wake up to what it really meant.

“I suspect that a lot of people can relate to this. Many are still sleeping.”

Finland faced criticism from the Nordic press at the time. Sparv confessed they had little answers to the questions the media were handing them. Eventually, they decided against any more training camps in Qatar, but Sparv was not satisfied.

“I still felt uncomfortable. Clearly, there was something important going on. And, just as clearly, I had not spent enough time thinking about it.”

Finland’s captain went to FIFAPro – the global football player union of more than 65,000 – for information on Qatari laws and how migrant workers live.

In 2015, Qatar introduced labour reforms to improve migrant worker’s working and living conditions, such as a minimum wage.

However, Amnesty International’s report on Qatar suggests little has changed. Among the issue are extortionate recruitment fees that the worker has to pay, forced labour and some workers are effectively enslaved as they cannot move camp, country or job.

In August, the union put him in contact with some of these workers and that is when his heart sank.

“That talk really opened my eyes. Qatar has said that it has improved its labour laws. You read that and go, Oh, great! But in that meeting, it became clear that these laws are not being implemented very well. What the workers want right now is that these laws be fully implemented, with a guarantee that this will continue beyond 2022.

“I had one conversation with a woman that really got to my heart. She was very passionate about helping her fellow workers, but she was also disappointed and angry. She told me about having to work 16 hours a day without any days off. She also said that if a female worker had a complaint, the police would always take the employer’s side. We’re talking about stuff like rape allegations here. These were grave allegations, and yet these women were not even being listened to.

“That was brutal to hear. Even with the latest positive reform, let’s not for a minute think that things are O.K. in Qatar. There is still a long way to go.”

The path Sparv has gone on has caused him to find a voice that he hopes others can find too. Crucially, he believes this can be done by FIFA giving player’s the opportunity to speak on where they play in the future.

“They [FIFA] can still give us players a bigger role,” he wrote. “We are essentially the product that the countries are bidding for, and which FIFA sells to broadcasting partners for fortunes. But we have no say in where the World Cup is played. Nobody even bothers to tell us. We find out on the nine o’clock news. Oh, look, we’re gonna play in Qatar.

“It’s like we’re standing on the outside screaming at these people, “Hey! Please let us in! Please let us know what’s going on!” It’s very frustrating.

“I just wish more players would speak up about it.”

While discussing the possibility of more players joining the social activism movement, Starv recognises that young players have enough to deal with and he respects that “not every footballer wants to talk about these issues”.

He highlights how players can be in trouble for speaking on politics, depending on the country they are from or play in, and the potential sponsorship consequences. “I know players who know they’ll be in big trouble if they speak about issues like Qatar,” Sparv said. “They are afraid.”

On-the-field opposition has already started with Germany, Netherlands and Denmark wearing T-shirts that demands human rights be respected. Away from the pitch, Finland released an open letter alongside six other Nordic countries questioning FIFA to address Qatar problems. Amnesty International has done the same.

The Finnish knows there is more work to be done. He does not believe boycotting the tournament is the answer as “it would not bring any positive change to the workers in the country”.

Instead, he wants to listen to the voice inside his head demanding him to do more. In doing so, Sparv hopes the wave of talking points inspires other players to be brave and put pressure on FIFA and Qatar to establish permanent change.

“Does the Qatar government read these stories? Are they affected? I think they are. They have already changed their laws, and that would not have happened without the political pressure that had been applied. If more players and national teams join in, we will strengthen the legacy and social impact that the tournament can have in Qatar. I’m sure of it.

“When I spoke to the workers, they were very happy that we were involved. They reiterated that we should keep making noise about this, keep supporting them, and stand up for their rights as workers and human beings.

“So I would encourage every player who participates in these qualifiers to at least think about how the migrant workers are being treated, and how their families are being affected. Think about the privilege we have as players and the power of our platforms. Those workers don’t have that same privilege, but we can support them by telling their stories and raising our voices together.

“If you can summon the courage, get informed, get involved and speak up. Talk to a journalist, write a tweet, post something on Instagram. Get in touch with workers’ representatives, human rights organisations or your players’ union, and ask how you can help make an impact for the workers on the ground.

“Maybe some people will abuse you for raising your voice — perhaps they would either way. Maybe you will have some emails to reply to and some phone calls to answer.

“But when the history of this World Cup is written, you will be on the right side.” 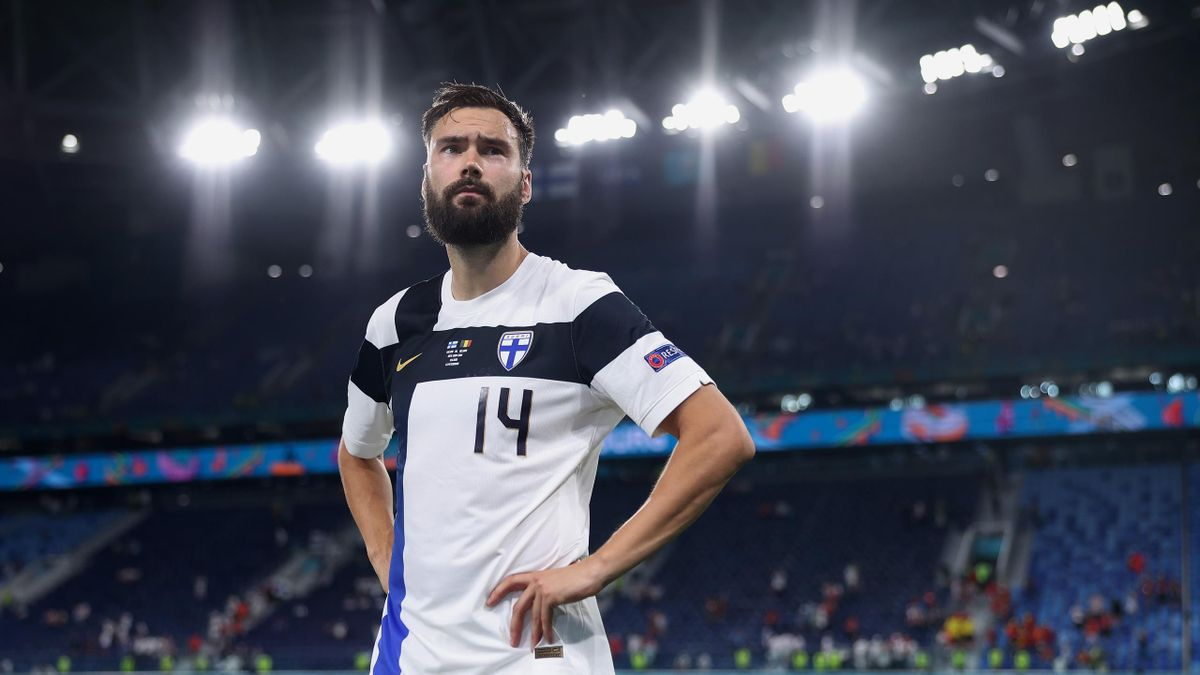