The DP World Tour Championships took place at the Jumeirah Golf Estates Earth Course in Dubai as the top 50 players in the tour did battle to see who would be crowned the champion of the event and also a champion for the season as well.

There were only seven of the field who could end in the number one spot though for the season, Rory McIlroy, who came into the event in the top spot, and Ryan Fox in fourth knew if they won this tournament they will guarantee the number one spot, but if those two did not achieve this feat this week then the likes of Matt Fitzpatrick, Tommy Fleetwood, Viktor Hovland, Shane Lowry and Adrian Meronk to pinch the title for the season if certain scenarios played out.

Meronk, Lowry and Hovland would all require a win and various permutations to go their way to have a chance, and Fleetwood, who kept himself in the running for the number one spot after successfully defending his Nedbank Golf Challenge title last weekend, also needed another win and for both McIlroy and Fox to finish outside the top two.

US Open champ Fitzpatrick started the week in the third spot and could still win the DP World Tour rankings with a runner-up finish, should McIlroy finish outside the top seven and Fox fail to win, and if Fitz won this week and McIlroy isn’t runner up then he would also take the crown, whilst Fox could finish as low as 13th and still win the year-long season depending on McIlroy’s result, have you got all that??? Thought so…..

Anyway, where were these players after Day One, well the best round out of those players vying for the number one crown was Fitzpatrick, who was tied for the lead on seven under par alongside fellow Englishman Tyrell Hatton, Fleetwood was three shots back and tied for fifth, and the only other two who were the right side of par after round one was Meronk (-2) and McIlroy (-1).

Lowry and Fox were both down in a tie for 33rd after one-over-par rounds, whereas Hovland was a shot worse off and in the 40th spot alone, so after Day One Fitz was certainly in the driving seat for not only the championship title but also the season title too, but of course, there were three more rounds to go so plenty of time to change.

The story of the day other than the leaders and players vying for the end of season honours on Day Two was Chinese player Ashun Wu who after shooting a very poor round of 78 on Day One managed to improve by FOURTEEN shots on Day Two by shooting the lowest round of the tournament so far with an eight-under 64 to jump up to T-20th, showing us all that you can always bounce back from a disastrous day and put whatever went wrong the day before right the following one.

Sadly, there were plenty of players who could not turn around poor first days as well, and some that followed up solid first-round performances with not so solid second round performances as well, Spaniard Pablo Larrazabal was one such example, shooting a decent three under 69 on Day One but then shooting TEN shots worse on Day Two to be +4 for the tournament and down in T-42nd as a result.

So, what of the challengers for the end-of-season title, Fitz remained tied for the lead and in pole position after backing up a 65 on Thursday with 67 on Friday to be -12 for the championships alongside Tyrell Hatton who also shot the same two scores as his compatriot, Fleetwood backed up his 68 on Thursday with a decent 70 to be -6 and in a tie for 8th, whereas McIlroy finished his second round with a birdie and an eagle to move himself up that leader board and still be in with a shout at -5 and T-11th. And Meronk was T-18th on -3 after another solid round, backing up his 70 from the opening day with a 71 on Day Two.

Lowry could only shoot 70 to be -1 and T-24th, and like the Irishman it just never really happened for Hovland and Fox either as they just could not get anything going and shot 70 and 72 respectively to be way down the leaderboard at the halfway stage, needing a miracle quite frankly to challenge for any honours now and needing very low rounds over the weekend and needing a lot to go for them. At least they both ended their rounds positively, Fox netting an eagle and Hovland a birdie, their momentum heading into the weekend perhaps?

Finally, for Day Two there was a Spanish charge as Adri Arnaus, Jon Rahm and Jorge Campillo all shot decent rounds to get themselves into the top five, however it was Hatton and Fitzpatrick who was three ahead at the halfway stage and looking in decent shape as the tournament headed into moving day as it’s known.

And the moving day wasn’t it just, some not in the right direction either, joint overnight leader Hatton appeared to be running away with it until a poor back nine saw him eventually finish with a level par 72 and three shots off the leader, whereas Fitzpatrick managed to hang in there and card a decent two under par 70 to be just one back off the lead.

That leader after three rounds was the big Spaniard Rahm who shot a superb round of 65 to enter the final day one shot clear, and the other players to shoot 65s and put themselves into contention were Meronk, who started the final day five back, and the small matter of the world number one McIlroy who is only three back, and more importantly only two behind Fitzpatrick, who he is going up against for the Harry Vardon Trophy, the prize awarded to the European Number One at the end of the season.

Those two were now the only realistic players who had the chance of winning it now, and as they headed into the final day the Northern Irishman held a slender lead over his English opponent so another decent round of golf would see the World’s best golfer hold both the Fed Ex cup and DP World Tour titles at the same time, a feat McIlroy has never achieved.

Fitzpatrick knew if he could win the tournament and not see McIlroy in runners up spot, or finish runner-up himself and see McIlroy worse than seventh, both crowns were his, anything else and it would be Rory’s, so Fitz knew what he had to do, but winning this tournament was not going to be easy as the leader board was a rather star-studded one, and only five shots between the top seven players.

The final four pairings would see Fleetwood and Campillo head out followed by Hatton & Meronk, then Alex Noren, who had shot three rounds in the sixties so far, and McIlroy, and then the final paring of Rahm & Fitzpatrick, it all promised to be a rather exciting and dramatic end to the season that was for sure.

So, how did it pan out?  Well for Fitzpatrick it did not go the way he would have hoped, again having a slow start to his round, just like Moving Day on Saturday, and sadly for the Englishman it never got going on the back nine either and he ended up shooting his worst round of the competition, a one over par 73 to end the tournament tied for fifth alongside fellow British player Fleetwood who netted a three under 69 to finish his season in a decent way.

This meant the only way Fitz would take the European Number One crown for the season is if McIlroy had a monumental collapse in his final round, well that did not happen as the Northern Irishman carded another decent round of 68 to see him end the tournament three shots clear of Fitzpatrick and on his own in the fourth spot, meaning McIlroy took both the FedEx on the PGA Tour and the DP World Tour title on the European Tour, the first time he has ever held both at the same time, he is world number one for a reason to well done to him.

Anyway, who managed to end the season with a win, well Swede Noran managed to shoot four sub-sixty rounds but still ended up two shots back from the winner and tied for second with Hatton whose six-under round of 66 was the equal best round of the day, but even that wasn’t enough for the Englishman as Spaniard Rahm, who had the overnight lead going into the final day, held off everyone to shoot a five-under par 67 on the final day and net a winning score of -20 and net a cool 2.9 million dollars to boot.

A special mention too for Fox, the New Zealander had not had the best of weeks but a final round of 68 saw him end on five under and finish 19th, enough for him to end the year in second spot behind McIlroy in the rankings on the Tour, so ending one of his best seasons in a positive manner at least and hoping for more of the same next year too.

Below is the final leaderboard for the DP World Tour Championship for 2022, and also the final standings in the Rankings for the season…..

Well done to Jon and Rory then, that concludes the European season, the 2023 season begins towards the end of January at Yas Links in Adu Dhabi for the HSBC Championship where they begin from zero once again and embark on another long and hopefully successful season….. 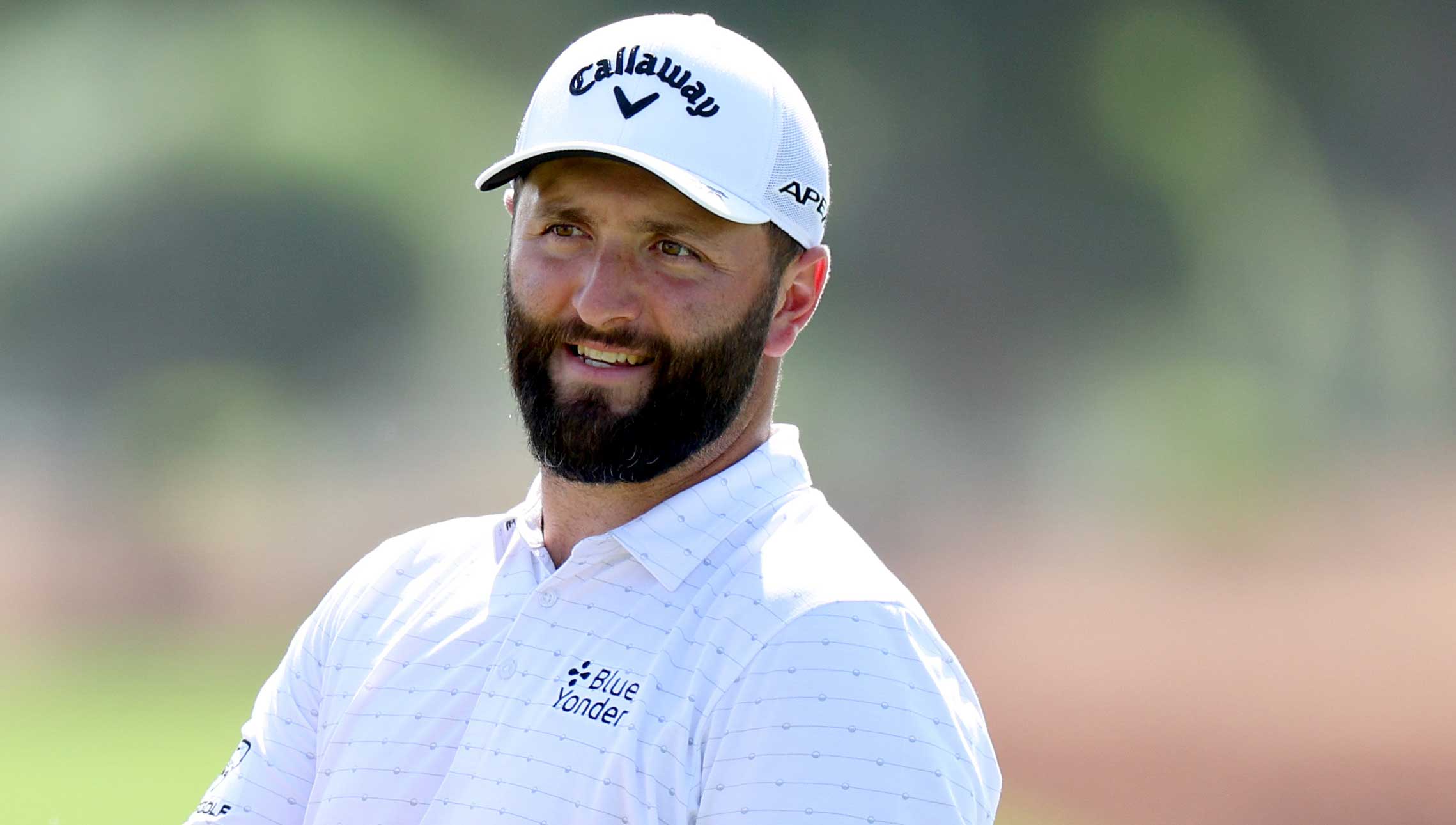