I can’t remember F1 without Sebastian Vettel. Not properly as an engaged fan. With Seb’s retirement, I feel like I am losing a part of my F1 childhood, with only Lewis Hamilton and Fernando Alonso remaining from that era.

Seb Vettel’s impressive F1 career ended at the 2022 Abu Dhabi Grand Prix, with his father by his side and the crowd chanting his name. Up and down, the paddock drivers and teams have paid respect to the four-time World champion. Regardless of their controversies and rivalries, all 20 drivers came together for one final meal to say goodbye to Seb.

Some may remember Sebastian Vettel for his record-breaking success early in his career, winning all four of his World Championships consecutively. Back then, Vettel was a little like marmite, with some growing tired of his domination and attitude within his team (“Multi 21 Seb”).

However, Seb has proven he is an F1 icon and not just because of his racing. After leaving Ferrari, it would have been easy for the World Champion to bemoan his status, scrapping for points instead of wins at Aston Martin. Yet, he didn’t.

Instead, he used his voice, platform and influence within F1 to give voice to social justice issues. From women’s rights to racism and climate change, he and Lewis Hamilton have been leading figures within F1, showing that wealthy sportspeople also have a social responsibility.

When Hungary restricted the rights of the LGBTQ+ community, he made his allyship known at the Grand Prix in 2021. During the 2022 season, he has illuminated various issues each race weekend, even featuring on BBC Question Time to discuss climate change.

His all-female karting day in Saudi Arabia was one of my favourite moments and has hopefully inspired young girls globally that karting is a possibility for them as well.

As a young woman, annoyed by how F1 operates and excludes anyone that isn’t a rich white man, I am eternally thankful for Vettel introducing essential topics of conversation to F1. Sports and politics are always intertwined. By highlighting this, Vettel has shown his class and integrity as an individual.

A tribute to Sebastian Vettel cannot ignore his wit and humour. He has always brought lighthearted moments to races, a joy to watch in press interviews and a reminder not to take F1 too seriously.

During the 2022 season, he has given us beautiful moments, from driving a scooter around Albert Park in Australia to wearing his boxers over his race suit in protest of the FIA’s clothing rules.

He has never let the sport become more prominent than him, and that explains his reason for retiring. Vettel could continue chasing glory but instead chose to spend time with his family and focus on the crucial things in his life. As he said in his retirement speech:

“My best race is still to come.”

Whilst racing drivers have made comebacks after retiring, Nigel Mansell a prime example of this, it feels as if this is the last time we will see Seb race.

His legacy will continue, however, not only in the record books but also within the culture of F1. Whilst he may never race again, it is hard to believe he can stay away from motorsport entirely. His talents could be best used within the FIA or junior karting series, helping the kids who otherwise would not have a chance to get into motorsport.

But for now, Sebastian Vettel will enjoy being at home, a father and a husband- and probably a few beers after his last Grand Prix.

It is hard to describe the impact Sebastian Vettel has had on me. When I first became obsessed with F1, he was a key driver, always in contention for race wins and championships. Watching him battle Lewis Hamilton for the 2017/2018 Championship at Ferrari is one of my fondest memories of F1 and why I love this sport so much.

When he began to discuss social issues, my admiration for Seb quadrupled, bringing to light injustices I never thought would make their way into F1. Conversations he and Lewis initiated felt long overdue, surely making fans from diverse backgrounds feel finally heard by the sport they enjoy.

Every era of Formula 1 has to end, and he leaves behind a whole host of talented young drivers who, hopefully, one day, will use their voices in the same way Sebastian Vettel has.

There is only one thing left to say.

And enjoy your retirement! 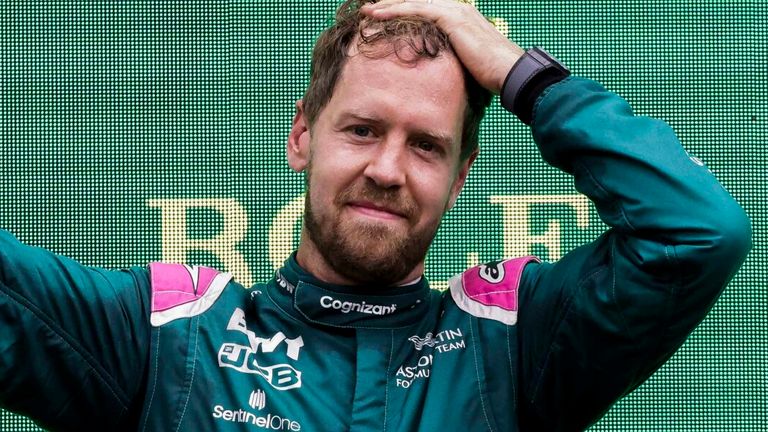