Rahul, who scored 132 not out, also achieved the highest individual score by a captain and the best for a Kings XI Punjab player with a generous Royal Challengers Bangalore bearing the brunt of his assault, offering little in the form of resistance.

After being invited to bat first, KXIP captain Rahul got his innings going with a tuck down leg side four off Umesh Yadav. He was well supported by his opening partner Mayank Agarwal as they added 50 runs in the powerplay. Mayank was dismissed in the very next over, cleaned up by Yuzvendra Chahal.

What followed after that was carnage. With field restrictions easing, the RCB expected Rahul to calm down. However, that was not the case. Punjab added another 57 runs in the next 6 overs, despite Nicholas Pooran scoring just 17. What made it more impressive was the fact that Rahul took a smart approach while facing Chahal, who had turned the last game on his head.

Shivam Dube gets RCB in game

The respite came in an unexpected form for Bangalore. Shivam Dube picked 2 wickets in 2 overs- first dismissing Pooran, before removing Glenn Maxwell in his next over. It was a setback for KXIP who would have expected the 2 big-hitters to increasing the run flow.

Another unlikely thing happened for RCB. Kohli, who is normally really great in the field, dropped 2 catches- with Rahul benefiting on both the occasions. Rahul ensured he made out the most of the chances, hitting Dale Steyn and Navdeep Saini out of the park to finish with 7 sixes and the first century of the IPL 2020. His 132 saw Punjab post a ‘fighting total’ of 206-3 in 20 overs.

Considering the dew factor, which was evident late in the first innings itself, along with the formidable batting line-up that Bangalore boasts, a target of 207 runs was well within reach. However, that wasn’t the case.

RCB vested the responsibility on Devdutt Padikkal who had starred in the last game- his debut in IPL. It’s not often that you have eyes on you despite batting with Aaron Finch. However, that probably proved to be too much for the youngsters. He was dismissed in the very first over, after scoring just 1 run.

Josh Philippe was promoted up the order but that neither did him nor RCB, not even Kohli, any good. Philippe was dismissed for a duck. Mohammed Shami removed him to earn the purple cap, at least for a few hours. Kohli, who was batting out of position, at number 4 was dismissed 7 balls later, by Sheldon Cottrell. The scoreboard read, “4 runs for the loss of 3 wickets”.

De Villiers rescues, to some extent

Washington Sundar, 30, resisted the inevitable for some time but RCB were ultimately bowled out for 109 runs in 17 overs.

Murugan Ashwin and Ravi Bishnoi picked up 3 wickets each as Punjab registered their 2nd biggest win in terms of runs. Their best is also against the same opponent- a 111-run thrashing in 2011. 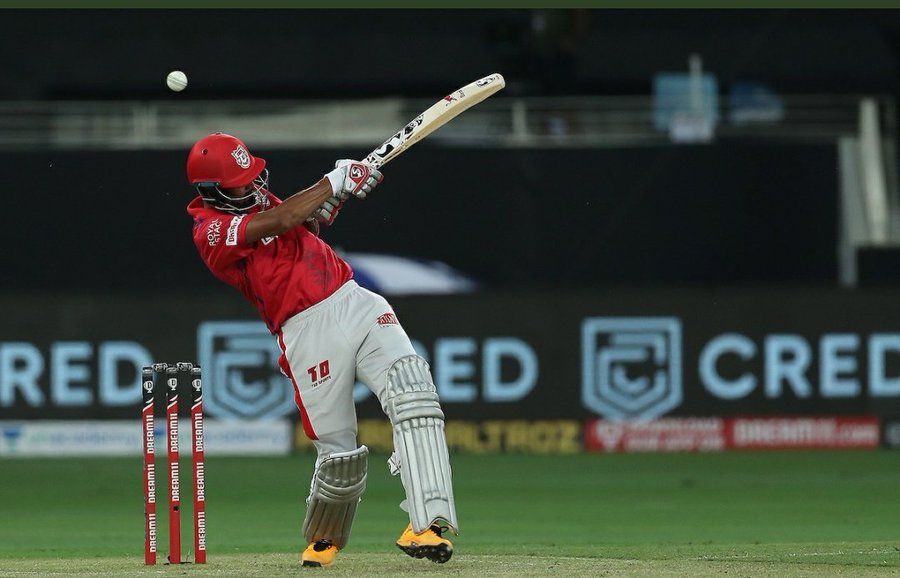