In a brilliant display of toughness and guts, the Los Angeles Rams came into Seattle, ready for some playoff football. The story unfolds when backup quarterback John Wolford gets knocked out of the game on a cheap (yet legal) shot from Jamal Adams, on just the second series. At that point, starter Jared Goff comes off the bench, despite an injured thumb, to lead the Rams offense once again. The stat line wasn’t that impressive, only throwing for 155 and a touchdown, but his grit and leadership were enough to inspire the offense.

The true superstar of the Rams assault wasn’t Goff, but rather, running back Cam Akers. Akers accumulated 176 yards of total offense, adding a second-quarter touchdown that put Los Angeles ahead for good. Akers also proved very instrumental on a later drive in which the Rams ran out the last five minutes of the third quarter, and went up by two scores. The rookie has proven himself to be a strong weapon moving forward.

LA’s defense was the true heroes of the game, however. All-day long, Russell Wilson and the Seahawks were under press from a relentless rush and a stingy secondary. The pass rush, led by Aaron Donald, took down Wilson five times and forced six additional negative plays. The secondary was able to contain Seattle’s elite receivers, minus one late, meaningless drive and one big play. Jalen Ramsey lined up on DK Metcalf most of the game, and though he didn’t shut him down, he did frustrate the star wideout, limiting his effectiveness.

The Rams D put its big stamp on the game halfway into the second quarter. The Seahawks were looking to get their offense started after LA re-took a three-point lead, and were able to advance 22 yards on the first two plays of the drive. The next play, they attempted a wide receiver screen to Metcalf, when Darious Williams avoided the pick and jumped the routine. Williams secured the interception and returned it 42 yards for a touchdown, and the Rams first two-score lead of the game.

From there, the Rams paced the Seahawks to a 30-20 victory

Josh Allen accounted for 378 yards of total offense and was responsible for three scores, leading the Bills to their first playoff victory in 25 years. What Allen wasn’t able to accomplish through the air he picked up on the ground, including the touchdown that put Buffalo up for good, right before halftime.

Allen’s final score plunged the dagger into the Colts, as he hooked up with Stefon Diggs for a 35 yard TD, at the start of the fourth quarter. That score put the Bills up by two touchdowns. Diggs proved to be Allen’s favorite target yet again, hauling in six passes for 128 to go with that score.

Despite the strong outing from Allen and the Bills offense, the Colts D was able to limit the damage and keep them in the game until the final series. Indy received the ball with two and a half minutes left, down by three. Phillip Rivers had one final chance to lead his new team to victory.

Buffalo’s D needed to come up with something to preserve the victory. And that they did. Excellent downfield coverage, and sound tackling from Matt Milano and the linebacker core, forced Indy to nickel and dime their way up the field. This tactic, combined with wasted timeouts earlier in the half, ultimately led to the Colts not being able to get in field goal range. As a result, Rivers was forced to throw a harmless Hail Mary, which was knocked down by Micah Hyde, as time expired.

Tom Brady collected his first playoff win without the Patriots, by overcoming a strong Washington pass rush in the second half. On the day, Brady threw for 381 yards and two touchdowns, once again proving that age is only a number. The Football Team’s pass rush did make him look vulnerable in the third quarter, but when he was needed the most, Brady led the Bucs on an impressive touchdown drive. This drive took place early fourth quarter and allowed Tampa Bay to go up by two scores. They never relinquished the lead from there.

It was Leonard Fournette, not Brady however, that punched in the score on that all-important drive. Fournette enjoyed himself a strong outing, gaining 132 yards from scrimmage to go with the TD. The running back was not the only one of Brady’s weapons to enjoy a noteworthy performance, as Chris Godwin and Antonio Brown both added at least 49 yards and a touchdown. Mike Evans led all receivers with six receptions for 119 yards.

Tampa Bay’s defense proved instrumental in this game as well. Sean Murphy-Bunting came up with the game’s first big play: an interception on Washington’s second series. The pick led to a Bucs touchdown and their first two-score lead of the game.

Tampa’s D also turned it on late in the game, forcing Washington to lose the ball on downs. A beautifully defended pass by Carlton Davis finished it, on fourth and 21, but the drive got to that point with strong pressure from the Bucs’ front and a clutch sack from Lavonte David. All total, Tampa Bay’s defense registered two sacks, six tackles for loss and eight defended passes.

In defeat, backup quarterback Taylor Heinicke was stellar with the spot start. Heinicke had very few NFL snaps under his belt when Washington signed him at the end of November as COVID insurance. No one saw tonight’s performance coming at all. Heinicke threw for 306 yards and a touchdown, keeping pace with Brady and the Bucs until their final series. It truly was a storybook tale, albeit not ending with happily ever after. Taylor caught the attention of the football nation, leading many to wonder what might be next.

The Buccaneers get their first playoff victory in 17 years, with a 31-23 win over Washington 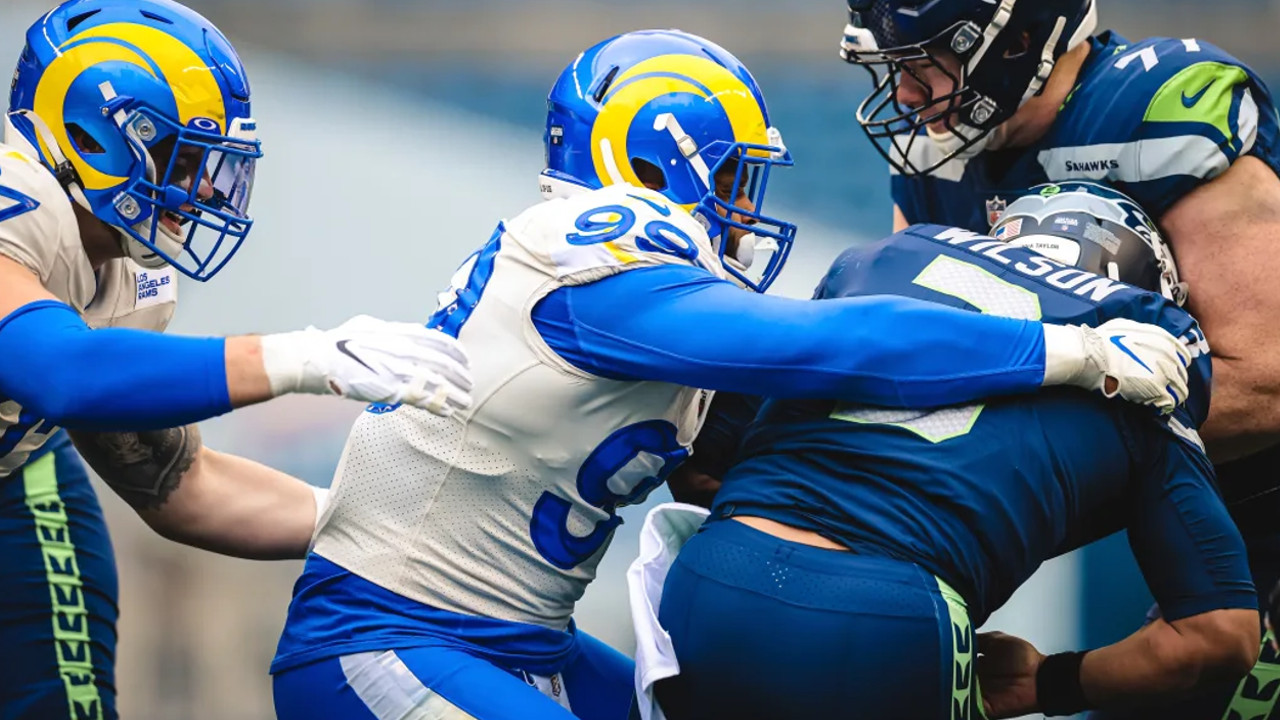