After some enthralling displays at the weekend, albeit without a huge amount of good running rugby, we look at who really stood out in the Northern Hemisphere.

A suffocating Welsh defence, a Scotland side still flattering to deceive and an Italian team who now seem to be on the ropes mean that the final round is more open than it has been in a long time.

The battle for the championship should be mouth-watering next week. Will it be England, Ireland or Wales lifting the new-look trophy come Saturday evening? Here is the team from Round 4;

1. Jack McGrath – The Ireland loosehead has really taken his opportunities this year in the absence of Cian Healy, who he is now confining to the bench. That alone would be enough to earn him a spot but the young Leinster man has put in a huge amount of work particularly in the scrum during this year’s tournament and was possibly penalised a little too much in Cardiff.

2. Scott Baldwin – As with the rest of the Welsh team, Baldwin put in a mammoth defensive effort to deny the Irish, but for a front rower to be putting in 20 tackles and stay on for the full 80 minutes is a testament to him. Wales might have been worried about the injuries to their front row beforehand but perhaps a little less so now.

3. Nicolas Mas – Euan Murray and Dan Cole both had their moments at Twickenham, in a match that looked to boil over several times but neither really got the better of the opposition consistently. Mas was part of a dominant French pack that laid the foundation for the win in Rome. At the age of 35, he just seems to be getting better and better and his leadership in a team which is a bit short of experience at the moment is invaluable.

4. Luke Charteris – Another lithe second row in a similar mould to Devin Toner in that he probably doesn’t get the credit he deserves. Since moving to France Charteris’ tight game has come on leaps and bounds but all of this just pales in the light of this stat from Saturday; 31 tackles made, 0 missed. No contest.

5. Paul O’Connell – Alun Wyn-Jones continued his excellent form and continues to show why he was so highly rated for the Lions in 2013 but it was the 100 cap man who swings it. A shame for a man of his standing, drive and humility to be on the losing side but he was excellent. Just when you think he might be starting to creak a bit he puts in a performance like this, doing his usual hard work around the ruck and tackle area but also carrying very effectively, including two breaks that could’ve lead to so much more for his side. A mention for Courtney Lawes who came straight back in to the starting team and put in a man-of-the-match performance. 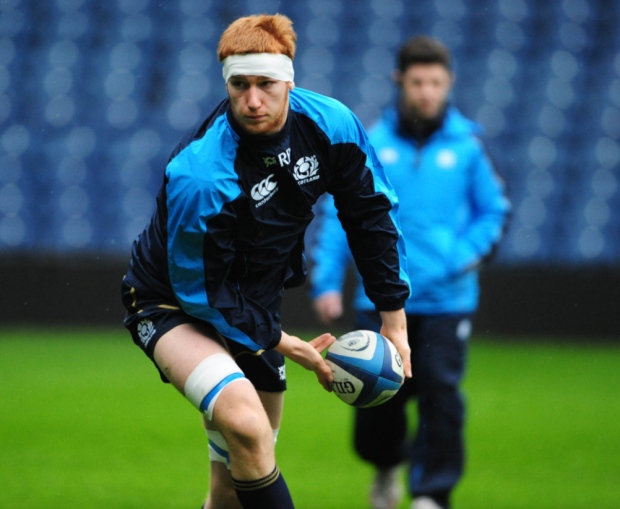 6. Rob Harley – Despite being on the losing side, Harley gave a great reminder of why Vern Cotter has chosen him ahead of such experienced players as Kelly Brown. He seemed to cover every blade of grass at Twickenham and although others made more tackles and won more lineouts, his bright red hair seemed to pop up at every breakdown, making himself a nuisance for the men in white. France’s Thierry Dusautoir also continued his recent excellent form.

7. Sam Warburton -Captain fantastic was just that on Saturday. Another whose tireless efforts in the defensive line will have had Shaun Edwards jumping for joy in the coaches box. He also led from the front, getting stuck into plenty of carries and lineout work as well. As Warren Gatland once said, when he plays well, the team plays well and it was never more true than in the Millennium Stadium this weekend.

8. Taulupe Faletau – Some strong contenders for this spot, with France’s Loann Goujon impressing on debut and Billy Vunipola getting through a massive amount of the carrying duties for England for the fourth week in a row. However the mostly unseen work that the young man got through in Cardiff clinched it. Ridiculously still only 24 years of age, Wales have a gem in this man. Put in as many tackles as his illustrious teammates but also offers real dynamism off the base of scrums and excellent hands for a big man. A key player for them every time he plays and is Mr Consistent much like his international rivals Jamie Heaslip and Chris Robshaw.

9. Ben Youngs – Rhys Webb did well to continue on after what looked like a nasty knock early on but not many nines stood out this weekend. Conor Murray, so pivotal up to this game was quiet and didn’t kick nearly as well as we know he can. The England scrum-half looks reinvigorated at this level based on his last few displays. Although his service can still be a little slow and inconsistent, he really ran the show against Scotland, putting in several trademark runs around the breakdown to keep the Scotland defence honest. His box-kicking remains an issue at times however.

10. Dan Biggar – Camille Lopez was impressive against Italy and France will hope he is fit for next week after going off with a bad-looking injury but for his cool display against a much tougher side, the Osprey gets the nod at fly-half. Biggar has really made the 10 shirt his own in recent months, both for club and country.

Against Ireland he didn’t shirk the tackles and slotted a very nice drop goal to keep the points margin enough for his side. Not having the responsibility of place kicking seems to really benefit his game and allow him to concentrate on directing his side around the pitch which he does with aplomb. A weekend to forget for Jonny Sexton as he fell well below his own high standards. 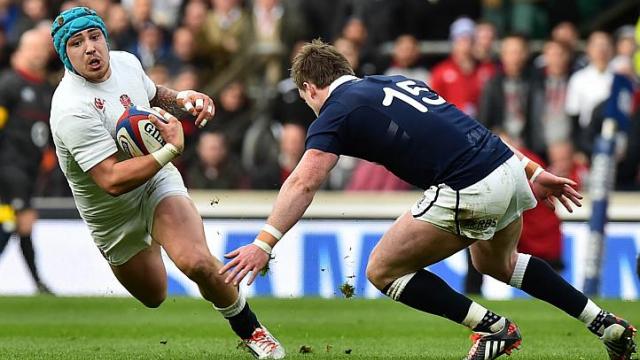 11. Jack Nowell – Not a great series of matches for wingers and Nowell was by no means perfect, wasting a couple of chances through handling errors. That said, he was clearly the standout wing of the tournament, cutting Scotland to ribbons on several occasions. The Exeter flier has rightly justified his selection by Stuart Lancaster, as he has been very solid in the air despite not being the tallest and his counter attacking is excellent. If he can cut out some of the knock-ons and improve his decision-making after a break, he could be a fixture in this team for some time.

12. Jamie Roberts – Like O’Connell, Roberts is having something of a resurgence in his career of late. Yes you know what to expect from him most games and yet he continually manages to cause defences problems and build a platform for the rest of the Welsh attack. A part of a 15 man effort who not only tackled doggedly but also rucked with great intensity and efficiency that allowed them to be so dominant, particularly for the first half. Scott Williams came on for him,  scoring what proved to be the decisive try to looks to be the future for Wales, but Roberts will leave a big gap when he retires.

13. Jonathan Joseph – Another game, another try for the fleet-footed centre. While he was quiet in Dublin the week before, this time Joseph really got the opportunity to showcase his pace and footwork against a porous Scottish defence. Not the biggest for an international centre but he seems to always haul down his man in defence anyway. Stuart Lancaster may be looking to fit Manu Tuilagi in at 12 when he eventually returns to accommodate both these talents. Closely contested by Scotland’s Mark Bennett who scored a try on Saturday and continues to play well in a talented and underrated Scottish backline.

14. Stuart Hogg – A bit of a cheeky positional switch here but impossible to leave out Hogg, who, after an early season blip which left him not selected for Glasgow, has returned to the form which saw him selected for the Lions tour. Devastatingly quick and brave under the high ball, (especially given his height like Nowell) he made several try-saving tackles and seemed to eat up the Twickenham turf for fun. Hogg has made comfortably more metres than anyone in the tournament so far and has an excellent boot to relieve pressure for his side which he did on a couple of occasions against the English. With the midfield and back three that Scotland now possess, you feel like at some point it will just click and they will run some teams ragged.

15. Leigh Halfpenny – It might seem boring and predictable but Halfpenny has to be one of the most consistently good players in Europe, not just in terms of his goalkicking. While that is a huge asset at Test level, people tend to forget how good he is on the counter attack, with pace and strength to break tackles. Allied to this he is a fantastic last-ditch defender and second to none under a high ball. His diving catch during the game, where he still managed to stay in field and call for the mark, was as good as you will see. A coach’s dream. Along with these last two, Mike Brown for England and Scott Spedding for France had strong games. The Lions selection at full-back come 2017 should be a very tight affair. 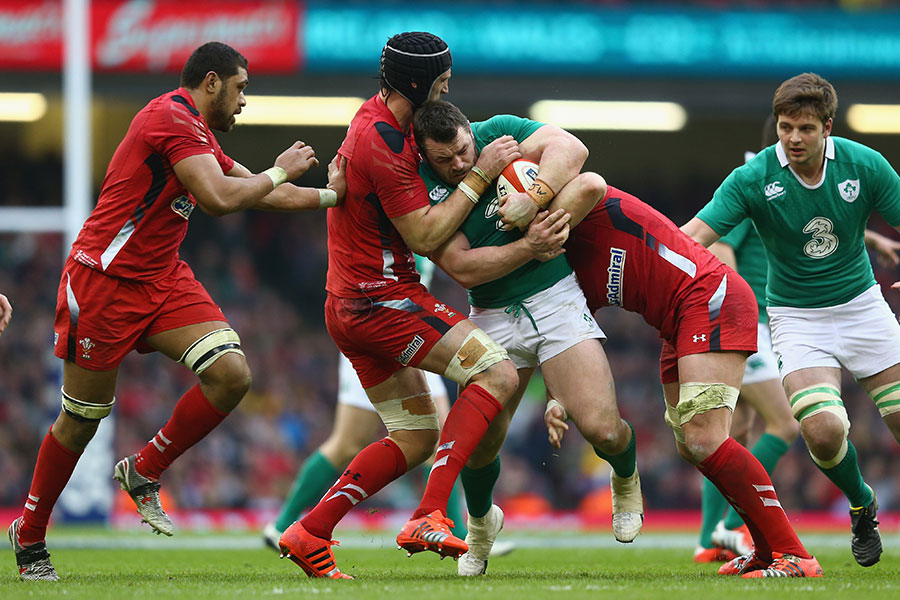