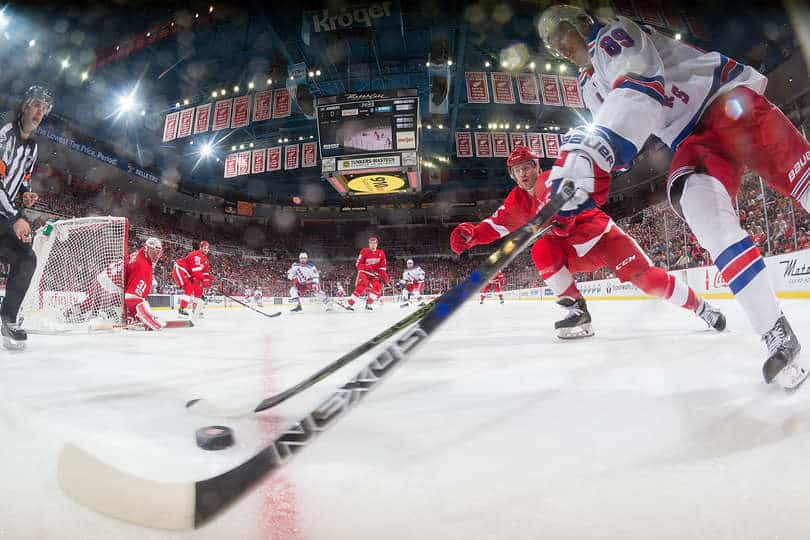 You have to score to win, guys.

Red Wings lose, 1-0 in overtime to the New York Rangers. An extra point opportunity squandered for the second straight game, and the powerplay continues to struggle.

One of the story lines before this game was the return of Wings D Niklas Kronwall, who has been out since a January 4th game against the Ducks with a groin injury. He didn’t end up making much of an impact on the game, but it’s still nice to have a veteran presence on the blue line.

This recap is gonna be kind of short, because I only have 1 goal to talk about. I’ll give a short summary of all the periods and who I feel played better for each 20 minute duration, plus the OT.

First Period: Wings absolutely DOMINATED. Scoring chances aplenty, the Wings had many opportunities to draw first blood, but Lundqvist stopped them all, having a stellar period. Coreau matched him save for save, and we were tied going to the second.

Towards the end of the period, Thomas Vanek took an Anthanasiou shot right to the “man region” and gingerly skated to the bench after the horn sounded. A huge loss for the Wings, he wouldn’t return.

Second Period: Wings and Rangers went back and forth with shots on goal and chances, but I still felt that the Red Wings had better shots and chances. The speed from guys like Anthanasiou, Larkin, and Helm(who had a great game in my opinion) really started to show, but Henrik Lundqvist continued to be Henrik Lundqvist, stifling all of the chances. Once again, Coreau matched him, and we were scoreless after 40.

Third Period: The Wings and Rangers both had a lackluster period in my opinion, but I can’t say that one team played better than the other. The chances felt of equal opportunity wasted, and neither team could bury one. No score after 60 minutes of Original Six Hockey.

Overtime: I think that the Wings had good opportunities in this period, and although the Rangers were able to end the game, I’d have to call it another tie. The Rangers had decent opportunities until the Wings defense practically gifted them a goal and the win. Zuccarello and J.T. Miller with a 2 on 1, Zuccarello with an easy pass to Miller for an empty net and the GWG with 3:04 remaining in OT. The defense hung Coreau, who had a tremendous game otherwise, out to dry.

I am particularly upset with this loss because of the opportunities squandered by the Red Wings. I know they were trying to bury them on Henrik Lundqvist, but they never forced him to make any spectacular saves. Obviously the loss of Vanek was detrimental to the offense, but those are the times where other scores on the team step up. Players who play for playoff teams. The only 3 players that I’ve seen this year who consistently step up when they are needed are Vanek, Jimmy Howard, and Jared Coreau. Anthanasiou has done that at times, but he is needed for a lot more than he is providing. That’s not enough. You’ve got to have 7 or 8 guys who push themselves hard when they are needed. A few of these guys need to step up(Looking at you, Nielsen).

Oh, and by the way, the Wings went 0/3 on the powerplay, continuing to show why theirs’ is the worst powerplay in the league. It’s getting to the point where teams aren’t afraid to commit penalties.

Think about this: If the Red Wings were able to squeak out victories in theses last 2 games, they would have 50 points, and only be 2 points of the 3rd-place Bruins with 3 games in hand.

But, they didn’t. They’re 4 points back, and have to rebound against those Bruins on Tuesday, who are probably going to be looking for some vengeance for the 6-5 shootout loss the Red Wings handed them Wednesday. The puck drops at 7 p.m central time in the Boston Garden. 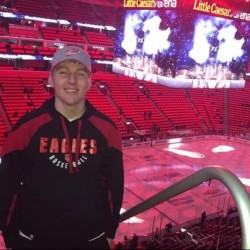 Hi, my name is Brendan(obviously). I'm just a guy from Michigan trying to get some experience on the...
0