There can be no denying that 2022 has been the toughest campaign of Lewis Hamilton’s 15-year Formula One career. The seven-time World Champion is set to complete his first season without a victory in a decade-and-a-half. And his usually trusty Silver Arrow has been anything but this term.

In the wake of last year’s Abu Dhabi Grand Prix – which saw Max Verstappen snatch a record-breaking eighth World Championship away from the 37-year-old Brit in the most controversial of circumstances – many expected this term to be a continuation of last year’s dramatic duel. It has not lived up to those expectations. Mercedes have slipped down the pecking order while Red Bull, with their plethora of exciting partnerships such as the one with PokerStars, have streaked ahead.

Verstappen wrapped up this year’s championship in Japan with four races to spare, then ripped another victory away from Hamilton a fortnight later in Austin, Texas. It seems that there’s no end to the heartache for the Stevenage-born driver this season, but it wasn’t always that way.

Whereas this season the title was wrapped up with four races to spare, last season couldn’t have been any different. Heading to Sao Paolo, Super Max had just won back-to-back races in the US and Mexico to pull out a 19-point championship lead. Hamilton knew that it was now or never if he was to reel in the Flying Dutchman, who had been in impeccable form all year long.

ALSO READ:  Hamilton is the Only Challenge to Max in 2023

Victory in Mexico City was his ninth of the campaign, and the gap between his Red Bull and Hamilton’s Mercedes had never looked bigger. Super Max was dominant and the real battle was with Perez – Verstappen’s teammate – for second place. In Brazil, that had to change, and it did.

In qualifying, the reigning world champion was in a league of his own. He qualified on pole, some four-tenths clear of the championship leader. But following that dominant performance, the provisional pole sitter’s car was investigated, and it was determined that the DRS slot on his Mercedes was larger than the permitted 85 mm. As such, Hamilton was disqualified from qualifying and had to start the upcoming sprint race from the back of the grid.

He already had a difficult job on his hands, closing the gap to the rampant Verstappen, but starting Saturday’s sprint race at least gave Hamilton the chance to reduce the arrears. And he set about the task at hand almost immediately, He overtook both Williams and Haas at the first corner and never looked back.

On the pit straight at the end of the first lap, he also managed to overtake Yuki Tsunoda and Lance Stroll, meaning he had overtaken six cars by the end of lap one.

Further overtakes were to come and Hamilton managed to recover up to P5 by the time the chequered flag came down. An engine change, however, meant more trouble was on the horizon, and he was docked another five places, meaning that he would start Sunday’s Grand Prix in tenth position.

By the end of the first lap on Sunday, Hamilton had already made up four places, and mission impossible suddenly looked very possible. Next up were the Ferraris of Carlos Sainz and Charles Leclerc, both of whom he stormed passed. Valtteri Bottas then allowed his teammate through and Sergio Perez couldn’t hold off the charging Silver Arrow. Hamilton was suddenly up to P2 and victory looked like a very real possibility.

The only man left to overtake was nemesis Max Verstappen. The pair had already collided twice this season, in Great Britain and Italy, and more drama was to follow. On lap 48, Hamilton geared up for his first overtake attempt at turn four; however, the championship leader ran his adversary clean off the road.

It looked as though Verstappen may hold on for an unlikely victory, but 11 laps on from his controversial defensive action, he could stop Hamilton no more. LH44 steamed past his young rival – who simply had no defence down the back straight – and Hamilton had done it. He had overtaken every car on the grid – some twice – to secure a heroic victory. And if he is to win a race this term, it will take another herculean effort. 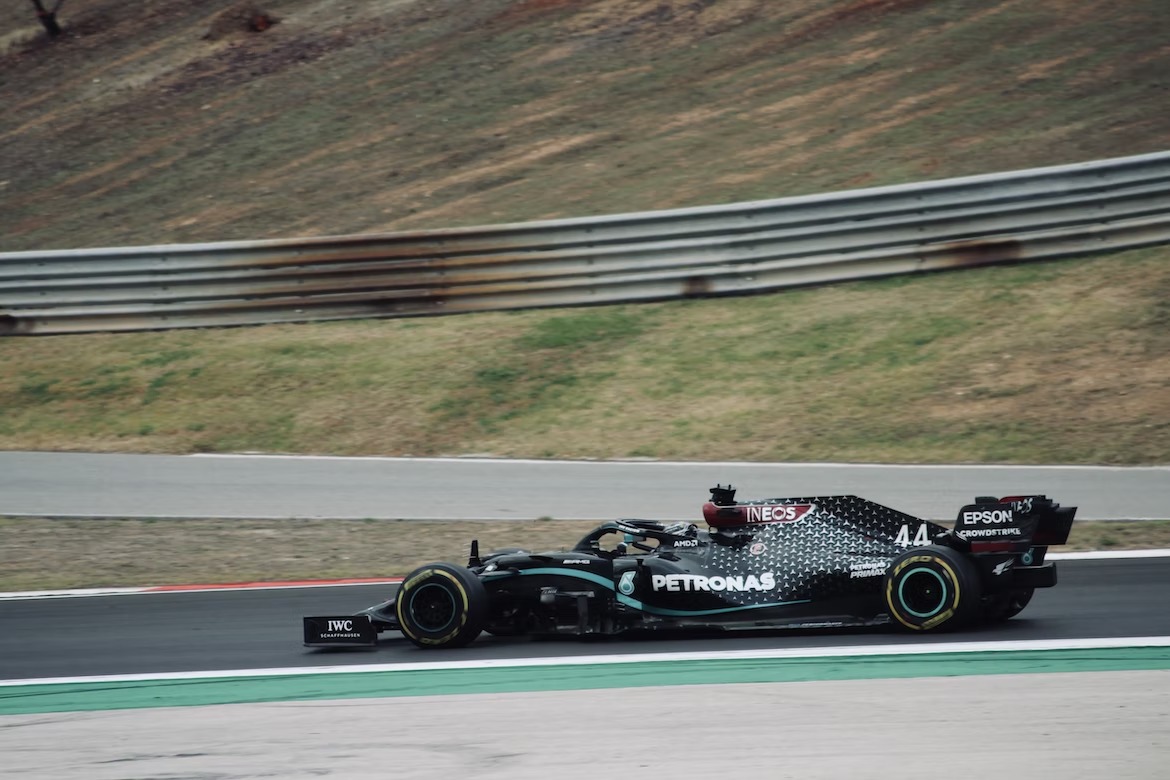