Max Verstappen crossed the line of the Japanese Grand Prix to… win the race… and at the time, not the championship.

After a weather-affected race and over a 2-hour delay, it meant that we were able to go racing with a countdown of 44 minutes on the clock, Verstappen led the way off a rolling start and had to fend off Leclerc when we finally had the green flag racing.

After a couple of racing laps, Max and the majority of the field decided to pit onto the intermediate tires seeing as the full wets were no longer as effective and quick.

Verstappen and Leclerc would both go on to pit for the intermediates at the same time and this would end up with Max bringing out a 26-second gap within 28 laps we had to go racing, which saw him cross the line to take the checkered flag first, with Leclerc coming in P2 and Perez coming in P3, it meant Max couldn’t win the championship this week seeing as it was still mathematically possible for Charles to catch up.

ALSO READ:  F1 on Film: F1’s Memorable Moments that Should Be Adapted

However, after a last-corner incident, it meant while doing the interviews, Max Verstappen was crowned as the World Champion for the second year running seeing as the stewards had given Leclerc a 5-second time penalty for an incident with Sergio Perez, therefore dropping Leclerc down to P3 meaning it was no longer mathematically possible.

A wholesome story seeing as the home of Honda is Japan so it’s definitely a fitting end to a championship story, in addition to that, now Suzuka has crowned 14 World Driver Championships since being on the calendar.

A bizarre end to the chase of the championship, from what all began as Leclerc’s championship to lose, to go to Verstappen winning the title with 4 races to go, and a lead over second place of 113 points.

This now leaves the last 4 rounds of the season to go and who knows what is to come, despite Verstappen winning the title, there are more potential records that he could beat, such as the most wins in a Formula 1 season ever achieved.

A Championship won in dominant fashion and a superb drive in order to complement the achievement.

Who do you think will win the Drivers Championship next year? Let us know in the comments down below! 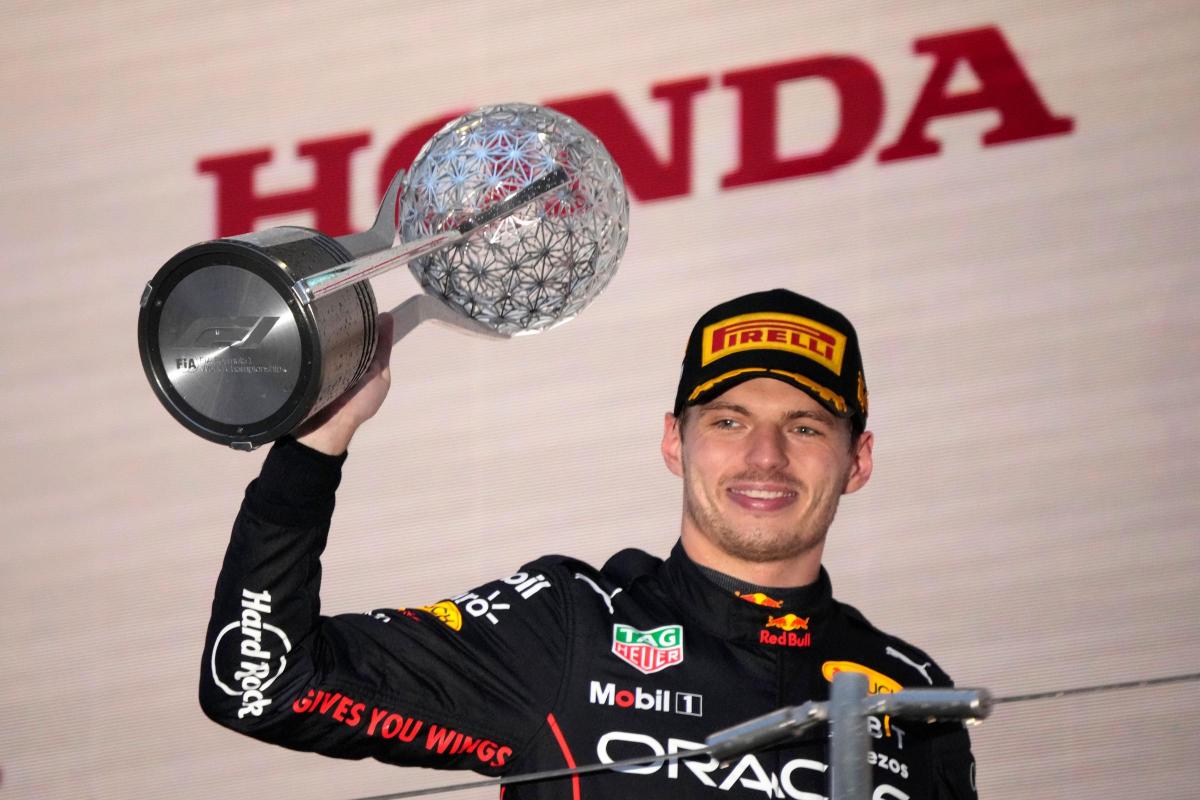