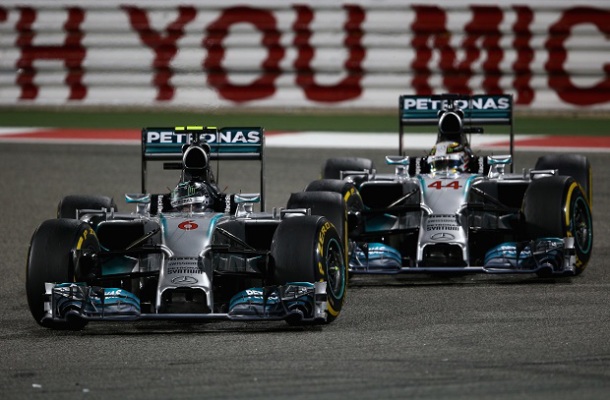 On the heels of the Le Mans 24h and the Austrian Grand Prix the news surrounding F1 is all about how the sport needs to change and what is being done for the raft of rule changes that are supposedly coming in 2017.

It’s a pretty damning for the sport that spectacle, the actual racing, is at the forefront of the discussion but without anyone mentioning the races. No one is really talking about anything except what needs to be changed and what they want to happen. So in light of recent races, suggestions, ideas, threats and the general farce that is F1 trying to get everyone on the same page here are a few things that could be good for the spectacle and the stability of the sport.

First of all lets start by pointing out that Bernie knows what he is doing for the most part, F1 is still one of the most watched sporting events in the world. Bernie has said himself that F1 needs to be more of a dictatorship and on all evidence that is still true. However the supposed supremo of F1 making constant comments about the state of the product all the while dragging the sport to exciting new markets with boring racetracks doesn’t really fill me with hope for the future. So while something needs to be done in how money (and how much) is paid and distributed, until someone just as a good as Bernie comes along he is the lesser evil.

Meetings at the Canada Grand Prix hosted by Ron Dennis for the other major team principles prompted whispers of power struggles or rule change demands. The meeting said to be “just talking, the four teams” according to Ferrari boss Maurizio Arrivabene, but Ron Dennis isn’t one to call a meeting just for a chat. Vagueness filled with rumor and rumor has it that customer cars might be part of the agenda for the 2017 rule changes. While many would see this as a way for the rich and competitive to get more rich and competitive, while effectively turning their costumers into midfield test cars.

However with the power structure as top heavy as it is already I don’t see the introduction of costumer cars changing the political landscape of F1 very much. Customer cars would provide a stable base for newer/smaller teams while generating cash flow for the bigger ones. A system such as this would need to be regulated to stop one team undercutting the others and the need for chassis to sold separately from engines in order to allow for flexibility for smaller teams to choose their own partners.

Lots of concepts drawings have been making the rounds this year about what the F1 car of the future should like and how it should drive. But the other question that keeps being subtly asked is this; how fast should they be?

As fast as is safe and then a little faster.

Look, motorsport is dangerous no matter what the discipline, F1, V8 Supercars, Le Mans, WRC, they all have an inherent danger as people try to drive a route faster than anyone in the world would deem necessary so why do feel the need to sanitize the sport to a point were contact between cars ruins races with penalties. You hit someone on track your more than likely out of the race, and investigate incidents after the race, and if your deemed to be at fault then take a fine and some penalty points. You pull a few more stunts and you get a ban, simple.

Most of the talk after the Canadian GP was about the laboriousness and tedium of fuel saving in the middle of what is supposed to be the ultimate in motor racing. Now it has been mentioned by every engineer under the sun that cars are almost always under fueled in F1 as a form of early race strategy so even if you remove the fuel limits there will be fuel saving. While that is true it doesn’t take away from the complainants from the fans, so what to do?

Remove the fuel limit all together. The cars will still under fuel but they’ll be driving so fast in the mean time no one will care that drivers have to spend part of one of their stints taking it a little bit easier. F1 made its commitment to be more relevant to modern road cars and it has done that with it’s new engines, but at the end of the day you are a racing series. Even Le Mans, a racing series with efficiency at its core,  have regulations that specifically state “These regulations have been designed to ensure that the drivers have to go flat out without having to adapt their driving and without having to manage a fuel consumption strategy.”

And finally to mention tyres, which recently have been brought up again as Michelin put in a tender to be the F1 tyre supplier again in 2017. Many of the drivers including Jenson Button have heaped on nostalgia for the days when their yachts were slightly smaller, Tony Blair was in Downing Street and Bridgestone and Michelin were not only synonymous with F1 but also as bitter rivals. If any of the suggested ideas about reducing downforce are brought in for 2017 it could be a perfect time for a new tyre war to begin.

Whatever happens to get the sport back on track in the eyes of the fans, the teams and the drivers it can’t come soon enough. This year we are probably watching Lewis Hamilton etch his name alongside the all time greats, we are watching mere children becoming men and stars in there own right in Max, Carlos and Nasr. We are witnessing some of the best racing talent in the world but the complainants are louder than the cars. So please, the sooner the better for everyone, we can stop talking about fuel and engine penalties and start talking about the actual racing again. 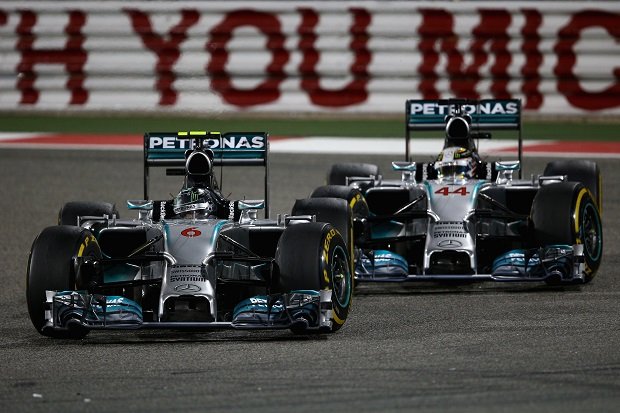