Luke Wells’ first Lancashire century saw the Red Rose county in the opening day of Round 3 in the Division section of the County Championship.

Hameed would be the only wicket to fall for Notts, caught behind by Alsop off the bowling of Barker, for 2 with Ben Slater and Duckett finishing 18 and 9 not out.

Somerset would win the toss and elect to field first.

Dom Sibley would be LBW to Matt Fisher for 11 before Will Rhodes would be caught behind by Harry Duke off the bowling of Ben Coad for 13. Sam Hain would be caught by Dom Bess off the same bowler for a golden duck before Chris Benjamin would be bowled by Steven Patterson (pictured below) for 9.

Bess would be bowled by Norwell for 1 before Duke would be LBW to the same bowler for 7. Jordan Thompson would be caught by Rhodes off the bowling of Miles for 5 before Fisher would be the final wicket to fall, caught by Bresnan off the same bowler, without scoring – Gary Ballance and Patterson finishing 51 and 1 not out respectively.

Gloucestershire would win the toss and elect to field first.

T. Price would also take the final two wickets off the day off successive balls, first Chris Cooke was bowled by 6 before Dan Douthwaite would be LBW for a golden duck, with Eddie Byrom (60) and Andrew Salter (26) the not out batsmen.

Northamptonshire won the toss and elected to bat first.

Alex Lees would be bowled by Sanderson without scoring before Michael Jones would be LBW to the same bowler for 18. David Bedingham would be run out by Keogh for 10 before Eckersley would be the final wicket to fall, LBW to Sales, for 2 with Scott Borthwick (54) and Graham Clark (23) the not out batsmen.

Essex would win the toss and elect to bat first.

Nick Browne would be caught behind by Jonny Tattersall off the bowling of Jordan Clark for 13 before Sir Alastair Cook (pictured below) and Tom Westley’s 120 run second-wicket partnership would be ended with the latter caught by the same fielder off the bowling of Rikki Clarke for 47. After a 145 run partnership with Cook, Dan Lawrence would be the final wicket to fall as he would be LBW to Dan Moriarty for 78 with Cook (140) and Jamie Porter (0) resuming as the not out batsmen.

Jordan Cox would be bowled by Ben Aitchison for 10 before a 103 run second-wicket partnership between Zak Crawley and Daniel Bell-Drummond would be ended with the former caught behind by Brooke Guest off the bowling of Dustin Melton for 53. Bell-Drummond would be caught by Wayne Madsen off the bowling of Anuj Dal for 69 before Sam Billings would be caught & bowled by the same bowler for 36.

Harry Came would be the only wicket to fall for Derbyshire, bowled by Stewart, for 1 with Billy Godleman (0) the not out batsman.

Sussex would win the toss and elect to bat first.

Worcestershire won the toss and elected to field first.

Tables Going Into Round 3 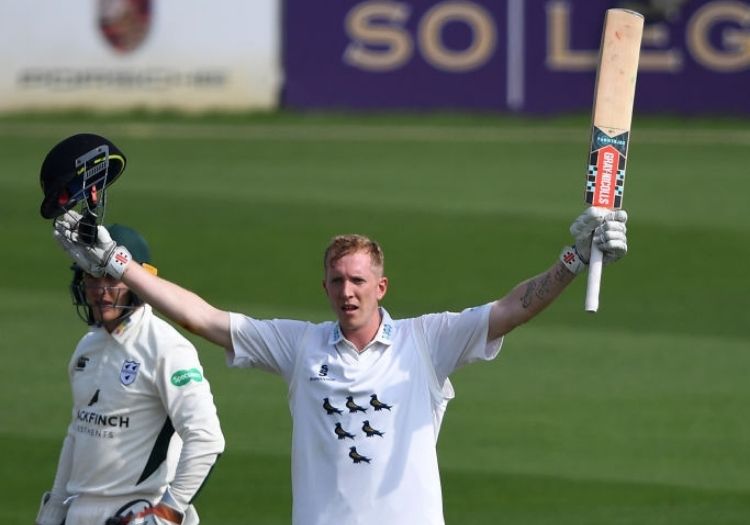