The Wizards are at another dark hour. On Friday, they will face the Orlando Magic on the road at 7:00 PM Eastern Time. After allowing the Dallas Mavericks to snap a six-game losing streak, everyone is upset. Fans, coaches, players and national media are ripping this organization to shreds. Heck, it got so bad Stephen A. Smith ripped John Wall on First Take yesterday. However, all of that is in the past and the Wizards need to focus on the now. They need to focus on beating Orlando tomorrow evening.

In the Wizards’ last outing against Dallas, we got to see Otto Porter Jr. make threes like Coach Scott Brooks has been talking about. Porter Jr. scored 19 points, going 5-of-6 from behind the arc. The small forward might have his shooting groove back and while the Wizards could have used it earlier, it’s better late than never. Maybe then, people will stop ripping Otto.

Currently, no one on the Wizards who has attempted more than ten three-pointers is averaging over 37 percent. Hopefully someone like Otto can be more reliable from the three-point line as the Wizards continue to move forward.

The Magic have a very bad bench

To Wizards standards, Orlando has an OK bench. However, the Magic did not play well at all on Wednesday night’s loss to the Pistons. Terrence Ross put up 15 points but other than that, no one showed up. The rest of the Magic’s bench players went 1-of-14 and turned the ball over eight times.

“You can’t play five guys and win, and everybody’s got to be ready to play,’’ said Clifford post game. “Let’s just tell the story. The bench was embarrassing. It was embarrassing, that’s it.’’

This season, the Magic have been heavily relying on the starting five so that is what Washington should be focusing on. Nicola Vucevic, Evan Fournier, and Aaron Gordon are leading Orlando with an average of 17.5, 16.6, and 16.0 points per game respectively.

Will we see a change in the starting five?

Probably not. Scott Brooks said that he liked what Otto did last night against Dallas and said that there would be no change. However, you could argue that either Jeff Green or Kelly Oubre may have already earned a spot in the starting lineup.

Overall, tonight will be an indicator of where the Wizards stand. 2-8 is very familiar territory for this team but it isn’t the same as it was two years ago. This team was supposed to be better than that team and quite frankly, I do not think that they are as good as that team. For starters, that team knew how to play together while this team does not. It may take a while for this team to find their footing but let’s hope that tomorrow is a step in the right direction. 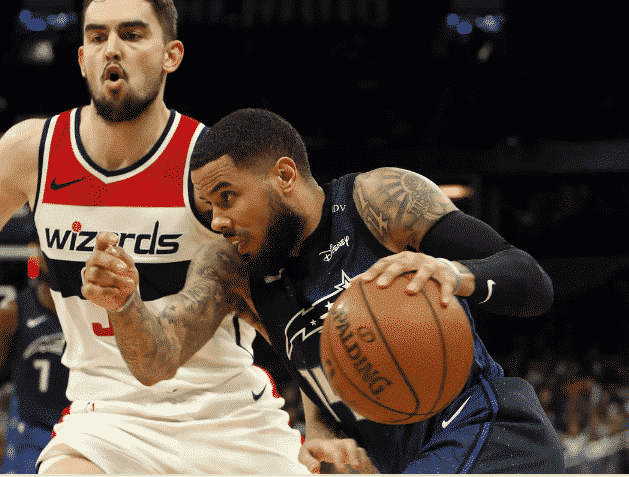